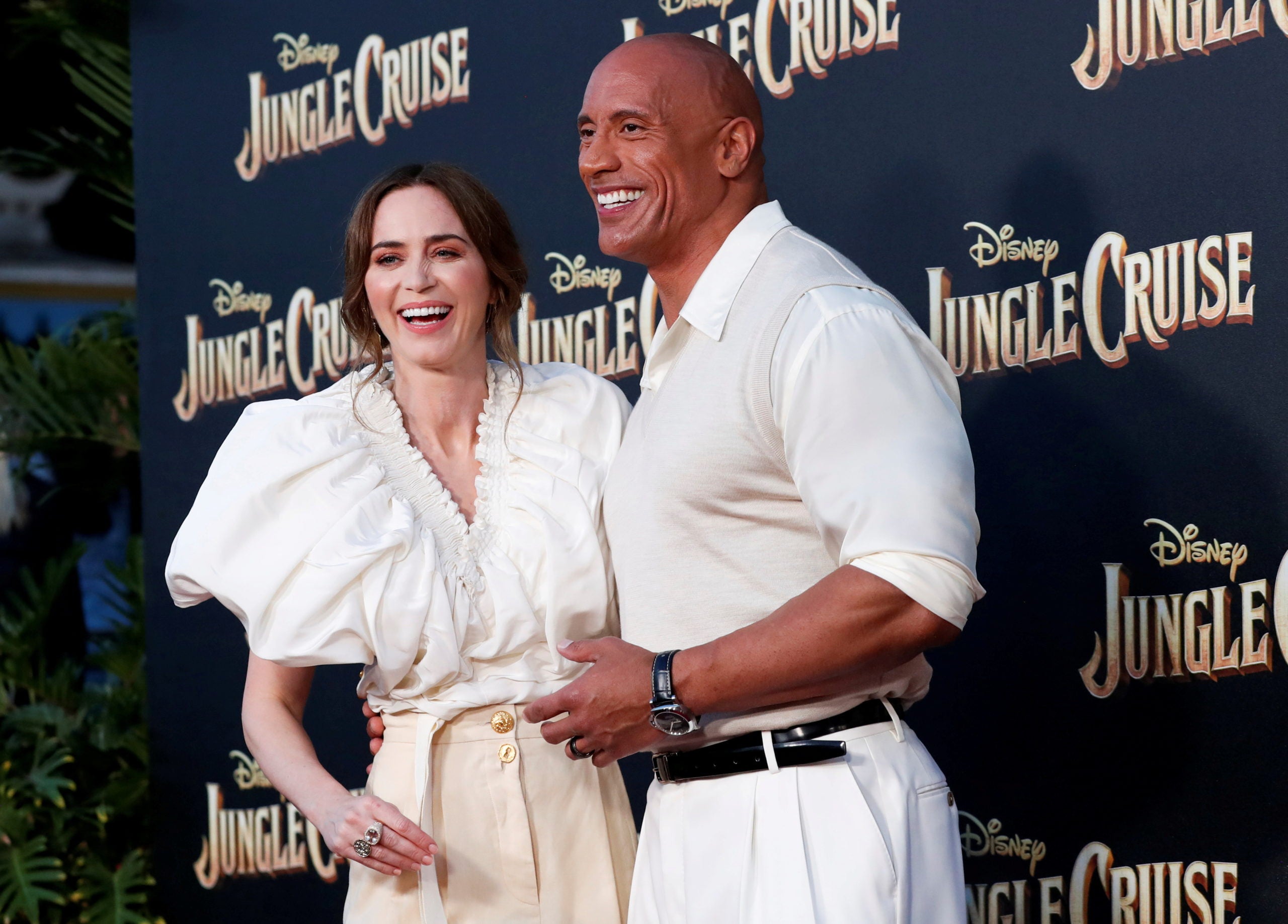 Blunt co-stars with Dwayne Johnson in the big-screen adventure, which debuts on Friday and was based on a Disney theme park ride known for groan-inducing jokes.

The actress described her action-hero character, scientist Lily Houghton, as an “adventurous, spirited girl” who will not conform to society’s expectations of women in 1917.

For one, Houghton dares to wear pants, a defiant choice at the time. Plus, she “ventures into the Amazon jungle in a pretty reckless way,” Blunt said.

“She is a really important character for girls and boys to see because she was a trailblazer,” the actress said in an interview. “Trailblazers are always a bit eccentric, and they do crazy things.”

Blunt liked that Houghton veers from many traditional on-screen roles for women.

To play Houghton, Blunt said she was inspired by Indiana Jones, the iconic adventurer portrayed by Harrison Ford. “He’s not a slick action star,” she said. “He falls on his face. He’s scared of stuff.”

Disney is releasing “Jungle Cruise” simultaneously in theaters and for purchase on the Disney+ streaming service, a hybrid release plan the company has used during the COVID-19 pandemic.

If “Jungle Cruise” is successful, it could spawn a franchise like the blockbuster “Pirates of the Caribbean” movies, which also were inspired by a Disney ride.

Johnson plays Frank Wolff, the riverboat skipper Lily hires to take her and her brother (Jack Whitehall) on the perilous trek down the Amazon River. Frank is the “cheapest, most untrustworthy” option, Johnson said, but “very capable on a boat.”

And like the Disney ride operators, Frank revels in telling corny, pun-laden jokes. “He’s got sharp timing,” Johnson said, calling himself a “new-age pun slinger.” One joke in the movie: “The rocks you see here in the river are sandstone, but some people just take them for granite.”

“That’s the charm of the skippers,” Johnson said, “They tell these very bad puns that are so bad, they’re good.”