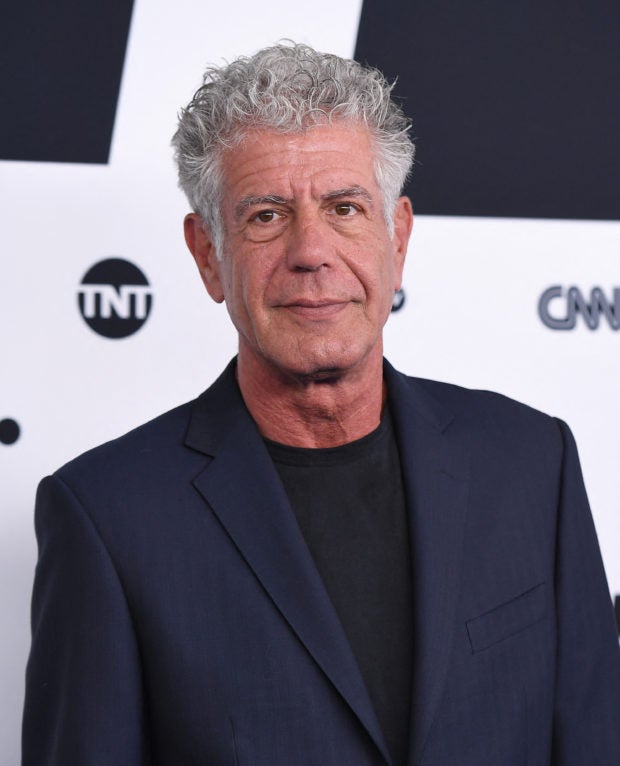 Anthony Bourdain attends the Turner Upfront 2017 at The Theater at Madison Square Garden on May 17, 2017, in New York City. Image: AFP/Angela Weiss

MMA fighter Ottavia Busia, Anthony Bourdain’s widow, revealed that she did not give the team behind the “Roadrunner” documentary permission to “deepfake” the late chef’s voice.

“I certainly was NOT the one who said Tony would have been cool with that,” Busia tweeted on July 16, countering filmmaker Morgan Neville’s claim in an interview with GQ.

I certainly was NOT the one who said Tony would have been cool with that. https://t.co/CypDvc1sBP

In the feature published on July 13, Neville stated that he had checked with Busia and Bourdain’s literary executor “just to make sure people were cool with that.”

“And they were like, ‘Tony would have been cool with that. I wasn’t putting words into his mouth. I was just trying to make it come alive,” Neville explained.

Busia and Bourdain, who tied the knot in 2007, have one daughter. They separated in 2016, but did not formally divorce, according to People on July 16.

The use of deepfake technology to re-create the late television icon’s voice was met with mixed reactions following its release, with many questioning the ethics behind Neville’s decision.

“Roadrunner” comes around three years after Bourdain committed suicide at the age of 61 in France, where he was shooting for his show, “Parts Unknown.” Ian Biong /ra

A deepfake bot generated ‘nude’ pictures of over 100,000 women