“My monstrous side comes out only when my actors don’t listen,” said film and TV director Cathy Garcia-Molina as a warning to young talents she would be working with in the future. It’s the youngsters’ “baptism of fire” of sorts.

The director recently attended a virtual media conference to introduce the four cast members of her latest film, “Love at First Stream.” Daniela Stranner, Anthony Jennings, Kaori Oinuma and Rhys Miguel will be headlining this coproduction between Star Cinema and the Philippine-based streaming platform Kumu.

“I’ve had two days of workshop with them, so they know that I have a monstrous side. They also know that this comes out when they don’t listen, but that this also brings out the best in them,” Cathy shared with show biz writers and vloggers recently.

Cathy pointed out that she is not merely bragging about her accomplishments as a director. She really did manage to launch several onscreen partnerships to stardom. “This started with my first movie, ‘Bcuz of U’ (starring Kristine Hermosa and Diether Ocampo, released in 2004). I was given a lot of new pairings, not necessarily new actors, but new combinations. Thank God the audience accepted them. These include John Lloyd Cruz and Sarah Geronimo (in ‘A Very Special Love’); and Enrique Gil and Liza Soberano (in ‘Forevermore’).”

She’s excited for the chance to work with new sets of love teams. “They’re like sponges, they absorb everything. They’re willing to learn. They’re also like blank canvasses, where I can paint beautiful pictures on. As long as they’re not stubborn and are willing to learn, then we’ll all get along.” 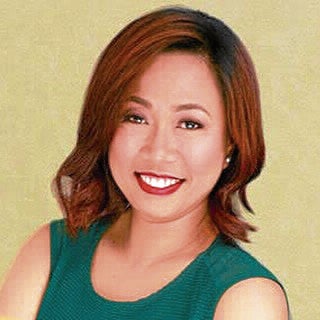 Cathy explained that her willingness to teach young talents comes from the fact that she was once a newbie herself and had mentors to guide her. “My mentors trusted me, therefore, you have me as who I am now. I’m nothing if not for them. It’s now my turn to give back that trust, to help the new ones eventually become the big stars of Philippine cinema.”

When asked which set of actors Cathy feels more pressured to work with, the newbies or the more experienced ones, the director pointed to the latter. She explained: “Up to now, I still feel like a beginner whenever I work with celebrities. I always think they would question me when I ask them to do a Take Two. I’m more pressured because of the audience’s expectations. What’s good about the new ones, like these four, is that people don’t know what to expect from them yet.”

Cathy, however, added that she was being realistic when she said, “it’s not for me to say if they’ll be the next LizQuen or KathNiel (the pairing of Kathryn Bernardo and Daniel Padilla). It’s really the viewers who will decide, but they will have their own brand eventually. I also believe that these kids have what it takes to perform well—that, to me, is what’s important. For now, they have to prove they’re worthy of the shot that Star Cinema has given them.”

Cathy explained that the story was created first before they came up with the cast. As the title implies, the four will play streamers in the movie. “It started with one random question from one of the bosses of Kumu if I could make a movie about the said streaming platform. I told them this was possible, but Star Cinema has to be on board, too. We then picked the actors whom we think are suited for the roles,” she said.

The director also pointed out that the four were chosen from several selections. “It wasn’t that easy because I’ve seen all of them in workshops and I know that they’re all capable. We then tweaked the story to highlight what they can give,” said Cathy.

She, however, refused to give more details on the movie just yet. “Of course there will be audience participation, too. The audience always plays a big part on Kumu. We know that,” she said. “One thing is for sure, the title may imply that this is merely a youth-oriented movie. Let’s not forget that I’m here to represent my generation. It’s something that people in various age groups can relate to. It’s like a love letter to each of the generations.”