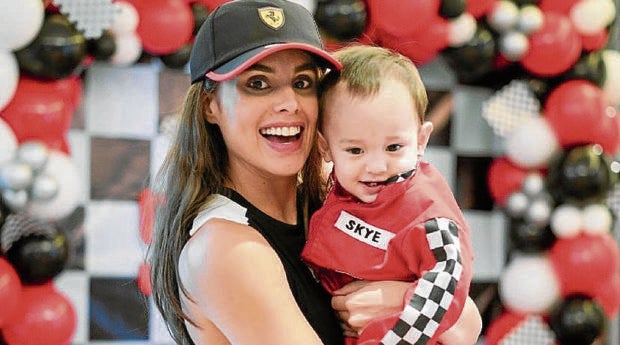 After spending every day with her son for the past year, Max Collins couldn’t help but feel “mom guilt” when she finally returned to the teleserye grind recently.

“I always feel guilty when I have to leave Skye. So, I just think that I’m doing this for his future. I just use the pain in taping and in my scenes!” Max said at a recent virtual press conference. “It’s just really difficult being away from him. But I’m glad that he’s not yet old enough to talk and ask me to stay.”

The 28-year-old actress, who took a break from show biz in 2019 to focus on pregnancy and motherhood, is set to headline the new GMA 7 primetime series “To Have and to Hold.” She and her costars, which include Carla Abellana and Rocco Nacino, had already completed a one-month locked-in taping session, and will have another one by the end of July.

State of their marriage

“While I was there, I tried talking to Skye through FaceTime. He couldn’t really recognize me on the small screen, though,” she related. “So, I made sure to make it up to him once I was done. And we have been inseparable ever since.”

Earlier this month, Skye turned 1 and had two birthday parties to boot. What caught social media users’ attention, though, was that Max and her husband, actor Pancho Magno, weren’t together in both events. This prompted questions about the state of their marriage.

“My friends organized a surprise party for Skye, and it so happened that Pancho wasn’t available, because he was in taping. The next party, I couldn’t attend because I had an endorsement shoot,” she told the Inquirer. “Skye was happy both times.”

Max also explained why she hasn’t been posting photos of Pancho on her Instagram page in a while. “It’s just that I’m focused on my project now; the focus is on me being a leading lady. It’s something Pancho understands. That’s what’s most important, the understanding between us,” she said.

As for plans of having another baby, Max said that work will be their priority for now. “I have just gotten back to work. If God gives us a new baby, that’s great. But it’s not currently in our plans,” she said.

Motherhood is a tough job, even more so in the past year because of the COVID-19 pandemic. “One of the big challenges for me is lack of sleep. I do get deprived of it as an actress during tapings. But it’s different as a mom. You will never be able to sleep straight because the baby wakes up often. Sometimes, I feel like I’m in zombie mode, but I have gotten used to it,” she said.

“You also can’t take your eyes off Skye because he’s so malikot,” she added, laughing.

But seeing Skye grow up before her eyes makes all the hard work and sacrifices worth it. “He’s so big, happy, bungisngis. He’s growing up fast, and I’m in awe [of] how big he has gotten now. I’m just loving every moment with him,” she said. 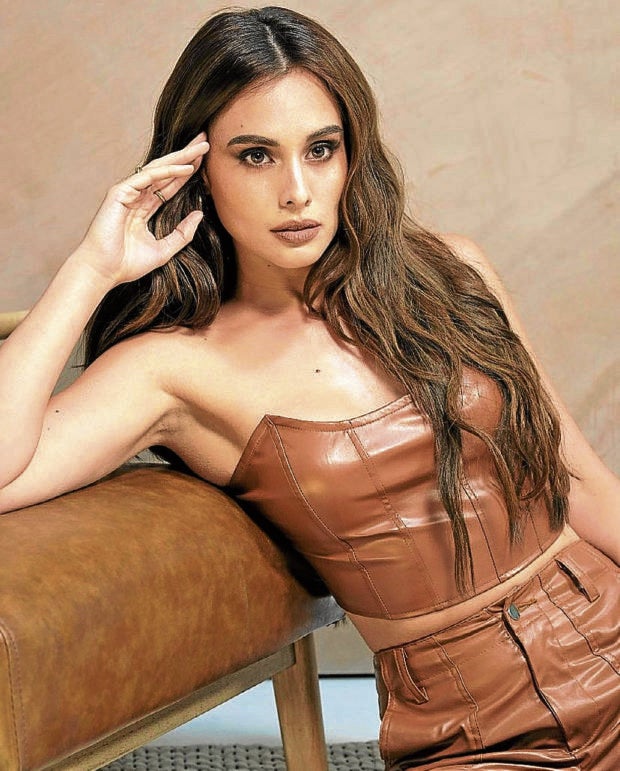 During quarantine, exercise was another thing that kept the Kapuso artist “sane.” In turn, it helped her get back into shape for her new series, which is a sexy, romance drama. “It’s not easy being stuck at home, so you have to find ways to stay active,” Max pointed out. “Working out is a part of my lifestyle. I enjoy it, so I didn’t feel pressure to lose weight. There’s no secret—it’s all about consistency.”

Max is particularly excited about her role as Dominique, whom she described as a “grey character.” “Some things she does can be perceived as wrong, but it’s my job to humanize her and show the viewers why she does what she does, so they can sympathize with her,” she said. “No one’s a villain in this series, because they’re all victims of circumstances. They’re flawed, but have a good side, too.”

Max, who has been with GMA 7 for 10 years now, recently renewed her contract with the network. And she hopes that she can continue getting varied roles in her next 10 years.

“I have done drama, fantasy, action and comedy. I have learned so much here,” she said. “And I hope motherhood doesn’t limit the roles I get, because I feel like I can still push harder and improve myself. I want to be better, so my son can be proud of me once he’s old enough.” INQ