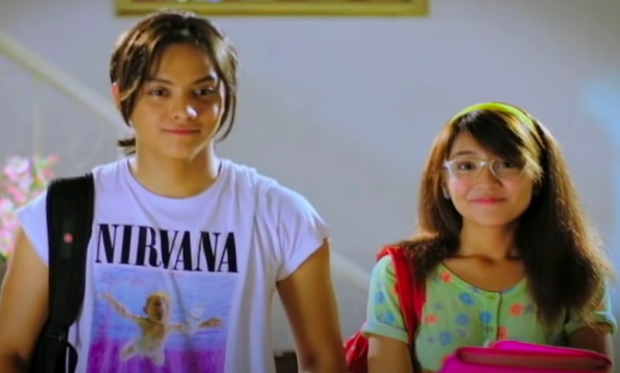 Kathryn Bernardo’s mother, Min, is nothing but grateful to KathNiel fans as she marks the 7th anniversary of the release of “She’s Dating the Gangster” (SDTG).

The loving mom’s post came with several throwback photos of Kathryn and Padilla from the said film. Among the photos is a collage with the caption “Happy 6th SDTG.”

Kathryn and Padilla’s coming-of-age romantic comedy premiered in theaters on July 16, 2014. “She’s Dating the Gangster” was directed by Cathy Garcia-Molina and is based on the Summit Media novel by Bianca Bernandino.

Set in 2006, “She’s Dating the Gangster” follows the story of Kathryn’s Athena Dizon and Padilla’s “gangster” Kenji Delos Reyes, who both pretend to be a couple to get Kenji’s ex-girlfriend, also named Athena, jealous.

Bernardo and Padilla have since starred in many other projects together, including “The Hows of Us,” “Barcelona: A Love Untold,” Crazy Beautiful You,” “Can’t Help Falling in Love” and “Must Be Love,” among others.