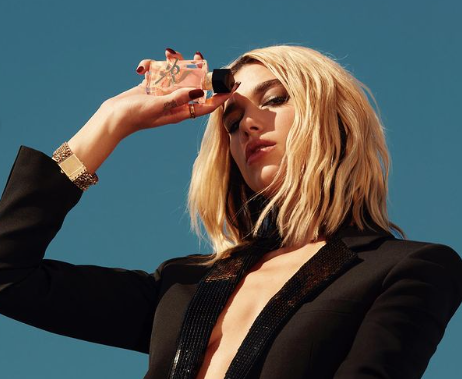 British superstar Dua Lipa has been sued by Integral Images for posting on Instagram a photo of herself taken by a photographer working for the said company.

The said photo was of Dua Lipa queuing at an airport back in February 2019, according to US court documents obtained and cited by the BBC yesterday, July 9.

She posted the photo on Feb. 7, 2019, around four days after it was taken, with the caption: “I’ll be living under big fluffy hats until further notice.” It has since been deleted.

The artist is accused of “knowingly” posting the shot “without permission or authorization,” and Integral Images is now seeking $150,000 (around P7.5 million), as well as a jury trial.

Integral Images is also asking for an order preventing the singer from further acts of infringement and legal costs, according to the report.

The company had applied to register copyright for the images and has since been granted the request on Feb. 20, 2021.

Under copyright law, the photographer usually owns the rights to a photo rather than the subject of the photo, as noted in the report.

The court documents also claim that the British singer profited from the photo, as her Instagram account is “monetized in that it contains content designed to accumulate followers who are directed to, via link and/or advertisement, consume and purchase [her] content.” Ian Biong /ra

‘A letter from a Mamma’: Gigi Hadid asks public, paparazzi to blur daughter’s face in photos