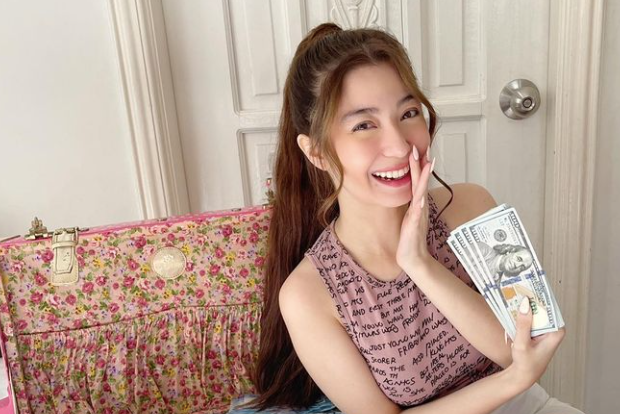 Donnalyn Bartolome has vented her frustrations after a fellow influencer who had borrowed P1 million from her failed to pay her back on the day promised. She said the borrower even used her name to get loans from other people.

“Gandang birthday gift sa akin. Utang na [one] million, gone just like that,” the vlogger stated, showing screenshots from her conversation with the unidentified borrower through her Facebook page yesterday, July 7.

(What a great birthday gift for me. A P1 million loan, gone just like that.)

The borrower supposedly needed P1 million as “show money” to purchase a car. He asked for Bartolome’s help on June 28 and said he would pay her back the following day. But despite a written agreement between him and Bartolome, the borrower has yet to pay back his loan.

“This guy is not the only one na nakautang sa akin (who borrowed money from me), but he is using my name to fool people into lending him money,” Bartolome said.

Gandang birthday gift saakin. Utang na 1 Million, gone just like that. This guy is not the only one na nakautang saakin…

It was not known if the borrower indeed bought a car, but he said he was willing to give his YouTube earnings to Bartolome so he could pay her back.

She also pointed out that the borrower was not supposed to spend the P1 million because it was to be used only  as “show money.”

“Pay up. Everyone who treats me with disrespect, minamalas (reaps bad luck),” she warned in a separate Facebook post on the same day.

To everyone I trusted, whether it’s hundreds of thousands or millions pa yan- the amount you will lose is far worth more…

Bartolome admitted that she should not have lent money to the said influencer, and warned fans not to get fooled. She stressed that for her, trust is worth more than any amount of money.  /ra