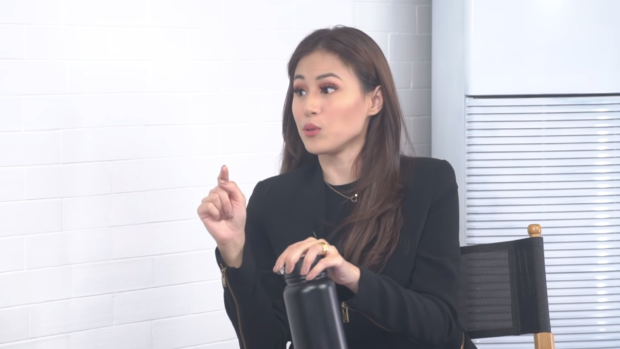 Toni Gonzaga revealed that she feels insecure when she is with fellow celebrities. Moreover, she added, she is “done feeding her ego,” which she said was her “biggest enemy.”

The actress-TV host also said that she does not mind being used as a “stepping stone” by her sister Alex Gonzaga in the latter’s career.

“I get insecure with other artistas (celebrities), with my colleagues, but never with my sister,” Toni told Will  Dasovich in his interview with her on his YouTube vlog yesterday, July 6. “You can use me as your stepping stone. Go, jumpstart your career. I am okay with that.”

She added that she and Alex were both taught to share what they have with each other, so Toni would often give part of her talent fees to Alex.

Toni and Dasovich then discussed the difference between earnings from television and those from YouTube, now that the actress has also set up her own YouTube channel. While Toni is grateful to have earned from her television stints, she admitted that she is no longer making decisions based on money.

“I think I’ve reached a certain stage in my life where I don’t decide anymore for profit,” she said in an earlier episode of Dasovich’s YouTube vlog released on July 2.

“I am done feeding my ego. I fed my ego for 20-plus years in the industry,” Toni stated. “I realized that was my biggest enemy, my ego. Because the ego is the idea that you have of yourself, that you’re carrying around you and that’s not helping you.”

The actress then stressed that she did not set up her YouTube channel for the money and that being driven by profits in one’s work is the “worst foundation.”

Toni is set to star opposite Pepe Herrera in the Philippine adaptation of the hit South Korean rom-com “My Sassy Girl.” The film finished production last December, under the actress’ company TinCan Productions.  /ra