Rise of rookies and return of old school in K-pop 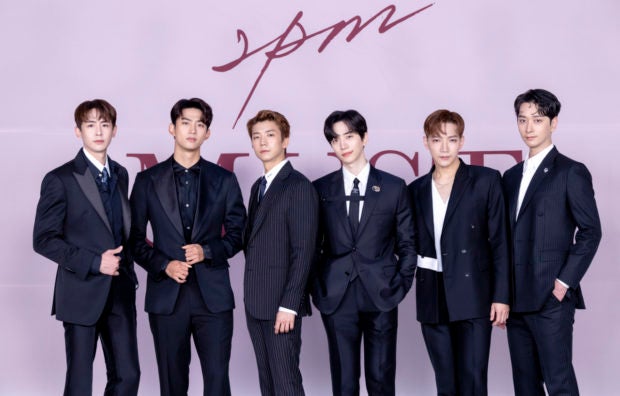 SEOUL — The return of group 2PM on Monday last week with their new album “Must” was special not just because they were officially reunited on the stage for the first time in five years, but also because the group managed to survive military service.

It is often considered natural for K-pop groups to grow apart or disband after time as the members grow old and eventually leave the original agency when their contract expires.

This was also the scenario some may have expected of 2PM when member Taecyeon enlisted for the military in September 2016 — the first of the five South Korean members to do so — and, on being discharged from the army 20 months later, left JYP Entertainment to sign contract with new agency 51K.

With Taecyeon no longer with JYP Entertainment, and other members all focused on their individual activities, another album was looking unlikely, but the stayed true to their word.

“During our concert in 2017, we said we’d come back, and we’re happy to be able to keep that promise. We’re grateful to our fans who have waited for us,” 2PM member Jun. K said during Monday’s comeback media event.

Although not as dramatic as 2PM, the year 2021 also saw several older generation idol groups make a comeback. SHINee, who also debuted in 2008, ended a nearly three-year absence in February. 2PM’s fellow group at JYP, 2AM, has said it will return soon, and rumors are circulating that Big Bang and SNSD are planning to release new albums this year.

These comebacks defy the traditional idea that idol groups enter a crisis when they hit the seven-year mark.

Just this year, members of JYP’s most popular third generation boy band GOT7 did not renew their contract with the agency, while GFriend of Source Music abruptly announced an end to group activities in May. GOT7 debuted in January 2014 and GFriend exactly a year after, both groups facing their seven-year point.

It wouldn’t be a stretch to say that GOT7 had been at the peak of its career, selling 450,000 copies of its album “Dye” last year, whereas GFriend’s comeback was hotly anticipated since their agency Source Music was acquired by K-pop powerhouse Hybe (previously Big Hit Entertainment) in 2019. 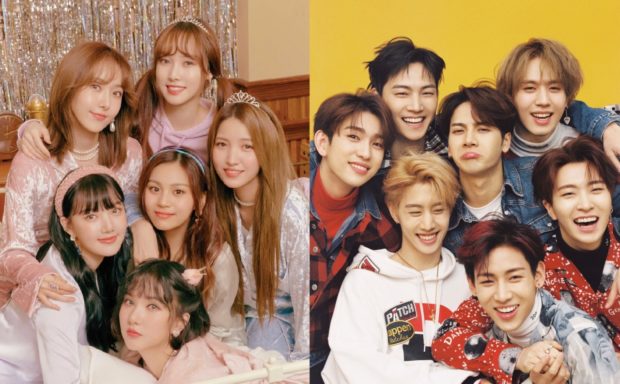 This so-called “seven-year jinx” mainly results from the rule set by the Fair Trade Commission in 2009, which stipulated that contracts between artists and agencies cannot exceed seven years. Before the regulation was passed, K-pop idols, who start as trainees mostly in their teens and debut in their early 20s at the latest, had often been victims of “slave contracts” that allowed them to be exploited by their agency.

Naturally, this seven-year point has often become the turning point for members of idol group to decide on whether to continue with the company or set out on a separate career.

Seven years is too short for fans, but to the artists, it’s often too much of a risk to sign another exclusive contract, especially as the main assets of a K-pop idol are youth, energy and the trendiness of their music.

Agency RBW of the girl group Mamamoo announced three of the members have renewed their exclusive contracts with the firm, whereas member Wheein signed a separate contract covering only group activities as part of Mamamoo that ends December 2023, after which she will leave the group. This means that Mamamoo only has a year and a half left as the four-member group we are familiar with.

While making these announcements, GFriend, GOT7 and Mamamoo all refrained from using the word “disbandment.” A Source Music staff said GFriend had made an “implied disbandment,” whereas GOT7 members reiterated through social media that they are not disbanding, and Mamamoo made sure they did not imply any sort of disbandment as long as the four members stay together as a group until 2023 as announced.

2PM also said Taecyeon’s change of affiliation would not mark an end to group activities, and this had applied same for other longstanding, big-name groups such as SNSD and 2NE1.

Disbandment itself is now not the issue. As much as they wish to make a return as a group, as 2PM have done, it is still a reality that each member of the groups must make a decision at the seven-year point.

“It’s unfortunate, but realistically speaking, it’s all about whether the group is likely to bring profit to the company even after they renew the contract,” pop-culture critic Kang Tae-gyu told the Korea Herald.

“Also, we cannot ignore age. Every year, younger and fresher idols are debuting. The key strength of the older idol groups will be their prospects as artists. So even if the group survives the seven-year point, this implies that the members now have to prove themselves beyond the limits as a planned-out group.”

It’s not only the companies that are making the calculations, but also the members who now have to worry about what opportunities they have outside the group. Although idol acts are often portrayed as family-like and tight-knit to the outside, they are fundamentally co-workers bound by legal contracts. So when it comes to the issue of whether they wish to continue working together, conflicts between the interests of each member can also prevent the groups from staying together.

For instance, five members of girl group Apink re-signed with Play M Entertainment, whereas member Son Na-eun moved to YG Entertainment, although making it clear that she is still a member of Apink.

Fans may wonder why the groups cannot find a new agency that will take into consideration all their interests and move together, but there are legally obstacles to this. The trademark rights to the group’s name usually belongs to the company, and with the end of contract, the members of the group will need to get approval from the firm to use their group name for any kind of money-making activity.

Members of first generation K-pop group H.O.T have been waging a legal battle over their rights to use the name, whereas group Beast had to change their name to Highlight when five of the members moved from Cube Entertainment to Around Us Entertainment in 2016.

Kang said the legal difficulties meant that it was almost impossible for a group to stay together after they are released from their contracts.

During the comeback media event last week, Taecyeon also noted this point, saying “It’s not common for a group to make a comeback after the members leave for a different agency. So it’s important that the members stay in contact and also build trust with the agencies. It’s important that you understand each other’s situations.” 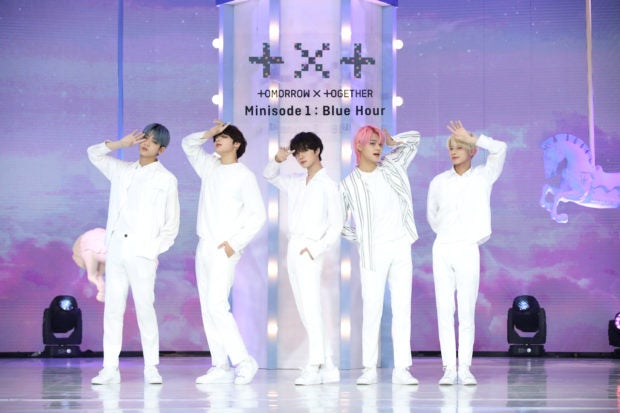 Rise of the rookies

Lessons learnt from previous generations have led agencies to seek out and train rookies who can write and produce music from the start, hoping that this will extend the group’s longevity.

While in the past, K-pop idols were considered performers on stage, rather than songwriters or musicians, it’s now become more common for members to contribute to production at an early stage.

Members of rookie boy band Ciipher took part in production of all five tracks on their debut album “I Like You,” with members Tag and Keita penning the lyrics of the main track, whereas member Bain of recently debuted Just B wrote the song “My Way” on their debut EP “Just Burnt.”

Such direct contributions by members themselves not only extends the lifespan of the groups, but also broadens the groups’ output. 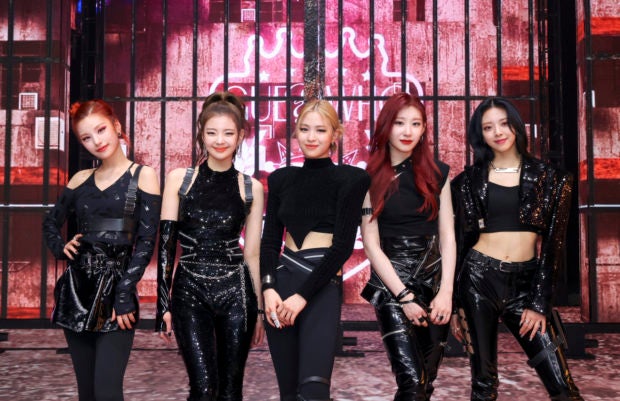 Girl group Itzy, which debuted in 2019, has been continuing a message of self-love and confidence since the beginning, whereas boy bands Tomorrow X Together and Treasure, who also debuted in 2019, have continued to speak about hope, empathy and self-love through their music. In case of group Enhypen, each of the seven members had been interviewed by the producers about their complicated emotions as they debuted through a fiercely competitive show, and such candid voices came to make up the song.

Ironically, it is the seven-year jinx that has given rise to the huge number of rookie groups. The years 2014 and 2015 saw an influx of new groups, and labels are looking for new groups to replace them as they near the end of their contracts.

To just name a few active groups who will mark their seventh anniversary soon, in 2014, boy band Winner and girl groups Laboum and Red Velvet debuted in August, and Lovelyz in November. In 2015, group CLC debuted in March, Oh My Girl in April, N. Flying and Monsta X in May, April in August, Day 6 and iKon in September and Twice in October.

While the agencies of Winner and Red Velvet, who mark their seventh anniversaries just next month, have not revealed their next move, members of the two groups have recently been more involved in individual activities, releasing solo albums or starting acting careers, hinting at a hiatus in group activities. 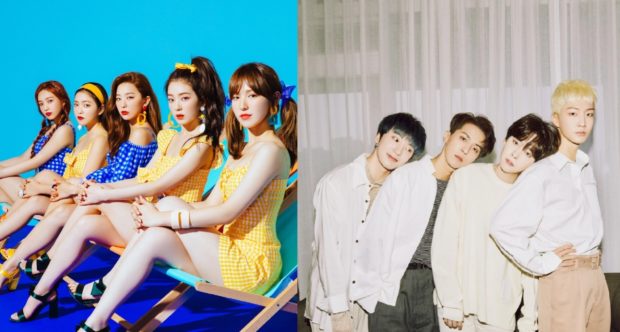 However, with the industry achieving global status and spreading over an unfathomably diverse spectrum, it is impossible for a single contract to decide the life and death of a K-pop band.

“The K-pop industry is like an organism that cannot be predicted or planned for perfectly. It moves according to changing situations resulting from so many different elements, from the members, the company, the fans, and technology,” Kang said. “This not only applies to the rookie groups, but also the older groups that are making a return.”

Park also commented, “nowadays, seven years is not even the minimum, as some groups even end before the seven-year point if the members and the company feel no need to continue. So, simple as it may sound, the key factor would be, how willing the bandmates are to continuing their identity as the group,” Park said.