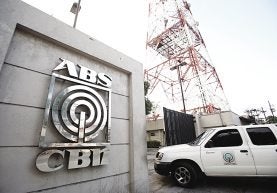 Photo by RICHARD A. REYES

ABS-CBN said in a statement the action series Brother started airing in countries such as South Africa, Kenya, Ghana, Madagascar. Fists of Fate also started showing in Africa last May.

“The company continues to syndicate its content through various streaming services and operate other businesses that do not require a legislative franchise, such as international licensing and distribution, digital, and cable TV,” ABS-CBN said.

In 2020, lawmakers allied with the Duterte administration ended the company’s bid for a new broadcast franchise, following through with Duterte’s threats to shut the network down.

ABS-CBN shows are available on TV via the Kapamilya Channel, TV5, A2Z, and Jeepney TV across the Philippines and online via Kapamilya Online Live, which is streamed on ABS-CBN Entertainment’s YouTube and Facebook pages.

Its shows and films are also available for streaming on iWantTFC and TFC, while some of its programs are streaming on Netflix, WeTV and iFlix.