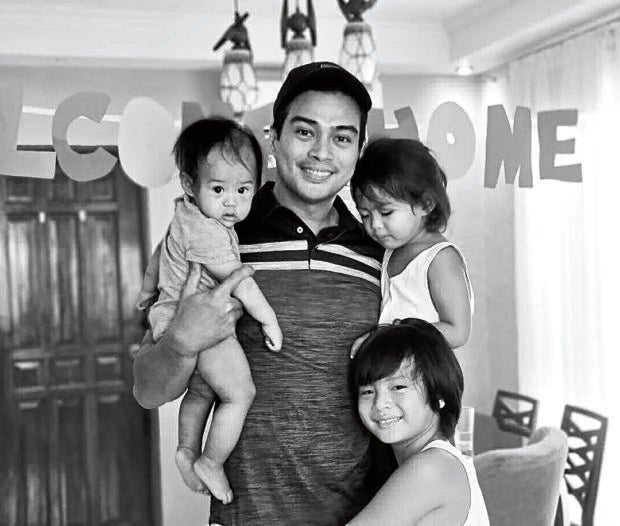 According to actor Marco Alcaraz, who successfully battled COVID-19 last April, it is important that a patient is given words of encouragement by people he cares about, as well as those who may have had similar experiences or are going through the same ordeal.

Marco, who was asymptomatic, said he was lucky that he went into a 14-day quarantine along with other teleserye costars and staff members who also tested positive for the virus. “At least I found an effective support system there,” he pointed out.

“It’s true what they say, that more than the physical struggle, it’s really the mental anguish that will get to you. I really wanted to be with my family but I couldn’t because I was also concerned about their safety,” said Marco, who has three sons with beauty queen-turned-actress Precious Lara Quigaman, namely Noah, 8; Tobias, 3; and Moses, 9 months.

Marco said it was also good that he didn’t have to explain to his older kids why he had to stay away from home for a little while longer because of quarantine. “Since they have access to the internet, children these days are smarter. They understand issues more than we think they do. Also, their mom was there to explain to them what asymptomatic means, and that I’m good so there’s nothing to worry about. We just told them to pray and to leave everything up to Him,” the actor said.

As to what Marco learned from his COVID-19 battle, the actor replied: “Whether or not you’re physically strong and you’re eating healthy, the virus will still get you. You also have to take care of yourself mentally. You will be thinking and worrying about all sorts of things while you’re in isolation. This is also why, in the beginning, I was hesitant to create a vlog entry about my experience. Later, I realized that it’s better to share it with people; to tell them that if you have the Lord in your life you will get through anything.”

Recently, Marco and Lara have decided to get inoculated, “despite the negative side effects of the vaccines that we’ve been reading about.”

The couple was among the first celebrities who participated in the vaccination program organized by the Metro Manila Development Authority along with the Metro Manila Film Festival and the Movie Workers Welfare Foundation.

“At first, we were hesitant because we’ve been hearing a lot of negative reactions. Before getting the shot, we prayed first to seek guidance on what we should do. We took AstraZenica. We felt muscle pains the following day and that was it. Two days later, we’re already feeling normal,” Marco recalled.

The actor said he and Lara understood the importance of celebrities like them getting their shots publicly. Hopefully, this will make more people realize how important it is for them to get vaccinated as well.

“Whatever brand is available there, go for it. What’s important is that we are protected from this enemy that we cannot see,” Marco pointed out. “What is two days of physical discomfort compared to if you get infected. You will not only struggle physically but also financially with the huge hospital bill that you will incur. At the same time, by getting the vaccine, you are not only protecting yourself but also your family. I really encourage people to have a go at it so that we can all go back to our normal lives.”

Marco was the celebrity storyteller for the Father’s Day edition of the Inquirer Read-Along program last week, in partnership with Ang Pinoy Storytellers.

He read to 75 schoolchildren via Zoom—and others on Facebook—the book, titled “May Genie ba sa Bote ng Daddy ni Rocky?” written by Segundo Matias and illustrated by Gani Maduneno. It tells the story of two children with contrasting fathers. “I just aim to be a better version of my Daddy,” said Marco when Inquirer Entertainment asked what he’s like as a father to his three boys. “I try to apply all the good things I remember that my father did for us when we were young. At the same time, the parenting style that Lara and I felt was too old-fashioned, we consciously tried to make do without. 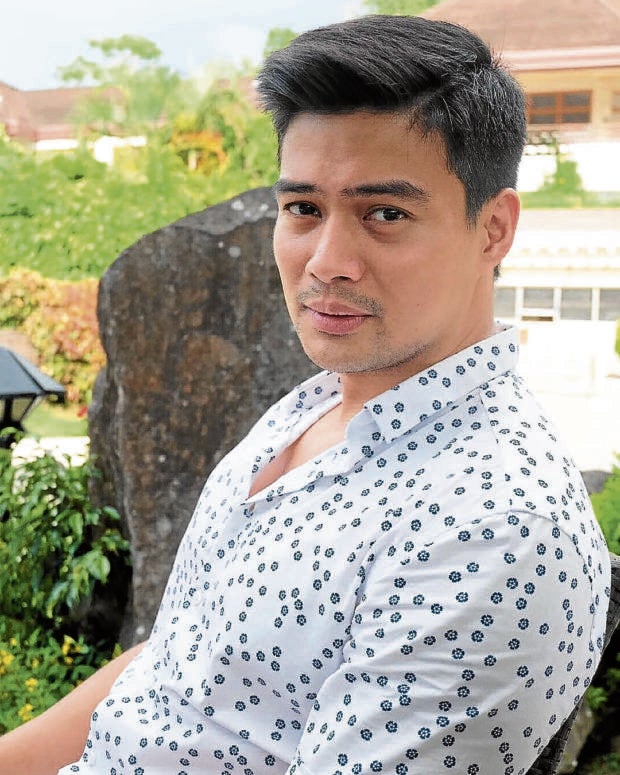 “An example of this is smacking your children with a slipper or a leather belt but failing to give them an explanation on why they got a spanking. We still discipline them but we make sure to tell them why we had to do it and make them understand that we don’t like hurting them,” he said during an interview after the hourlong session with the kids.

Marco said he would often remind his sons that they are “blessed to have a voice” because, unlike him and the children of his generation, their parents listen to what they have to say.

“We never experienced this kind of treatment from our parents when we were young. We had to eat whatever food was served to us during dinner, whether we liked it or not. If we don’t eat, we don’t only go hungry, we also get scolded. If we’re served vegetables, we can’t appeal to have this changed to hot dog or tocino,” Marco said, laughing.

He then recalled how his relationship with his own father was like growing up.

“My dad is much like the father in the story I read; he is strict. He would also spank his kids. I guess that’s his way of showing how he cares for us. He would discipline us because he didn’t want us to go astray,” Marco explained. “Now that I’m a father myself, our relationship has improved—slowly but surely.

“I learned that he is also proud of what I’ve eventually become, of what I’ve achieved. He would tell his friends all about me,” said Marco. “We talk more these days. We’re still not as vocal as we should—we’re not the type who would say ‘I love you’ to each other—but we’re now more open.” INQ