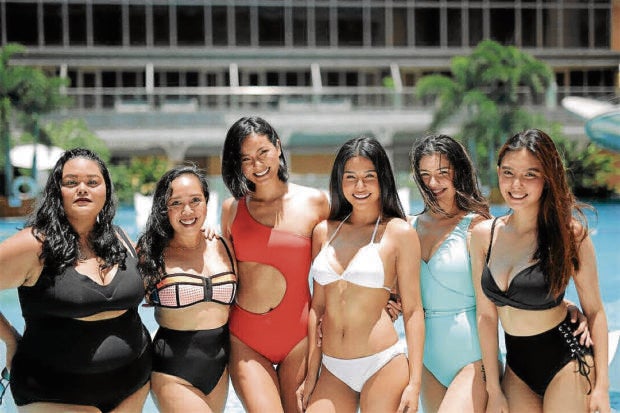 One of the highest-rated episodes of the primetime series “First Yaya” was last May’s “bikini showdown,” which had lead star Sanya Lopez and other female cast members parading around a pool in their swimsuits.

However, online bashers seemed to have missed the message and still went on to nitpick the said actresses’ bodies.

But they won’t have it, the actresses stressed. While there are times when keeping quiet is the best course of action against bullies, there are also times, they said, when one has to take a stand.

“I don’t engage with bashers for the sake of it. I also try to educate them about issues like body shaming. I would like to think that, by doing so, I’m not just defending us. If they can do it to us, they can do it to all women,” Kakai said in a recent video conference for “First Yaya,” which will air its finale today.

“We shouldn’t just tolerate them or let them have their way all the time. They have to realize that what they’re doing is wrong,” added the actress who plays Pepita, the President’s (Gabby Concepcion) mayordoma who made life initially difficult for Yaya Melody (Sanya).

Kakai is no stranger to nasty remarks about her physical appearance, and so she has made body positivity one of her advocacies on social media.

“We have to raise awareness about body shaming. We have to be assertive and firm, because we’re also taking a stand against anything that hurts women,” she said. “We’re for women empowerment.”

Even Sanya, whose physique is already considered conventionally attractive, wasn’t completely immune to the bile of critics.

“I typically don’t respond to bashers because, whatever you do, they will have something negative to say about you. Sometimes, I take the comments constructively—perhaps there’s truth to them,” she said.

But Sanya agreed with Kakai: Sometimes, you have to speak up.

“I didn’t want to give the comments attention. But Ate Kakai is right. She said, ‘Kapag ‘di ka nagsalita kakaya-kayanin lang nila tayo.’ If something’s wrong, you have to speak up,” Sanya explained.

Bashers used to poke fun at Cai, too. But what she has realized, she said, is that the insults lose their fangs when you own them.

“I don’t get bashed as often nowadays. Maybe it’s because people already know that I have accepted the fact that I’m fat—but I’m sexy, too,” Cai said. “Some people bash you because they want to hurt you. But if their words lose their meaning, then they fail.”

But still, when lines are crossed, bashers should be “put in their place,” said Cai, who plays Norma, head of the President’s helpers and Yaya Melody’s confidant. “But if they don’t feed me or pay my salary, I don’t care.”

In any case, the girls are thankful to have someone like Kakai, whom they consider to be a mother hen of sorts.

“I’m thankful that, in our group, there’s someone who speaks for us. We have a big sister who protects us. She doesn’t let other people step on us,” Sanya said.

Meanwhile, 2016 Miss Universe Top 6 Maxine Medina added: “I have had my fair share of bullying back when I competed and during my reign. I try to look at the brighter side of things and not let issues or negativity get the best of me,” said Maxine, who plays Lorraine, one of the show’s antagonists.

The beauty queen-turned-actress likewise appreciates the bond and dynamic among the girls in the series, despite differences in personalities.

“We’re all different, but we jive well. I feel thankful and blessed to be surrounded by these women,” she said. INQ