Pop-punk is making a comeback 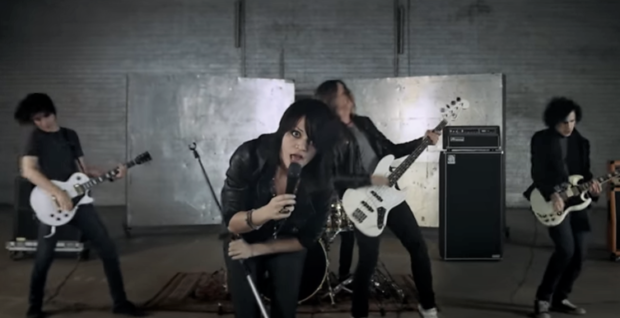 Pop-punk is making a comeback. Of course, pop-punk never disappeared. I know that. What I mean by that statement is that mainstream music once again has begun to showcase more pop-punk musically inspired artists and bands, or at the very least, you can hear strong pop-punk musical influences in their songs.

This also means that some of the biggest artists and acts now have gone pop-punk. Whether that is for the short term or long term, only they know. Regardless, it is a welcome change to the music landscape to hear them perform that way.

Indeed, trends in the music industry come and go. Nothing is permanent. It is an endless cycle. This time, the cycle has shifted or leaned towards pop-punk once more. The last time this happened was more than a decade ago and it paid off big time in launching the music careers of then-relatively unknown bands.

The very early 2000s to the late 2000s were the prime years of pop-punk dominating the radio airwaves, album sales and music channels, leaving such a strong cultural presence on our side of the globe in those said years. This was pre-social media taking full effect on our lives, years before streaming services like Spotify were invented, and of other online technological advancements we have right now that make discovering new and under-the-radar bands so much easier.

Now, a lot of those bands and artists in those said years are older and majority of them are no longer performing. The few that are still performing are not the same bands and artists musically as we remember them to be. Of course, they changed and adapted to the music landscape over time.

Let us remember and check on the status of some of those bands and artists I name below:

The Used are still active and performing despite that their original fan base has dwindled. But slowly their name recognition within the current generation of music aficionados is on the rise. Additionally, The Used has released a brand new album.

My Chemical Romance has a status of a band reuniting for special events and doing one-off concerts every now and then. Their status as a touring and active band, however, is somewhat unclear these days. They were a major component and reason as to why there was a pop-punk era in the 2000s. They were amazing, to say the least, because their music was so distinctive of that era. They pretty much captured it all in one awesome album. Remember ‘The Black Parade’? I sure do.

Paramore, although not entirely pop-punk in the literal sense of the term, happened to be around the same time. They are vocal in their admiration for this sub-genre of rock and have shown on occasion that their own musical roots have leaned towards that sub-genre on select songs from their past albums. The status of Paramore is unclear with the current pandemic as has befallen almost every other band for the same reason. The lead vocalist Hayley Williams released another solo album a few years ago. The overall sound is very far from her full band sound and is an acquired taste musically. Their hit single “Ignorance” was the most pop-punk of their older released albums. It is my favorite, in fact, of all their songs to this day.

Blink-182 is still active minus original member Tom DeLonge who was replaced by a new guitarist. Blink-182 performs in the biggest music festivals in the world. They were inactive for a good number of years during the middle part of that era in the 2000s and their full return was long-awaited by many. That band right there is a big one that played a significant role in making the youth of the time embrace the sub-genre of rock of which Blink-182 helped bring back to the masses in their own fun, childish and enjoyable way that only they can do.

Green Day, the legendary pop-punk trio, is now certified Rock and Roll Hall of Famers. These legendary artists are the “Fathers of Pop-Punk” to everyone under certain age groups. They are highly influential to them. Green Day effectively kickstarted the transition of what was an underground sub-genre or a sub-genre that was not embraced by the majority of people to what pop-punk is today since way, way back in the mid-1990s and moving forward to the 2000s. I was listening to Green Day and buying their albums way before “American Idiot” their landmark album was released and became their most successful album to date. Once underrated, Green Day is now appreciated by all. Their current status is unclear. However, Billie Joe Armstrong, the lead singer and guitarist, does occasionally post videos of himself performing classic Green Days songs with his talented kids and friends in the music industry.

Avril Lavigne. I cannot forget about her as I come from the same generation as she does. To think that she is probably the oldest female artist of that batch of bands and artists and she came before such bands that are considered iconic now like that of Paramore. Avril Lavigne is the only artist from that era whose physical appearance has not significantly changed or even gotten older. She is practically ageless despite being in her mid-30s and yet she still looks the same and performs almost at the same level as she did since the early 2000s. This reminds me to encourage everyone to watch her new collaborations and music videos because she has certainly reverted back to her more pop-punk roots.

I have mentioned bands and artists that have become musical influences now of the current crop of bands and artists that have embraced pop-punk into their music. Whether they are sincere or not in this, it does not matter anymore at this point. The bigger picture is that they are helping in the resurgence of a beloved sub-genre of rock that has been forgotten over time. 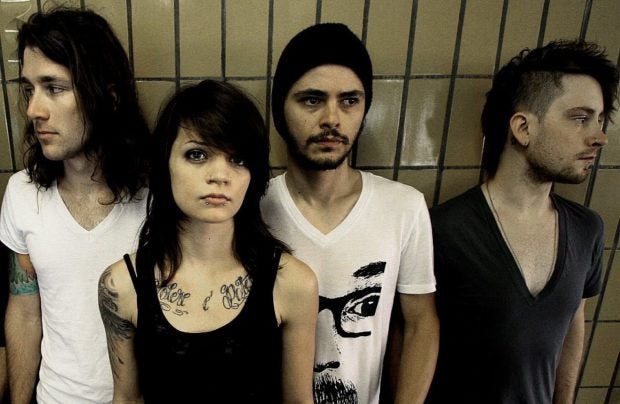 Then, you have indie bands now who are so spot-on in embodying that era that one can mistake them to have come precisely from that era, the early 2000s. One such indie band, I have accidentally stumbled upon very recently and ended up liking a lot is a little-known indie foreign band called Fit For Rivals. The song “Damage” from Fit For Rivals is really nostalgic and memory-invoking for me of that awesome time in music.

Fit For Rivals lead singer Renee Pheonix reminds me physically of the lead singer of Flyleaf and she does sound like her a bit. There is aggression in her voice, the soft and loud vocal dynamics are present, and that almost “rough and raw” vocal quality is there also. All in all, she is a great singer in the era of music we are in now. Renee Pheonix of Fit For Rivals would have perfectly fit in that past era and she would have done well. Fit For Rivals is a perfect case of an indie band that could have made it into the mainstream if they were in a past era or a different era in music. But, of course, the goal here is for them to be big in this time.

Fit For Rivals is a definite reminder that there is a good number of other current indie bands out there that belong and fit into the pop-punk mold. You just have to take the time to find them.

For me, it feels great to have been around that era of music and to be old enough to talk about it and experience its resurgence happening as we speak. Back in the early to mid-2000s, there was palpable excitement in the air, there were so many bands to choose from both local and foreign, there was this feeling of belonging among the various music communities, the songs that these bands put out really captured that time and it was just an exciting time altogether. It is hard to put into words memories and experiences. How I wish the new generation now could have experienced those years.

I feel a bit of all of those things right now coming back but of course, they are different and not entirely the same. Based on my keen observation, I can say that the new generation is only beginning to discover pop-punk in the way it is presented now in its mainstream form. Discover them. Enjoy the experience of discovering and re-discovering local and foreign pop-punk bands on your own. Hopefully, this time, pop-punk is here to stay.

Ely Buendia on haters over his Eraserheads ‘were never friends’ remark: ‘The music is all that matters’

Read Next
Diana Ross says ‘Thank You’ in new music after 15 years
EDITORS' PICK
Nintendo Switch new model – Nintendo Switch OLED is coming!
MVP Group mounts unprecedented vaccination drive for 60,000-strong workforce
Duterte recalls decision to junk VFA after meeting with top US official
Finding your dream home is now easier with RLC Residences
Metro Manila under ECQ from August 6 to 20
NCR under GCQ ‘subject to heightened & additional restrictions’ until August 5; no dine-in
MOST READ
Metro Manila under ECQ from August 6 to 20
Wizards trade Russell Westbrook to Lakers in blockbuster
Eumir Marcial eyes repeat vs fellow pro Darchinyan for sure Tokyo medal
OVP ‘insulted’ by Trillanes’ claims vs Robredo in meeting with Lacson
Don't miss out on the latest news and information.