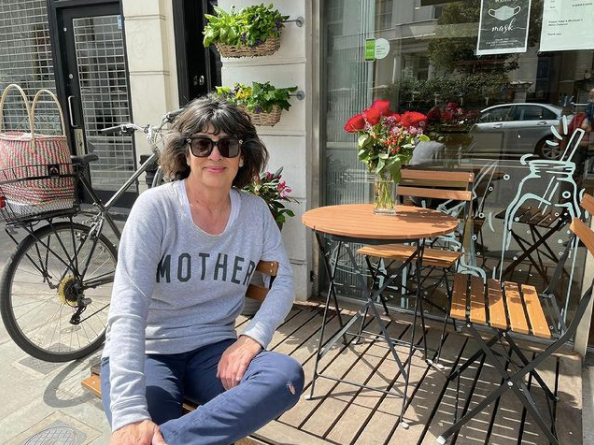 LOS ANGELES — Veteran broadcast journalist Christiane Amanpour told viewers Monday that she recently had surgery for ovarian cancer and will undergo chemotherapy for a period of weeks.

Amanpour, who has not been hosting her program for CNN’s international outlets for the past four weeks, returned to the air Monday and opened her program with remarks about her condition.

“I’ve had successful major surgery to remove it and I’m now undergoing several months of chemotherapy for the very best possible long-term prognosis, and I’m confident, “Amanpour said on her London-based show.

“Always listen to your bodies,” she told viewers, urging them to make sure “that your legitimate medical concerns are not dismissed or diminished.”

Her medical process will be the latest in many battles she has witnessed. Over a multi-decade career at CNN (and a brief interlude at ABC News), Amanpour has taken viewers to the site of major conflagrations in the Middle East and eastern Europe. She currently hosts both a nightly interview program for CNN International as well as a weeknight program for PBS, which replaced Charlie Rose’s long-running interview program. She has anchored the international program since 2009.

Amanpour started working at CNN in 1983 an entry-level assistant on the international assignment desk at CNN’s headquarters in Atlanta. Over the years, she rose through the organization to become a reporter in its New York bureau, and later at the network’s leading international correspondent.

During her remarks, Amanpour said she wanted to place an emphasis on “early diagnosis,” and told female viewers to “get all the regular screenings and scans that you can.” JB