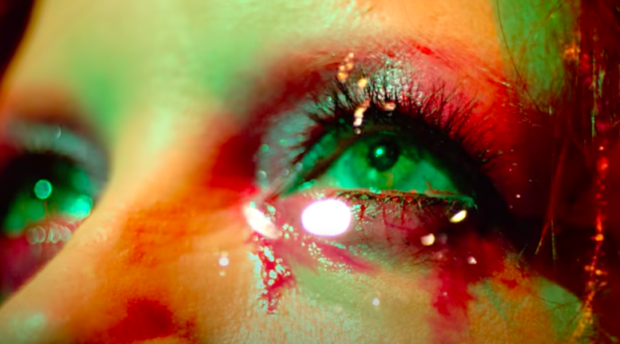 Shirley Manson. Image: screengrab from official video of “No Gods No Masters,” YouTube/Garbage

Garbage lead singer Shirley Manson has never been the retiring type, but any lingering reticence is ditched on the group’s new album as she unleashes decades of frustration over gender, race and climate issues.

Since jolting 1990s airwaves with electro-rock classics like “Stupid Girl” and “Queer,” Manson has been one of the most charismatic and uninhibited women in music.

But the explicit politics on the seventh Garbage album “No Gods, No Masters,” out last Friday, are something else.

The tone is set with the opening salvo: “The men who rule the world / Have made a fucking mess,” which goes on to tear into capitalism for its environmental destruction.

“The band gave me these soundscapes, and these words just came out,” she told AFP by video call. “All on themes that have been rocking around my body for a long time.”

Manson, 54, says she is “thrilled” that new generations of songwriters are speaking their mind and “not putting up with the crap that we did because we thought we would be punished.”

Even after a quarter-century in the industry, with 17 million album sales and a James Bond theme song under her belt, she is amazed at the misogyny she still encounters.

That frustration boils over on “Godhead” with its refrain, “If I had a dick / Would you suck it?”

“As recently as two days ago, a reviewer asked me why I was so angry and suggested I consider self-medication,” she said. “That is age-old sexism from the Victorian era: you don’t like what a woman is saying so you suggest she’s crazy.”

A male member of her family recently asked her if she “considers herself a musician.”

“I didn’t even know what to say. After 25 years in the same group, that’s hard to swallow,” she said.

“When I was younger, I would get really angry. Now I’m sort of bewildered, sometimes amused, but also determined to tackle this sort of misogyny towards women. Enough already — this is just silly!”

‘I would shoot myself’

She recognizes progress has been made compared with her childhood in 1970s Edinburgh, when her mother “didn’t even have her own chequebook,” and remains hopeful for the most part.

“Things are changing too slowly for my tastes, but in due time there will be equality for all. I have to believe that or I would shoot myself.”

The new album also touches on racial violence in the United States on “Waiting for God,” an issue she admits took her a long time to fully comprehend despite being a long-term resident of Los Angeles.

“Once I tuned into that story, I just couldn’t look away,” she said.

It gives a topical edge to the album even if it was actually completed before the pandemic and the race protests of 2020.

“These issues have been problematic for centuries so to claim prophecy would be really bogus,” she said, laughing. “But we were surprised the issues we chose to explore became topics of conversation in households all around the world.”

She sees the pandemic as an opportunity for the world, “people have been forced to think,” but despairs at the way musicians in particular were “left to rot.”

“Everyone and their dog got furloughed, except for musicians,” she said. “We will have lost a lot of burgeoning talents who were crushed economically and forced to leave music.”

Nonetheless, for Garbage, which features the drumming skills of Butch Vig (famous as the producer of Nirvana’s “Nevermind”), the future is exciting.

The band will soon be back on tour, alongside two other female icons, Alanis Morisette and Liz Phair.

“It’s rare that three women have managed to sustain these long careers. It’s glorious for young artists to see,” said Manson. “The way we look at it is: we’re three badasses. Come get it, motherfuckers!” JB

Why stop the hearings?