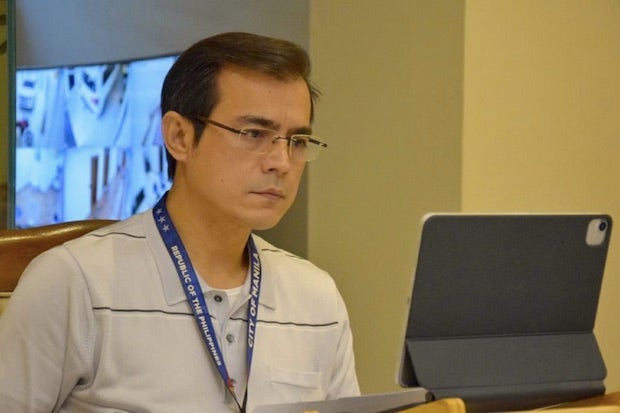 Manila Mayor Francisco “Isko Moreno” Domagoso will be taking on the role of Philippine hero Andres Bonifacio in the upcoming biopic helmed by Erik Matti.

On why the award-winning director wanted to tell Bonifacio’s story despite the many movies in the past, Matti shared that there is still a lot that people still do not know about the hero as these were not taught in schools.

“I think it’s crucial because Bonifacio marks the failure of a revolt against the Spaniards and we wanted to dissect that failure on why we could not unite as a country and win over the country back from its oppressor,” he explained.

“Mainly, it is run by a character story by Bonifacio, which we haven’t seen in most of the supremo movies,” Matti added.

Matti explained that the film is a “dissection of a man who failed to win the rebellion and how it affected him as a hero.”

On why Moreno was chosen to play the hero, Matti explained that “there are a lot of parallels to Bonifacio and Yorme.”

“They both come from Tondo, they are both theater actors and they all profess a love for Manila. I think that kind of identification together could actually be perfect for portraying the role of Bonifacio,” Matti said.

The “On the Job” director also shared that while they are considering many titles for the film, they are for now going with “May Pag-asa,” which was actually a pen name Bonifacio used back then.

With regards to the Filipino people’s plight amid the pandemic, Matti highlighted that they “wanted to tell a story that could be relevant for 2021.”

When CNN’s Rico Hizon pointed out that the film may be used by Moreno as a campaign vehicle when he runs for a higher office, Matti answered that they just want to make a movie, but that if Moreno does run, he will be “there for him.”

Filming for the said biopic, which will also be Matti’s first historical film, will start in three to four weeks. They have already been in pre-production for two months now, according to the director.

Matti noted that they will try to wait for cinemas to open before releasing “May Pag-asa” as he thinks “it will be worth it seeing on the big screen.” No expected release date has been announced as of this writing. Ian Biong /ra

Erik Matti on traumatic incident that ‘made me question my existence’