Erik Matti on traumatic incident that ‘made me question my existence’ 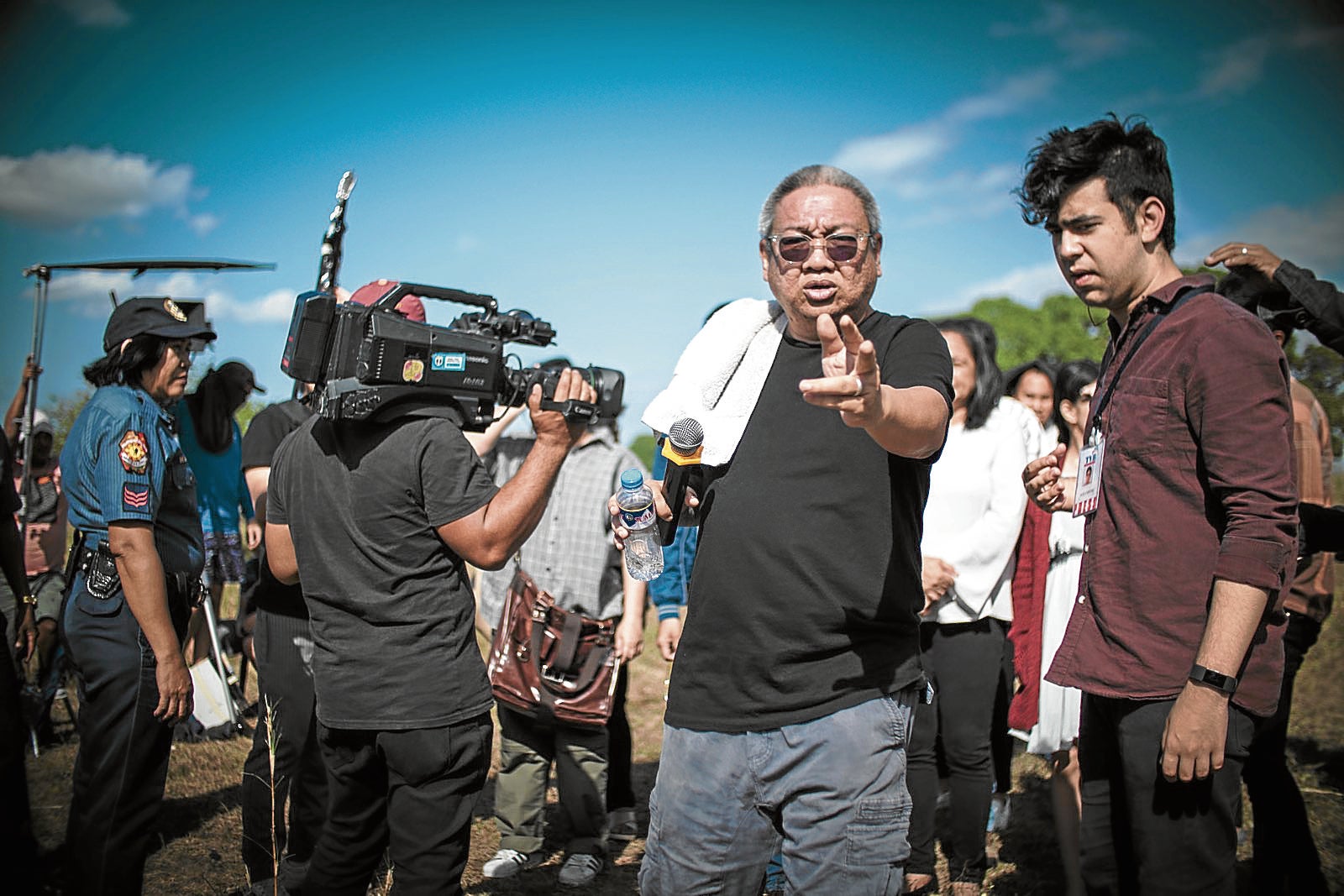 Filmmaker Erik Matti revealed in a recent interview that he had experienced posttraumatic stress disorder (PTSD) when he shot “Island of Dreams” for HBO Asia in 2019. The film won for him the best director of a scripted TV program trophy at the first ContentAsia awards.

Matti recalled the harrowing experience that had caused it. “We got stuck on an island in Sipalay (in Negros Occidental). Nabalahaw kami because of the low tide,” he said. “Because of this, our big ship, which was supposed to take us to the main island, had to go back to the deep end of the water, while we all had to be ferried on two small boats that could only carry five to 10 people at most. We had so much equipment, too.”

He continued: “I asked to be the last to go because, as the director, I’m supposed to be the captain of the ship. I kept waiting for my turn to leave until it was already dark out on the sea and the waves had already gotten bigger. Finally, since it was already late, we agreed to board the banca, which was only good for five but had carried nine people.

“We couldn’t get close to the big ship enough to board it, so the boatman had suggested to just continue riding the small boat until we reach the main island. I agreed, but I kept thinking about what would happen to us if our boat capsized because of the huge waves. Eventually, the Coast Guard spotted us and helped us with the transfer.”

Matti said the event had caused him sleepless nights and made him “question my existence.” He was so affected by it that he had to consult a professional who, in turn, had prescribed some antidepressants and antianxiety medication.

“I started medicating in July 2019, and was out of it around March. It was a good thing that I’ve gotten over my depression before the lockdown (in March). Imagine what the effect of cabin fever would be on me. I would have gone crazy!”

Needless to say, Matti enjoyed staying home during the monthlong enhanced community quarantine. “I discovered a lot of things to do at home, like help tend the garden or cook for the kids,” he said. “But after three months, the novelty of staying at home got used up on me already. I then started thinking of how soon I could get back to work.”

These days, Matti said he would still feel down sometimes, and would worry about what would happen to the industry. “Where do we go from here? Also, in the absence of ABS-CBN, I wish for the industry to be democratized. Now, we can start fresh. We can build new systems and new ways to work together. But in the long run, what do we do if we don’t have cinemas to show our films?”

Matti reported he has just wrapped up filming the sequel to his highly successful action film “On The Job” (OTJ). “Right now, we’re in postproduction. In the absence of a cinema release, we are studying a wide release online,” he explained, adding that its producer, Globe Studios, hoped this would happen before 2021.

He said calling it a wrap had been depressing because it happened in the middle of the government-imposed lockdown. “It deserved a cathartic celebration, but we couldn’t even get a photo of the entire cast and crew. This really made me sad. I said sorry to everybody because we didn’t have any party. Because of quarantine rules, we can only gather up to 10 people. Our team numbered up to 224.”

For him, working on the OTJ sequel for three long years “felt like shooting myself on the foot.”

“It’s an ensemble piece. The sequel has more characters compared to the first one. It is also epic in scale,” Matti told Inquirer Entertainment. “Our shooting was slowed down by logistical issues. The film has three segments: politics, the journalist’s side, then the prisoner’s side. Arranging for all the actors in all of the segments to be present during a shoot, especially during the lockdown, was a nightmare.”

He explained that the new OTJ features John Arcilla as a corrupt journalist and Dennis Trillo as a “prisoner.” Arcilla’s character is on the take from politicians, so he constantly argues with his partners. One day, he goes to work and discovers that all of his colleagues have disappeared. The compromised journalist then becomes the journalist that he’s supposed to be. He digs up evidence as to who is to blame for the disappearance of his colleagues.

Matti also shared his thoughts on the effect of the pandemic, and the resulting lockdown, to the industry. “I was hopeful that this could actually do good for the industry, especially if the cinema owners would regard this as a humbling experience,” he pointed out. “They could partner up with producers so that everyone would be able to get back their investments. I had hoped they would be more eager,” he began. “However, now that there’s movement in the stillness, I see that a lot of people want instant profit to be able to recoup what they lost due to the lockdown. Now, moving forward, I don’t know if this would be good for us, or if it would just worsen the situation. We still can’t tell because it looks like this will go on until the end of 2020.”

He further said: “I hope this pandemic will not become a reason for big industry players to abuse people. I’ve been seeing the trend: ‘Maliit lang ang budget kaya maliit lang ang bayad.’ I just hope that this is only for the meantime. I hope things normalize later on, enough for industry people to finally have a decent standard of living.”