‘Breaking Their Silence’ turns its lens on the women on the front line of the poaching war
By: Rito P. Asilo - Entertainment Editor
Philippine Daily Inquirer / 12:20 AM June 08, 2021 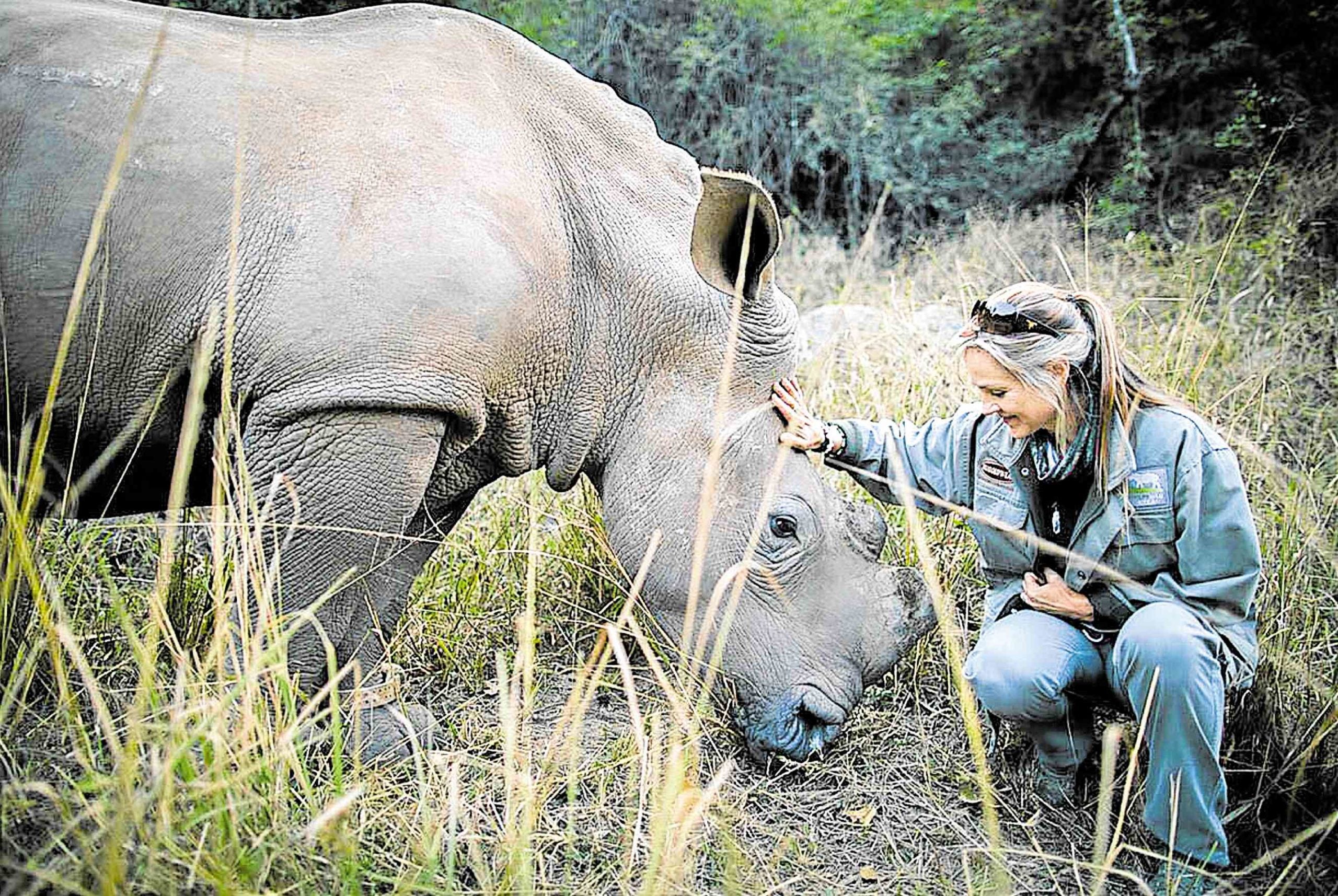 Scene from “Breaking Their Silence”

Women are at the forefront of today’s splashy launch of Wondrium, the newly rebran­ded global subscription video-on-demand (SVOD) service that, with 7,500 hours’ worth of nonfiction content, aims to entertain as much as it informs and inspires.

Writer-director Kerry David’s award-winning documentary “Breaking Their Silence: Women on the Frontline of the Poaching War,” which debuts on Wondrium (wondrium.com) today, just about sums up much of the streaming network’s viewer-­hooking ethos—and that isn’t us merely paying lip service.

For instance, People Magazine only has glowing words to describe the two-hour film about wildlife trafficking: “powerful,” “heartbreaking” and “breathtaking.”

The actual number of poaching activities demonstrates the urgency of the situation, particularly in Africa and Asia, where one elephant is murdered every 25 minutes for its tusks, three rhinos are killed daily for their horns, 3,000 great apes are lost annually to the black market, and giraffes are now on the critically endangered list.

The stories are as inspiring as they’re heartbreaking. If you look at the larger picture, the aforementioned numbers aren’t the only troubling thing about it: The illegal wildlife trade is now worth over $20 billion annually and has been proven to fund global terrorism—which explains why a number of the women featured in the docu make no mention of their exact locations.

And while we did shed some tears because of its shocking tales of human cruelty and greed—like the inconsolable baby rhino that went blind after her mother was killed and later died with a broken heart—there’s another adjective that is snug fit for the film: Hopeful.

The film is doubly powerful because it doesn’t just talk about wildlife trafficking but also examines the struggle of women in positions of authority, like the story of Kwinda Zkali, the defiant Zulu woman who went through hell after she refused to bow down to her husband and dared to divorce him.

These tales are as instructive as Kerry’s unique journey as an advocate—from being a supporter who empathizes from the sidelines to someone who becomes increasingly proactive with her support for the cause.

“I’ve been an animal advocate my whole life,” Kerry told us over Zoom last Wednesday. “Then, I was invited to a fundraiser in downtown Los Angeles, where they shared how devastating it is right now for Africa’s endangered wildlife. I was truly traumatized by it, thinking we’re going to lose these animals on our planet.

“If we’re always looking for somebody else to help us, it’s never going to get done! And I thought, ‘I can no longer claim to be an advocate for animals if I don’t do something … physically.’ My quandary was, I’m neither a wildlife specialist nor a zoologists.”

Women on the front lines

“But I’m a filmmaker, and I thought, ‘What I can do is to literally learn from the ground, as opposed to what the press is telling us.’ What better way to do that than to go and search for the women on the front lines of the poaching war.”

You heard that right. In “Breaking Their Silence,” Kerry is shining the spotlight on exceptional women who put their money where their mouths are. They risk life and limb for their wildlife conservation and antipoaching advocacies. She utilizes a different kind of lens through which this crisis hasn’t been explored—through the female lens.

For Kerry, the shift hasn’t been the “conventional” sort. She directed and won awards for “Breaking Their Silence” and the “Bill Coors” docu, and produced mainstream films in Hollywood, like “Agent Cody Banks” and “Like Dandelion Dust” (starring Mira Sorvino).

But her rise-from-the-ranks story is inspiring as all get-out: She was Tom Cruise and Nicole Kidman’s executive assistant for three years before she started her own production company in 2001—and the rest is history.

“I admit it’s an interesting journey. I love filmmaking and while I was working with celebrities like Tom and Nicole, those were very big-budget, studio-­oriented productions,” she recalled. “I did a few of those, then I did some independent films. But the thing about documentaries is that it knows better than you—it knows what it wants to be, and your job is just to hang on.

“I like the uncertainty of documentaries. I don’t like the structure of studio films. I wouldn’t say that I’d never make a studio film again. It’s just that I’m loving this journey right now. 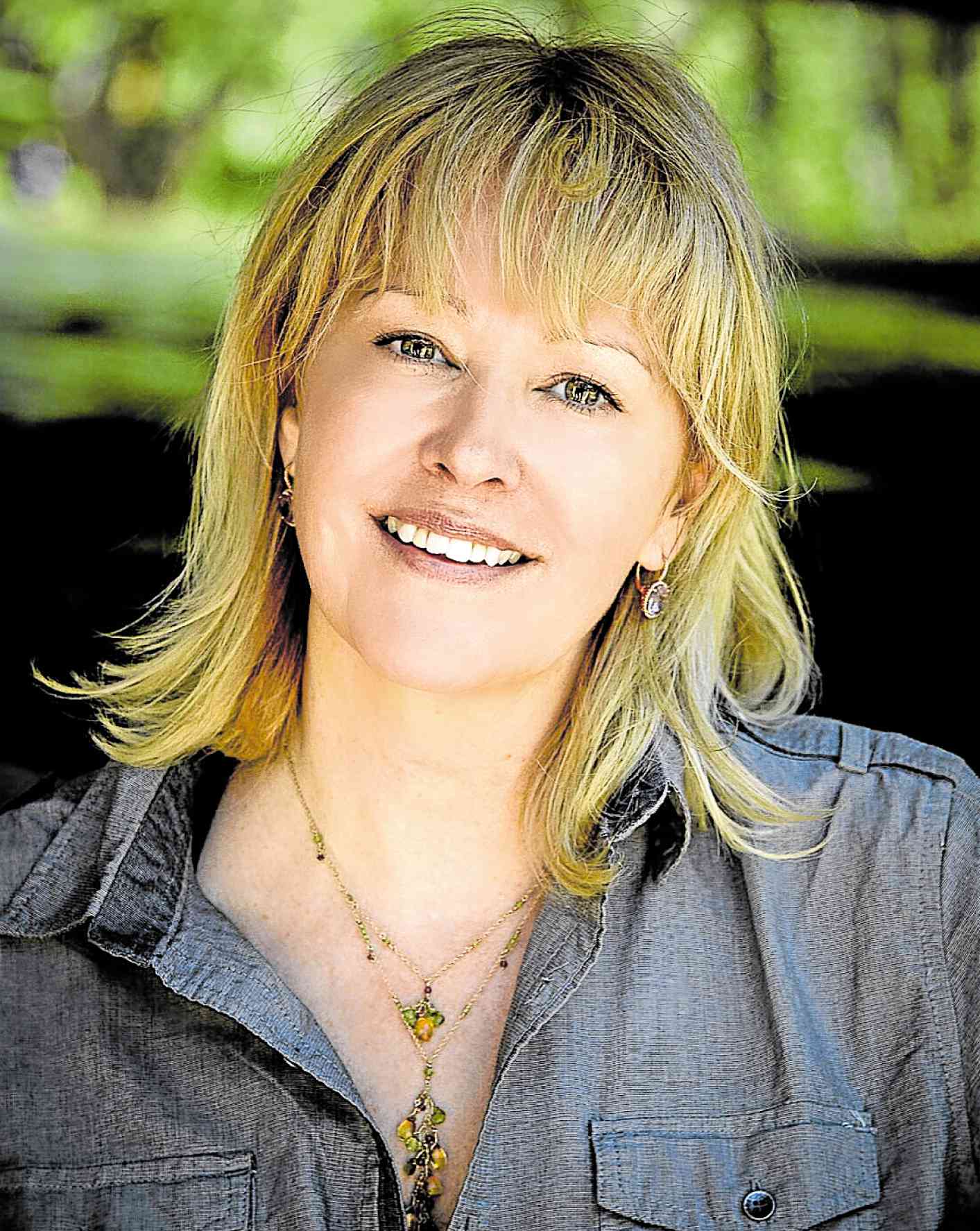 Our Q&A with Kerry:

I was surprised by the sheer number of women you managed to gather for your film. I know that you shot most of this in 2018 and 2019. At which point of the shoot did you realize that you have enough footage for the show?

There were a lot more that didn’t make it to the final cut—which I’m forever heartbroken about because everybody deserves her own documentary. But as I was meeting these women, I didn’t really know what the story was going to be.

In my head, I was just trying to create a tale that would be entertaining for laypeople like myself back home but at the same time, tell the story as methodically as I could without scaring people by showing a lot of dead animals or animals in pain.

It wasn’t until I was editing that I was sure of [how it was going to play out]. Basically, I followed this mantra, “Trust in the process.” At some point, I just felt knowledgeable enough to share what I was learning, and that was when the money and time ran out. You can’t film forever.

How has the pandemic affected the work of these women? Do you still keep tabs on them?

I do keep in touch still. In fact, I started a nonprofit organization called Over & Above Africa, which raises funds to prevent Africa’s most vulnerable animals—like elephants, rhinos, pangolins, lions, leopards, cheetahs, giraffes and other endangered species—from extinction, and through which I fund these women’s initiatives.

In the beginning, it was awful because there weren’t so many eyeballs on the poachers because tourists weren’t showing up because of the pandemic. I think they were just in a rush to kill as many as they could.

But as the pandemic unfolded and more countries shut down, it actually got better and a number of animals have started to come back in some areas. So ultimately and ironically, the pandemic was a good thing for most of the endangered species.

What was your takeaway from the film. And what do you want viewers to take away from it?

Great question. This journey changed me, because I realized how powerful we all are if we stand up and speak out to what outrages us. This outraged me, so I wanted to do something about it. My takeaway from this was that the ripple effect of this film has been amazing. It was something I couldn’t have foreseen.

For the people who watch this, I hope they can look into themselves and see what their skill set is and ask how could they apply it to a foundation or a nonprofit group nearby. You don’t have to leave your country and go to Africa. You may not be the market for buying illegal wildlife body parts, but if you see it happening, you can just ask someone not to buy it. You don’t have to put yourself in danger and point out who the poacher is, but you can opt not to buy it.

Some rhino horns are pounded down into powder and mixed with Viagra and cocaine because some people think it gives them special powers or helps empower manhood. But the truth is, it’s cheaper to buy it without the rhino horn—whose powdered horn adds nothing!

Based on your talks with the women, what’s the general consensus? Can this war be won?

Oh gosh, you know what, it can be won! It’s a very David vs. Goliath situation because the other side has more manpower, money and bigger guns. But if you look at what happened with the pandemic, the whole world stopped overnight and changed this behavior—because it had to.

The whole world should stop and think about how connected we all are to wildlife. We’re all one, so when you take out an entire species, you’re affecting our biodiversity and ecology. We can definitely change it, but it’s going to take a world shift to stop animals from getting sold into slavery or slaughter.

How did “Breaking Their Silence” end up on Wondrium (formerly known as the Great Courses Plus)?

At some point, there were about 10 offers of distribution but my investors were so patient with me when I said, “Look, these are not right for us. [The film] needs to be on a platform that’s all about teaching and learning in wonderment.”

So, when a friend told me that Wondrium was going to launch, I spoke to their CEO and we immediately clicked. It just felt right.

Another woman Marumo Nene said, “Women are the solution to the poaching problem.” Do you agree? What makes women more effective than men in this regard?

I agree with her. What makes women more impactful is the way they react to challenges. Sometimes, men in conservation can be very hard-handed, whereas women come to it with a much softer, subtler ability to find some common ground and see the bigger problem. Women are willing to compromise more than men, who just want to come in and say, “Look, it’s my way or the highway!”

Read Next
Cherry Pie’s son Nio defers US scholarship to join show biz
EDITORS' PICK
Smart brings KCON:TACT especially 4U to subscribers from June 19 to 27
Smart celebrates all kinds of ‘#SimplyLove’ for Pride Month
Behind Terance Mann’s 39, Clippers oust Jazz in Game 6
SWS: Over 12M Filipinos still jobless as of May 2021
WATCH: INQside Look with Fil-Am actress Aina Dumlao
Gilas out to prove Korea win not a fluke; Tab fires back at ‘lucky shot’ remark
MOST READ
Underdog Dasmariñas vows to fight to the death vs Inoue
Brazil set to pass half a million COVID-19 deaths
The opposition’s dilemma
Anne Curtis, Solenn Heussaff to launch new project ‘Tili Dahli’ next week
Don't miss out on the latest news and information.