Ben&Ben ‘simply over the moon’ about planned collaboration with H.E.R. 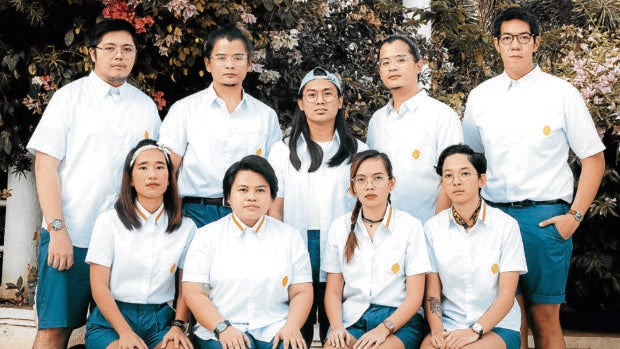 The members of the pop-folk collective Ben&Ben nearly fell off their chairs when the acclaimed Filipino-American R&B artist H.E.R. brought up the idea of working together in their recent video chat. Just being able to talk to H.E.R. already felt surreal; a collaboration would be a “dream.”

“We were simply over the moon about it. Seeing someone so successful being so open and proud about his or her roots really inspires all of us. And for H.E.R. to express interest in working with us, inspires us even more to work harder and keep creating music,” the nine-piece group told the Inquirer in a statement.

“We admire her for how she stays true to herself and her message, and, of course, for the sheer excellence and skills she puts into all of her songs,” Ben&Ben said of the Grammy Award-winning singer-songwriter, who, earlier this year, added an Oscar award to her fast-growing collection of trophies.

Though the prospect may seem too good to be true, it isn’t far-fetched either. After all, Ben&Ben and H.E.R.’s respective record labels, Sony Music Philippines and RCA Records, are both under Sony Music Entertainment.

So, given the opportunity and the idea does come to fruition, what kind of track do they think would come out from a session?

“We would definitely want to work on a song that’s closer to having an R&B and soul vibe,” the band said. “It’s a genre that all of us in the group really love. And we feel we can pull that off with the help of H.E.R.’s immaculately cool vocals.”

For now, Ben&Ben continues to work on their upcoming sophomore album, which they intend to release this August. And to give the fans a taste of what they can expect, the band released two singles: the nostalgic “Upuan,” which touches on young love; and “Magpahinga,” a piano ballad about stepping back from all the chaos and allowing ourselves to heal.

In deciding which tracks to put out, Ben&Ben—composed of Paolo and Miguel Guico, Poch Barretto, Patricia Lasaten, Agnes Reoma, Jam Villanueva, Toni Muñoz, Andrew de Pano and Keifer Cabugao—asked themselves these questions: “What do the people want to hear, and what message do we want to send out in these times?” 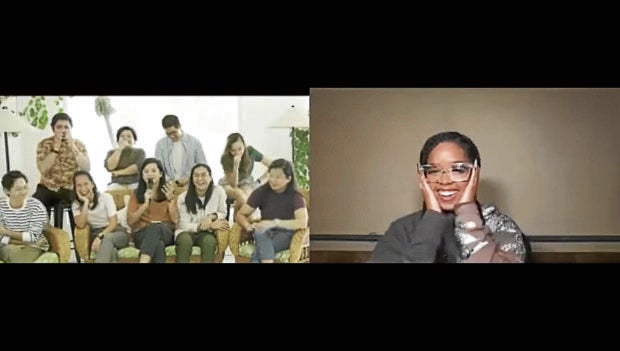 Ben&Ben’s (above) video chat with H.E.R.

As such, the group settled on the two aforementioned songs. The summery, organic-sounding “Upuan” is about the “palpable romantic tension that arises from friendships formed by sitting next to one another,” whether at a classroom, restaurant, or on the beach.”

And with quarantines still in place because of the COVID-19 pandemic, listening to a song about such a type of connection can elicit wistfulness. “‘Upuan’ is an introduction of sorts to the exploration of sounds we did for our upcoming album. We tried a lot of things, experimented with different sounds and themes,” Miguel said. “Magpahinga,” on the other hand, is just as timely, but tackles a heavier topic—mental health—and the idea of taking a break from life’s challenges doesn’t necessarily mean giving up. “These past months, anxiety has been there, looming. Taking care of our mental health is important, because we [need to] adjust to a lot of new things in terms of work and personal life and connecting with people,” Paolo said.

“It was a very difficult time that really tested our strength. We went through all sorts of emotions. And that experience inspired the song,” Paolo said. “When you’re in that kind of space, it feels like problems are never-ending. But remember that even if you’re amid a deluge of struggles, you can still rest and catch your breath, so that you can continue fighting.”

Andrew highlighted the importance of checking in on our loved ones in the absence of physical contact.

“Even if you can’t get there physically, there are other ways to be present for the people we love. This pandemic has taught us that we can still express our love by something as simple as a phone call, a movie date or just a conversation about problems. We have to make them feel that you’re there for them,” he said. INQ

Read Next
Joaquin Domagoso in no hurry to step out of dad Yorme’s shadow
EDITORS' PICK
Over 3 Million worth of prizes to be won at Smart Padala’s SENDali Manalo Promo!
Acer starts the year off strong with the Aspire Vero National Geographic Edition
DOH: 28,471 new COVID-19 cases in PH; active cases now 284,458
WHO urges manufacturers to provide COVID-19 vaccine data
QC gov’t to give free COVID-19 antigen test to residents on January 19
Gear up and get ready to play with Yamaha Mio Gear
MOST READ
Cold-case investigation names surprise suspect in Anne Frank’s betrayal
On Day 2 of implementation, gov’t says workers now exempt from ‘no vax, no ride’ policy
Guevarra to Acosta: Obey rules on unvaccinated
Czech anti-vax singer dies after deliberate infection
Don't miss out on the latest news and information.