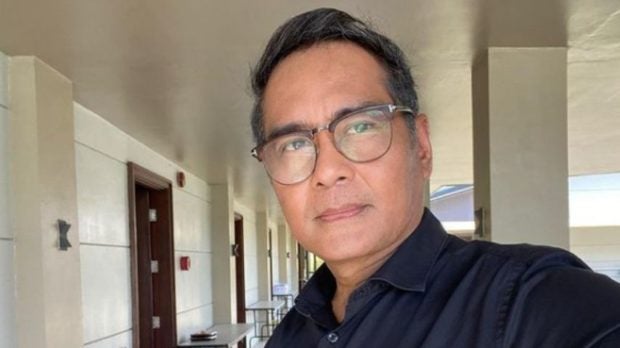 John Arcilla has been having a fun time answering wacky queries from his fans regarding some hysterical and bizarre details they have noticed in recent episodes of the ABS-CBN action-drama series “FPJ’s Ang Probinsyano.”

This week in the show, the group of main antagonist Renato Hipolito (Arcilla) has been chasing down Task Force Aguila led by Cardo Dalisay (Coco Martin). These scenes have been putting viewers at the edge of their seats.

Arcilla also showed an online exchange between him and another fan who asked about how Hipolito’s cars were multiplying as the chase goes on, and whether the antagonist called for back-up, as seen on his Instagram page yesterday, June 2.

(Yes, while on the chase, the trucks of my men just keep arriving. You just don’t see it because we’re busy running. Then, while the shootout goes on, I keep calling for more trucks, though we did not [announce] it because we were busy with the shootout.)

Arcilla hoped he had answered the question properly before expressing his admiration for the fan.

In another exchange, Arcilla was asked about how Hipolito’s gun seemed to have unlimited bullets during a long chase and shootout, to which he replied humorously by saying he would ask Dalisay after they take a break from shooting each other. He shared the interaction on Instagram today, June 3.

(Although, if I ask Cardo and he points a gun at me, of course, another shootout will happen, right? So, I might not have the opportunity to ask the question. Wait, I can’t text. People are running, I might drop my phone. I just have to hit one of my men in the head before he gets killed. So funny. Damn it. I’ll get back to you.)

This is not the first time Arcilla has received comments regarding his “FPJ’s Ang Probinsyano” character. Last May, he reminded a basher that scenes from television series are different from real life. JB

Read Next
WATCH: Luis Manzano reveals in guessing game he was offered to host ‘StarStruck’
EDITORS' PICK
‘Not yet the end’: Lawyer says Marcos Jr’s DQ cases to take lengthy process
Acer starts the year off strong with the Aspire Vero National Geographic Edition
Critical scenario: 3 Comelec vacancies just 3 months before elections
Over 3 Million worth of prizes to be won at Smart Padala’s SENDali Manalo Promo!
The best of bayside and city living at SMDC’s Sail Residences
PH logs 37,070 more COVID-19 cases; over 33K others recover
MOST READ
Morissette Amon recovering after confinement for diverticulitis, tests positive for COVID-19
‘Not yet the end’: Lawyer says Marcos Jr’s DQ cases to traverse lengthy process
Marcos camp ‘extends hand of unity’ after COC cancellation bid is thrown out
NBI foils escape attempt of Kerwin Espinosa, two others
Don't miss out on the latest news and information.