Will the 'Eternals' from the MCU be a big hit? | Inquirer Entertainment
Close
menu
search

Will the ‘Eternals’ from the MCU be a big hit? 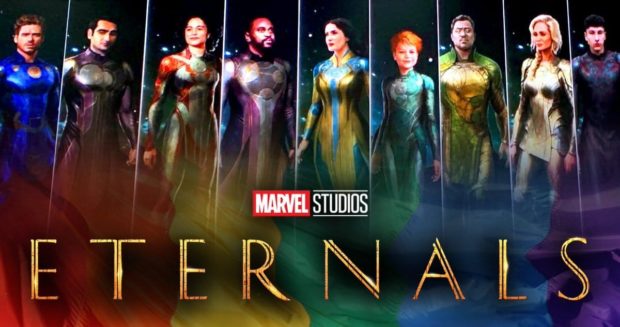 Each Eternal has his own specific ability or power that is distinctive to each one of them. They are a lot like the Forever People of DC Comics. In their world, the Eternals are normal as everyone else, and yet once they meet or battle other civilizations that are lower than them, they become categorized as being “super” or superheroes because they are on the side of good.

Seriously, the Eternals are one race of cosmic beings that I would feel bad for any supervillain to try to go up against. The Eternals are one of the strongest cosmic beings in Marvel comic books, almost in the power level of another group like The Inhumans. I hope they show that comic book fact on the soon-to-be-released big-screen adaptation of the “Eternals” in the MCU.

A mistake also that a lot of the younger Marvel fans are making in classifying the Eternals is that they are the same race as the Celestials. However, the Celestials are an entirely different race of cosmic beings in the Marvel comic books. The Celestials are a more ancient alien race than the Eternals. Take note, though, in the MCU, they might do some retconning or reimaginings of this down the line, in future movie releases.

I might as well throw this in here since we are speaking of cosmic beings: Thanos is not a Celestial or Eternal. This guy is a Titan and he is known to be the last of his alien race or one of the very last of it since he single-handedly wiped out almost all of them.

The late, great Marvel comic book artist Jack Kirby created the Eternals. The first run of the Eternals took place in the bronze age of Marvel Comic Books during the 1970s in which Jack Kirby was the artist. For the younger Marvel fans, what you are about to see soon on the big-screen adaptation of the “Eternals” in the MCU is the creation of the greatest comic book artist of all time in Jack Kirby. Aside from Stan Lee, Jack Kirby is the most important person in all of Marvel who does not get credited enough, surprisingly. 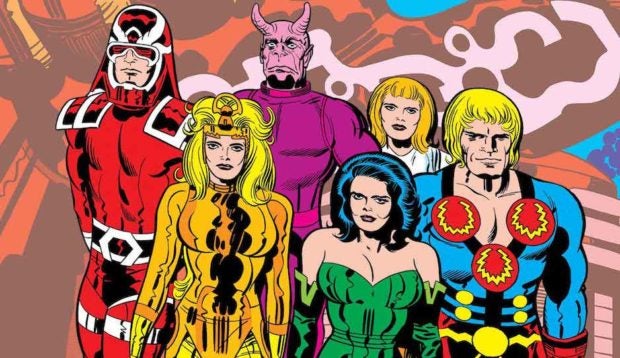 When I got to watch the teaser trailer of the “Eternals” from the MCU, I did not feel that excited. The teaser trailer felt very lacking, sort of flat and uninspiring. However, given it is only the teaser trailer, naturally, you cannot expect much from it. Nothing really popped for me except for a few shots like them being situated in a different world rather than in theirs — which could be our world? The other shot sees all of them staring at a brewing storm in the distance, which could be signaling a threat from a supervillain. Galactus? I already know what to expect more or less from the “Eternals.” But I do not want to spoil it for anyone. I spotted other stuff but they are minor and not worth enumerating.

Visually, the teaser trailer is clean, polished and slick. But I hope when the “Eternals” is finally released we can expect much more than the visuals but rather stronger entertainment-based action, a smarter script, and a more engaging onscreen character adaptation. I am quite confident that the production value of the “Eternals” will be up to par with previous releases from the MCU. I expect that is not the only aspect of the “Eternals” which will be praiseworthy when we all get to watch it. The “Eternals” has to deliver in all categories because it is an official entry from Phase 4 of the MCU.

And in Phase 4 of the MCU, the properties of Marvel comic books that are making the jump into the MCU are the lesser-known properties like the “Eternals.” Therefore, in essence, this is scraping the bottom of the barrel already because even for a long-time comic book collector like myself, the “Eternals” are not top-tier type of superheroes from Marvel comic books, in terms of recognition and popularity. So I will find it interesting and curious how the MCU will make the best out of this latest property which they have decided to bring to life on the big screen.

Time will tell if the “Eternals” from the MCU will become a hit.