Art imitates life: How Uzo Aduba is moving on after loss 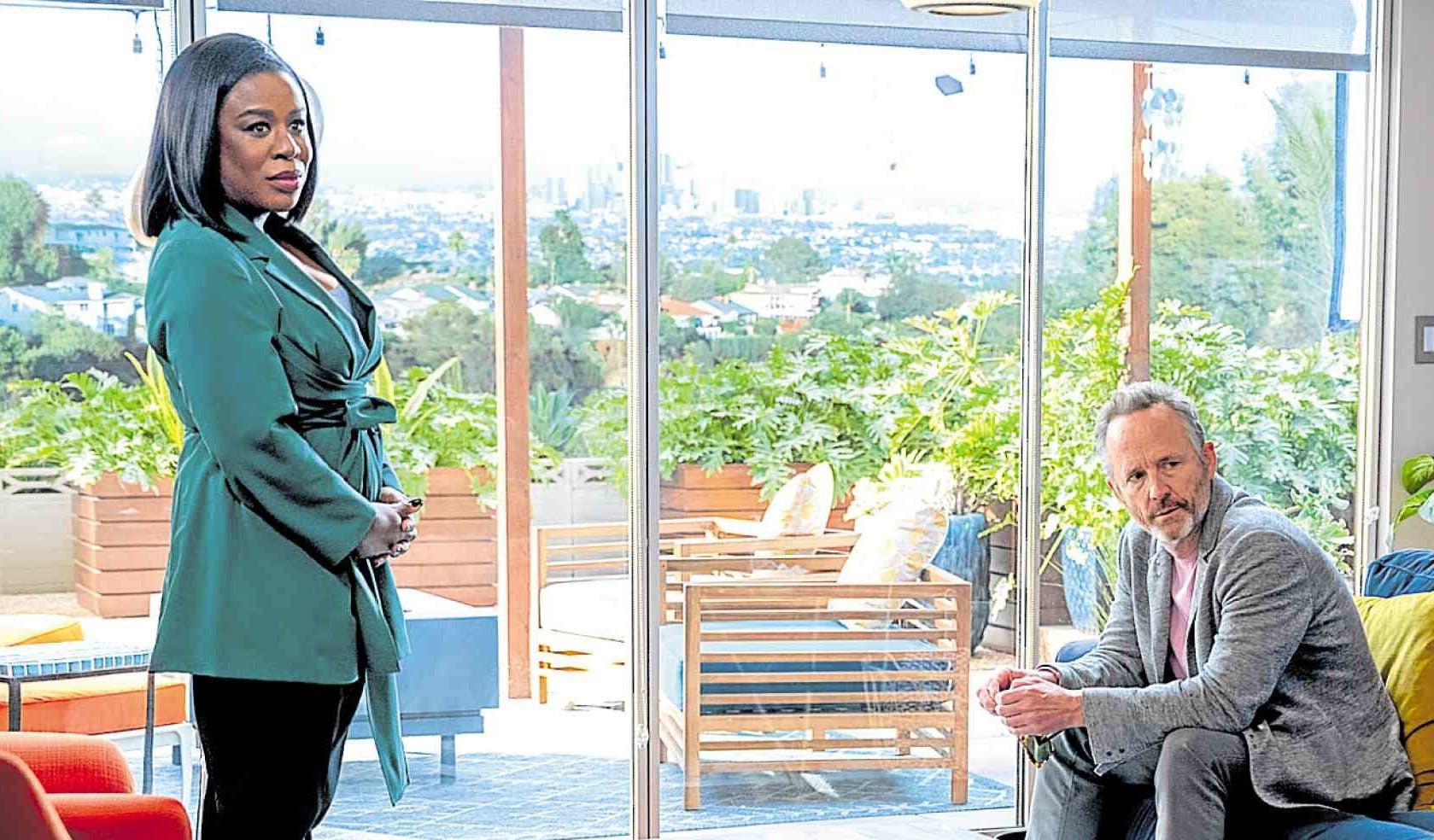 Gabriel Byrne won a Golden Globe for playing Dr. Paul Weston in the HBO series “In Treatment,” portraying a psychotherapist dealing with patient’s worries and woes as troubling as his own. The program’s Peabody-winning, three-season run aired from 2008 to 2010.

The 24-episode fourth and latest season of the drama series, with showrunners Jennifer Schuur and Joshua Allen steering the wheel, puts a clever spin on the formula by addressing the most pressing topics of the times—from female empowerment and racism, to sexuality and the surge in mental health issues during the pandemic.

At the heart of this COVID-era iteration is Black lead actress Uzo Aduba, who is herself no slouch at acting. In fact, the 40-year-old thespian has three Emmy awards (for “Orange is the New Black” and “Mrs. America”) tucked snugly under her belt.

So far, we’ve sat through 16 of Season 4’s 24 episodes, which follow Dr. Brooke Taylor’s (Uzo) sessions with a trio of patients as she navigates a variety of modern-day concerns in the midst of a continually shifting social and cultural landscape. 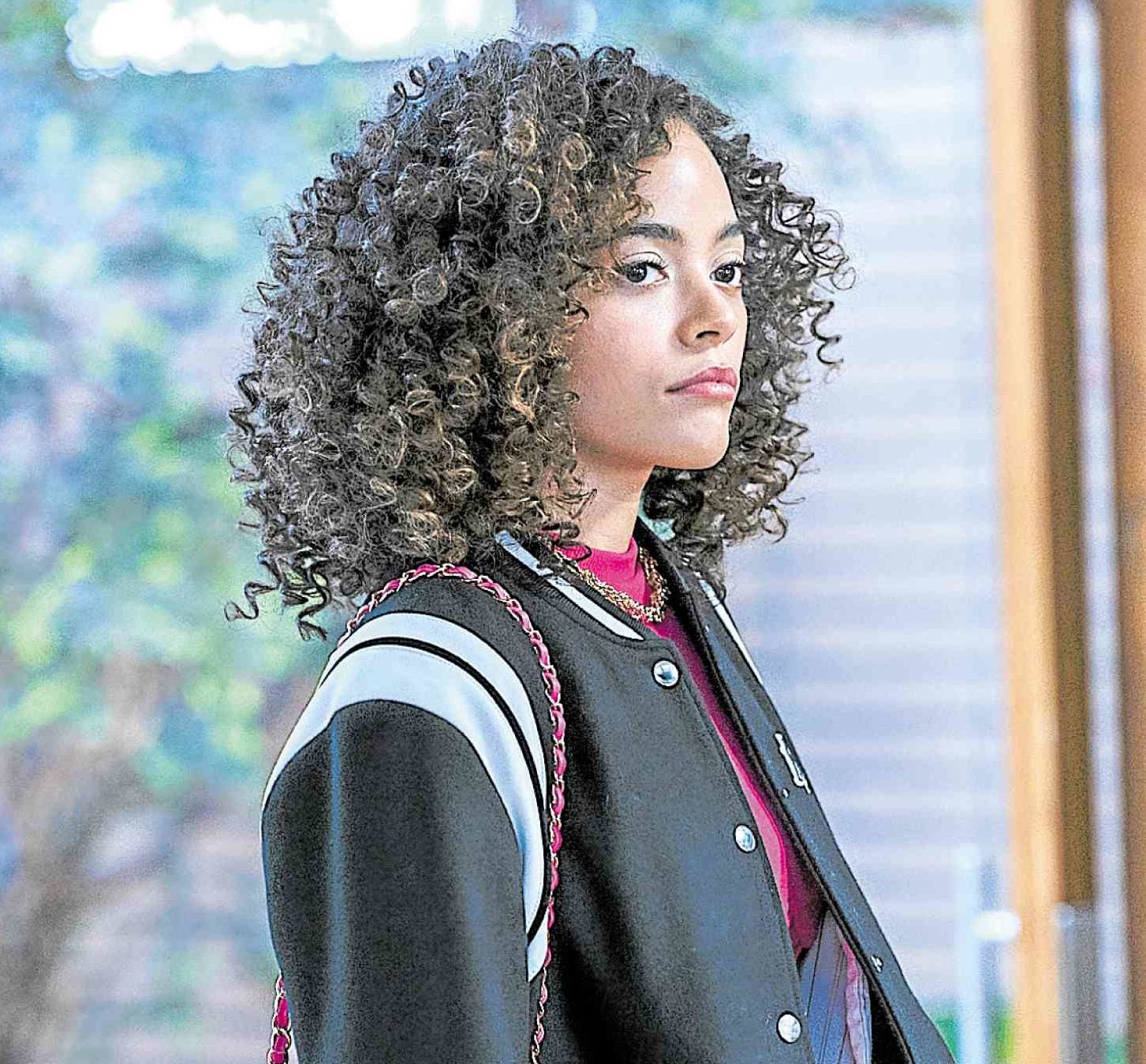 No walk in the park

Dealing with her patients’ issues is no walk in the park for Brooke—there’s troubled stay-at-home health aide Eladio (Anthony Ramos of “In the Heights”), the recently released white-collar ex-con millionaire Colin (Tony winner John Benjamin Hickey of “The Normal Heart”) and rebellious teenage lesbian Laila (Quintessa Swindell of “Euphoria”).

While the 42-year-old therapist tries to ignore the messages of her own shrink—yes, it’s Dr. Paul Weston (although, other than his photos with Brooke on her desk, we have yet to see him in the flesh)—her interactions with her longtime on-again, off-again lover Adam (Joe Kinnaman) and confidant Rita (Liza Colón-Zayas) keep her sober.

You heard that right. Brooke has her own demons to exorcise: She’s a recovering alcoholic who grieves the death of her father when she isn’t being haunted by fleeting memories of the son her recently deceased dad made her give up for adoption when she was just 15 years old.

But grief isn’t a foreign concept to Uzo herself—who flew from New York to Los Angeles to shoot “In Therapy” barely 10 days after she lost her beloved mom Nonyem to pancreatic cancer in early November. 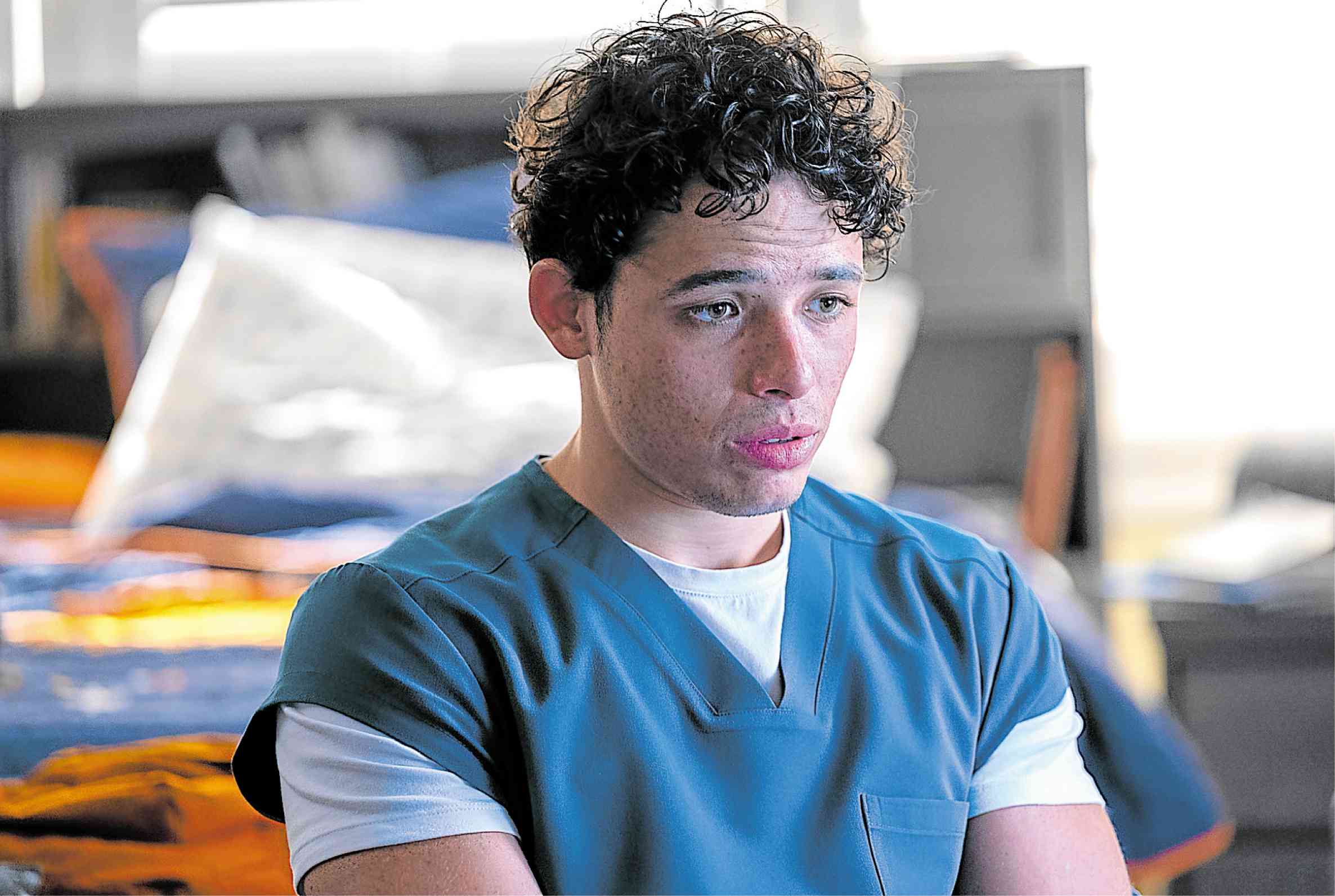 In the exclusive virtual chat we had with Uzo and the showrunners, the deeply private actress shared what her takeaway was from inhabiting Brooke’s pain.

“The role taught me that you don’t always have to carry the weight with you forever,” she said. “I won’t say that it taught me to heal, but I learned how to start healing. I learned that the process of healing is through sharing.”

We also asked the trio what the reason was behind the revival 11 years after the show ended its run in 2010. Is “In Treatment” meant as a response to the many mental health issues that surged during the global lockdown?

“That was a big piece of the reason to bring the show back,” Jennifer admitted. “So many people’s lives were shut down because of it. It forced all of us to look at our lives more intimately than we had in a long time. People have struggled through the pandemic, and it felt like the perfect opportunity to talk about how important therapy or getting help is, if you need it.”

Was the show’s return perfectly timed after the tumultuous and deeply polarizing Trump presidency?

“There was a big part of that, too,” she mused. “It allowed us to talk about some of those things that had been building up inside for the past four years, when we had that particular leader. There are different reasons the country is wrestling with a lot of issues involving racial injustice and a class struggle. 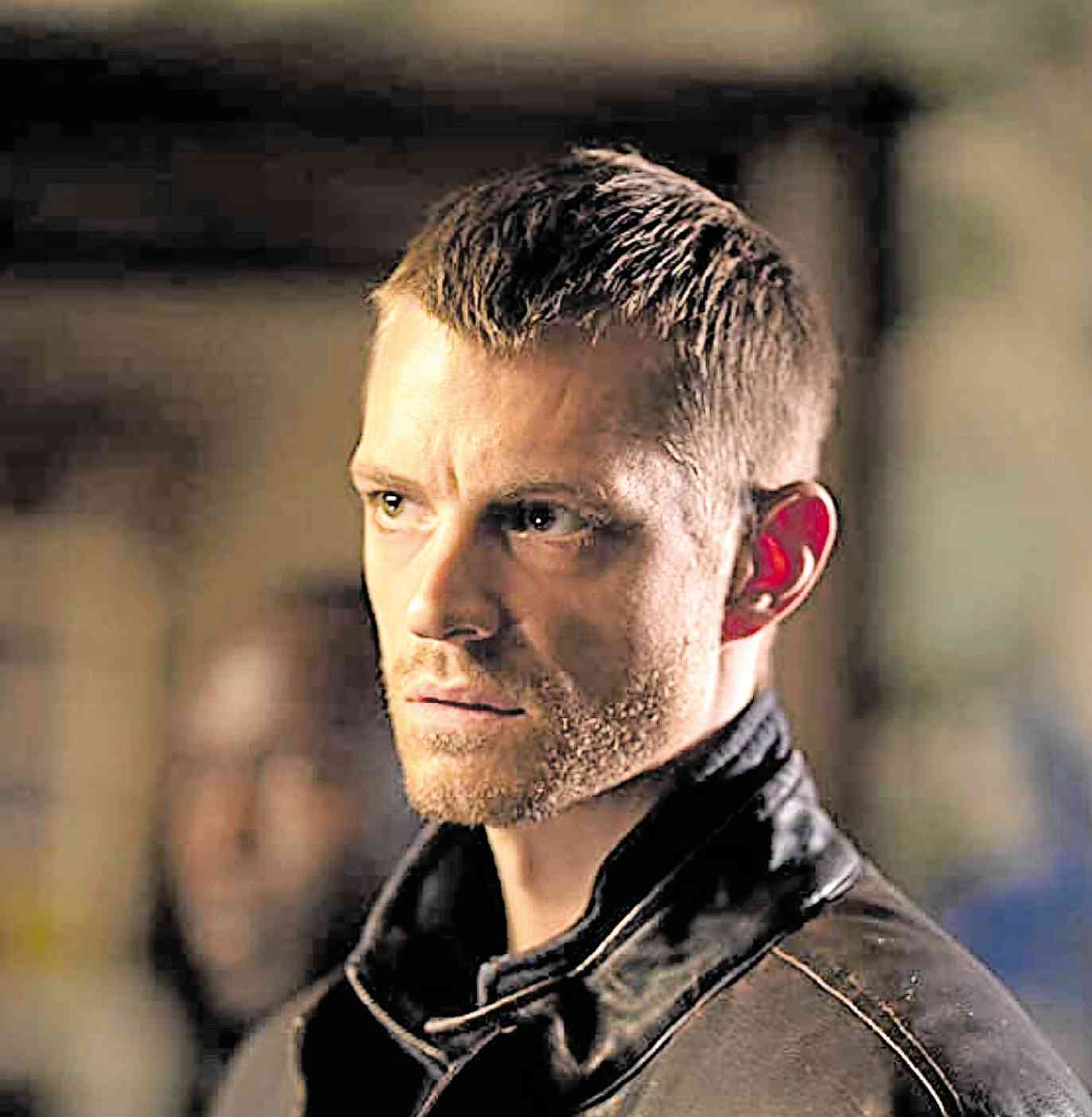 “While wealth that is dispersed across the US is wildly uneven, the pandemic has been adding to all of these pressure-cooker issues happening around us. So, here’s a chance to talk about the different things affecting our day-to-day lives, set aflame by the Trump presidency. In a way, it felt cathartic to be able to express these ideas.”

Asked about how Uzo was chosen, instead of just bringing Gabriel back, Joshua explained, “Well, we created the character first. So, we knew that the therapist in Season 4 was going to be a Black woman—and that sort of guided our search for the lead.

“I did not actually think that Uzo would even be available or interested, because she’s an amazing actor who’s on high demand. Suddenly, we learned she was both—she was available and interested! It was like fate. A couple of months down the line after bringing her in, Uzo helped us shape Brooke, and it just went from there. Now, it feels like she owns the character!”

Excerpts from our Q&A with Uzo:

Once again, you are exceptional in this. What were the challenges in playing a therapist?

It was both challenging and exciting at the same time. You know, I’ve been to therapy, so it was fascinating to learn more about what it’s like to sit in a therapist’s chair—it suddenly dawned on me that this was someone’s entire day! This individual serves as an “empty vessel” or a “container” who helps carry whatever a patient brings into the room.

And the challenge of that is how to hold someone else’s pain while also simultaneously being responsible for managing your own. This is one of the most challenging parts I’ve ever taken on, to say the least—and it’s a huge responsibility.

Did you have a particular person in mind when you began creating Brooke?

No, Brooke isn’t patterned after any specific therapist. I do have a friend who’s a therapist who I spoke to about what it’s like to be in the room during sessions. Honestly, I think this was the first time I was inviting a bit more of myself into this “intimate” space, which is not my common practice.

As an actress, there’s usually more “invention” and a little more distance [in terms of creating a character] from me. Like, there’s very little of [the real] me that comes into Crazy Eyes (her character in “Orange is the New Black”) or Shirley Chisholm (“Mrs. America”). But portraying Brooke was the first time that I had more of myself “in the space,” so to speak.

In Episode 8, your AA (Alcoholics Anonymous) sponsor Rita tells you that ‘you’re mourning the past, while your present passes you by.’ In an interview, you said that this is the only character that has ‘followed you home,’ and is ‘close to the bone.’ Which of her issues resonate with you the most?

What resonated with me the most was stepping back into life after loss. You know, right before I started this project, I had just lost my mother, who was very close to me.

And I can’t thank HBO and the entire producing team enough for letting me pause while I was going through that process from when we were meant to start. Quite literally, I came from saying goodbye to her to getting on a plane the next day.

To be living and tracking down that story while simultaneously telling the tale of a woman who also just lost her parent—that wasn’t something that I was talking about to people when this job came to me. So, when it did, it was like, “Whoa, this is wild!”

I thought I knew what that felt like—and I was familiar with what it entailed to watch or experience someone’s loss and pain. And being able to let some of that go by the end of the series was what I took away from both the show, its patients and from playing Brooke herself.

It made me realize what happens when you don’t talk about the things you’re going through and not sharing them with others.