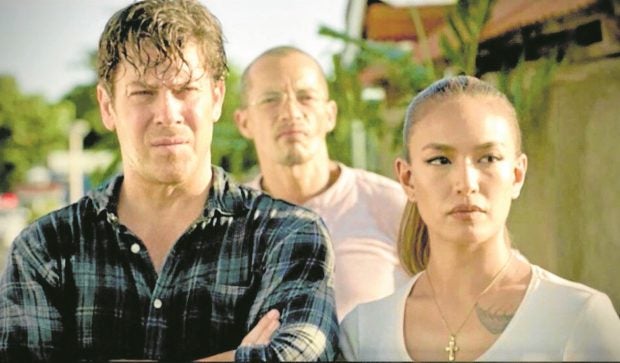 “Almost Paradise,” the 10-episode US-produced action-comedy series, will most likely have a second season.

American actor Christian Kane ate five pieces of the local delicacy “balut” while shooting and got his diving license in Cebu, where the entire series was shot.

These were among the interesting stuff revealed during the virtual media conference that ABS-CBN organized to promote the local streaming of “Almost Paradise,” codirected by Francis dela Torre, Marc Roskin, Milan Todorovic, and our very own Dan Villegas, Irene Villamor, and Hannah Espia.

Devlin, who is also the CEO of program producer Electric Entertainment, said he was “very optimistic” that there would be a Season 2, “and we’re going to know for sure within the next couple of weeks … The show is performing enormously well in the places where it’s being shown, and, right now, it’s one of the most popular shows on imdb TV,” he beamed. “If there is, we will definitely be back to the Philippines.”

Prior to “Almost Paradise,” Devlin’s team was the distributor of Espia’s dramatic film “Transit” in the United States. He explained that this gave them “a window to the evolution of what’s going on in the Philippines in the world of cinema. Hannah’s movie got us to do more research. So when we made the decision to go there, I wasn’t really worried about not being able to get the quality level I want because you guys have it. The only thing holding you back is that this hasn’t been exposed to the rest of the world yet.”

Dean also pointed out that when the show started streaming internationally, he got “inundated with emails, DMs (direct messages) and tweets saying they had no idea that the Philippines was like this. I think it’s going to change the perception of the Philippines as the place to go to; and I already know it’s changing the perception of those in front and behind the cameras.”

“It’s true. It was very deliberate in Dean’s vision as the showrunner that this is a ‘blue sky’ type of entertainment’,” said Ruel Bayani, head of ABS-CBN international production and coproduction division. “The people are still depicted as being part of a particular social class but they are portrayed as more empowered, more street-smart, more resilient. That was deliberate in the show’s design. We will see this even in the process of how the 10 episodes were made.”

The show has a specific look, Bayani explained. “It will depict a poor community only up to a certain level or look. I guess that’s what Dean wanted the viewers to see about the realities of living in the Philippines.”

“I love Cebu,” declared Kane, who plays Alex Walker, a former US Drug Enforcement Agency agent who moves to the Philippine after turning his back on his life in the States. “We were in Mactan a lot of times. I got my diving license there. It’s incredible!”

“I love their professionalism, their wanting to make art that was in their blood and that came out when we did this. I actually never felt like a foreigner. I was greeted with open arms everywhere I looked,” the American actor declared. 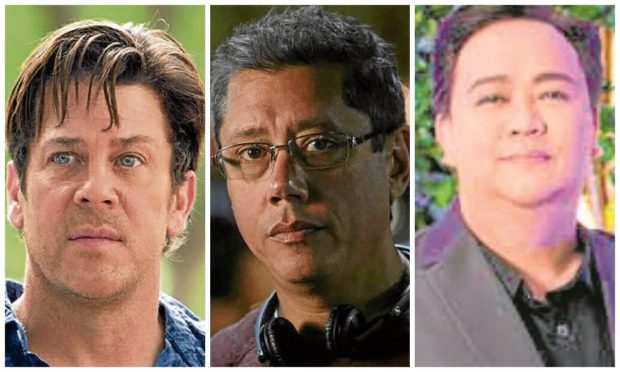 Kane added that the program had an “unbelievable” backdrop. “We were in one of the most beautiful places in the world. The Philippines became an actor here. It became one of the guys in the call sheet. You’ll know what I mean when you see it,” he said.

“I want to make it known to everybody else that the Filipino actors we got for the show are unbelievable, too. We got really lucky here. I don’t think a lot of people know that there’s so much talent [in the Philippines] that it’s actually ridiculous.”

Interestingly, Devlin said he picked the program’s main set location by using the Google Earth app. “There are so many wonderful resorts in the Philippines, so if you’re only choosing resorts it would be incredibly difficult because of the needs of the show,” he explained. “Cebu (province) is perfect. Its beautiful resorts are just a short drive from one another, and yet it has cities like Cebu and Mactan that are terrific to work in. Looking at Google Earth, I saw the perfect resort; and then, ‘What? There’s a studio only five minutes away?’ That’s how it kind of started.”

Filipinos are going through “a very difficult time” in the States, Devlin reported. “There’s a rise in hate crimes against Asians in general. With this show, we’re really changing minds and hearts. It adds a sense of pride in making this show not just for the Filipinos in the Philippines, but also for Filipinos everywhere. Even though this is a blue sky kind of crazy fun show, it captures the heart of why the Filipinos are such wonderful and special people.”

As to what needs to happen for “Almost Paradise” to have its Season 2, Devlin said: “What the people can do is watch the show and tell their friends to watch it, too. The response we got from people who have watched the show is something I’ve never seen before. Everybody seems to like ‘Almost Paradise.’”

For Bayani, “it’s not really a question of ‘if,’ but of ‘when’ and ‘how soon?’ We really want to push through with it. This is just the beginning of a long and productive creative journey. We’ll definitely support this here.”

Devlin, meanwhile, said he wanted to “give credit” to Kapamilya network COO Cory Vidanes, “because this wasn’t supposed to go on for quite some time, but she called me to say, ‘the Filipino people need this right now. Can we move up the date earlier?’ Her passion about wanting to do something for the people was so moving that we immediately said, ‘Of course! Absolutely!”

“Almost Paradise” started streaming locally in March. It continues to air every Sunday, 8:45 p.m. on the Kapamilya Channel, A2Z, iWantTFC, and Kapamilya Online Live (KOL) on Facebook and YouTube. INQ