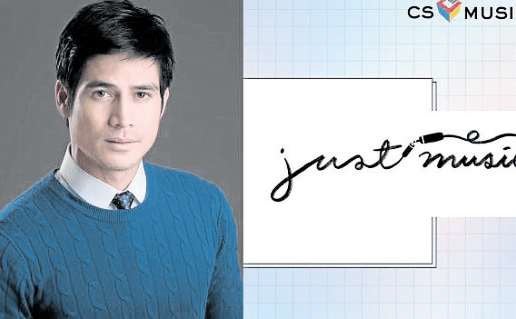 After putting up his own film studio, Piolo Pascual now has his sights on discovering young artists.

Through his recently launched indie record label, Just Music, the actor hopes to provide emerging talents a wider platform and a “safe space” where they can “explore their creativity,” and where their rights as musicians will be of utmost priority.

“With the abundance of talent we have here in the Philippines, we have been seeing lots of potential in new artists, and that’s where this all came up,” the actor said in a statement.

“When you see a lot of artists who could potentially make a change on the music scene, you want to give them the platform and chance,” Piolo said of Just Music, which is a subunit of Cornerstone Music, headed by Erickson Raymundo.

With the live music scene still in limbo because of the COVID-19 pandemic, many artists have been turning to digital media or online shows to continue making a living. But this business model mostly benefits those who already have established fanbases. Piolo’s label hopes to address that.

“There are a lot of new artists and so much talent waiting to be exposed, but they need a platform to legitimize it. I want to give them a chance to shine on their own, using this label,” Piolo said. As its name suggests, Just Music’s vision and direction focuses on the music itself—not the “visuals” or the “shock value.”

And for its opening salvo, the label has introduced two new artists who have just dropped new singles, which are now available on streaming platforms. There’s Kenji with his dreamy ballad of heartbreak “Night and Day,” as well as NKO, whose retro-vibed earwork “Langit” compels listeners to move to the beat.

“When I first heard them, I knew that they had global appeal,” said Piolo, who’s expected to grow his roster in the coming months. “Discovering new talents who have their own taste in music, in the way they want to express themselves … it’s nice.” INQ

Read Next
Tuldok, May 18, 2021
EDITORS' PICK
Behind Terance Mann’s 39, Clippers oust Jazz in Game 6
Smart celebrates all kinds of ‘#SimplyLove’ for Pride Month
Smart brings KCON:TACT especially 4U to subscribers from June 19 to 27
WATCH: INQside Look with Fil-Am actress Aina Dumlao
SWS: Over 12M Filipinos still jobless as of May 2021
Gilas out to prove Korea win not a fluke; Tab fires back at ‘lucky shot’ remark
MOST READ
Underdog Dasmariñas vows to fight to the death vs Inoue
Dizon: 40 of 119 ‘Build’ projects done by 2022
South Korea rips Thailand ahead of Gilas rematch
Rajko Toroman praises, warns Gilas Pilipinas
Don't miss out on the latest news and information.