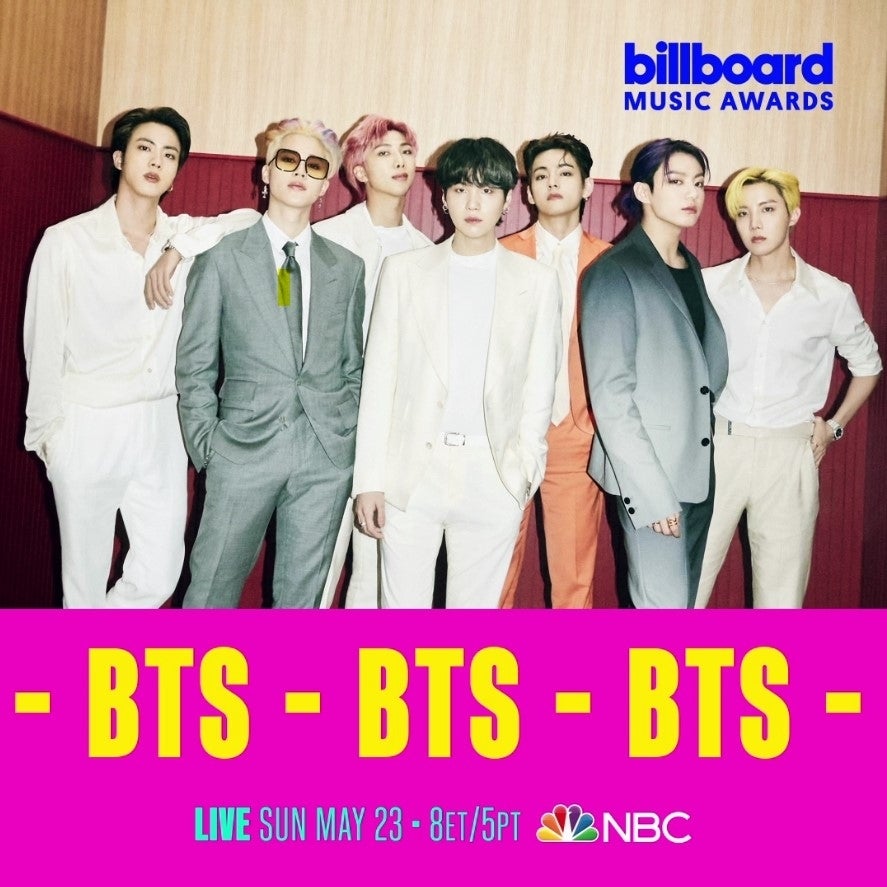 SEOUL — K-pop superstars BTS will put on its first performance of the upcoming release “Butter” at the Billboard Music Awards (BBMAs) scheduled for later this month.

The seven-piece act will be performing at the annual music awards for the fourth consecutive year, unveiling “Butter” at the ceremony scheduled for May 23 (US time), according to the BBMAs.

The performance comes just two days after the scheduled release of the act’s second English single “Butter,” which will drop globally at 1 p.m. on May 21.

BTS first performed “Fake Love” at the 2018 BBMAs and “Boy With Luv” (Feat. Halsey) the following year. Last year, it performed its megahit “Dynamite” at Incheon International Airport, west of Seoul, instead of attending the American awards show in person amid the pandemic.

This year’s BBMAs — based on charts compiled between March 21, 2020, and April 3 this year — will air via NBC at the Microsoft Theater in Los Angeles. (Yonhap)