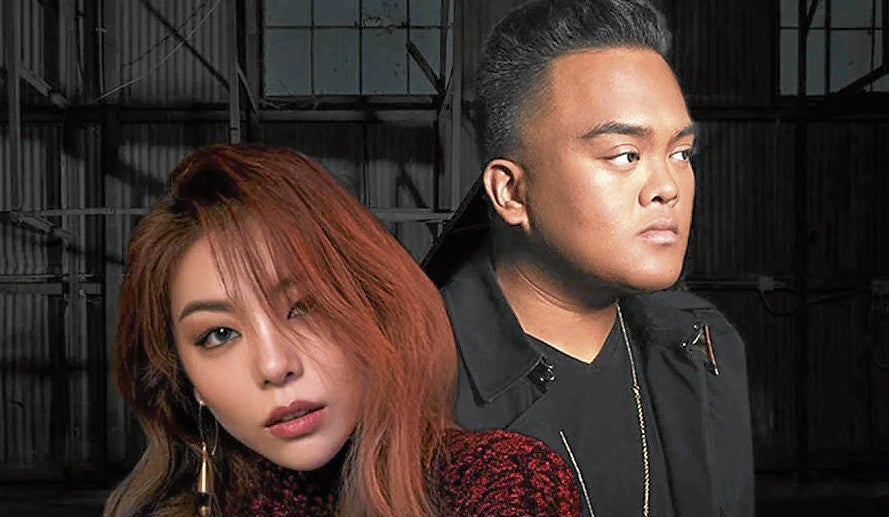 The first time she heard the Filipino ballad “Kahit Isang Saglit,” K-pop star Ailee was immediately captivated by its “beauty and emotional melody.”

And then she felt the pressure, realizing that she would have to give it justice in her rendition for “Kaibigan Vol. 1”—an OPM compilation album by Filipino American musical director Troy Laureta. The song was first recorded by Vernie Varga in the 1980s and popularized by Martin Nievera in the 1990s.

“I was curious what the song is about, because it sounds so beautiful. I knew I wanted to sing the song after listening to it. And when Troy asked me to be part of his album, I was like, ‘Yeah, I would totally do it!’” said Ailee, who debuted in Korea in 2011, and has since scored multiple No. 1 and Top 10 hits there, including “Heaven,” “U&I” and “Singing Got Better.”Ailee is also the voice behind “I Will Go to You Like the First Snow”—the theme song of the hit Korean drama “Goblin.”

“I knew the song was a big hit. So I said, ‘Oh, the pressure! I can’t mess this up,’” the Korean American artist told the Inquirer in a Zoom interview. “And so, I thought I should practice and get the pronunciation right beforehand so that Troy can have an easier time with the recording.”

Luckily, Ailee ran into a Filipino American friend who happened to be in Korea the time Troy pitched her the collaboration.

“My friend from high school, whom I haven’t seen in many years, was randomly living in Korea and hit me up. And then, I got a phone call from Troy, asking me if I wanted this Tagalog song. I was like, ‘Oh my God, I have a friend from the United States who’s actually Filipino. Maybe he can help me, too.’”

“So, during the recording, Troy was talking to me through video chat, while my friend helped me in the studio,” she related. “I feel like I was destined to do this song!”

The song’s range wasn’t a problem for Ailee, who possesses a sweet, but powerful voice. But more than the technical aspect, it’s the message and delivery she meticulously worked on.

“The song is in a language I haven’t spoken before so it was definitely a challenge for me. Troy gave me an overview of the song, but I also wanted to know what each line and word meant. I might have been annoying, asking for translation, but I wanted to know the meanings, so I could portray each word or line with a certain emotion,” she said.

“I was very unsure and worried at first, but they helped me a lot … I feel like the song came out very well,” added the 31-year-old singer-songwriter, who has recently released a new EP titled, “Lovin’,” ahead of her upcoming third studio album.

She’s also embarking on tour in Korea that will last until July. “I have been busy amid the pandemic. Now I’m finalizing things, preparing for the shows and the album’s release. After everything’s done, I think I’m going to have some free time. And I want to play a lot of video games,” she said, laughing.

While Troy knew about Ailee and her music, it wasn’t until January 2020 that she finally met the K-pop artist. During a concert of David Foster—for which Troy had worked as a musical director—Ailee was plucked from the crowd and invited by the iconic composer-producer to sing and join him onstage.

“Everyone there was like, ‘Who’s this girl? And I’m like, ‘I know who that is. That’s Ailee y’all. It was such a cool thing. I called her months later and told her about a project I was working on to promote Filipino music. She was awesome about it,” he said.

Troy knew from the get-go that Ailee had the vocal chops to sing “Kahit Isang Saglit,” so it was just a matter of coming up with the right arrangement. His idea, he said, was to give the ballad a Korean drama theme song feel, while preserving the essence of the original.

“I knew that she had the emotion and voice to carry this iconic Filipino song,” said Troy, who has also worked with the likes of Ariana Grande, Iggy Azalea, Rita Ora, Andrea Bocelli, Steven Tyler, Justin Bieber and Katy Perry. “I was a big fan of hers, even before I met her.”

“When it came to the arrangements, I didn’t want to veer away too far from the original. I wanted to keep the integrity of the song. I also know that Ailee comes from a K-pop background, so I wanted to give it a sort of K-Drama-meets-Filipino ‘teleserye’ vibe,” he explained. “I wanted to merge her and my styles and influences.”

He also wanted to highlight the song’s buildup through Ailee’s vocals. “She sounds delicate at the start and then goes powerful later on. I wanted to explore all aspects of her voice,” he said.

“The whole mission of this project is that there are no boundaries in music. Being able to promote Filipino music in the global market is surreal. I think it’s about time. There’s so much talent in the Philippines and Asia in general,” he said. “It’s such an honor to wave my flag.”

Troy is also thankful to his collaborators for helping him create something that can uplift people’s spirits in these trying times.

“It has been a tough year for many artists because of the pandemic. It was depressing at the beginning. But as the year goes by, I learned to be more appreciative and my faith in God has really taken me through. A lot of awful things happened in 2020. But as a musician, to take that pain and struggle, and turn it into something beautiful, was a redemption,” he said.

Read Next
Twin win for PH filmmaker in Italian fest
EDITORS' PICK
Smart celebrates all kinds of ‘#SimplyLove’ for Pride Month
Smart brings KCON:TACT especially 4U to subscribers from June 19 to 27
Lacson disputes need for more COVID-19 vaccine funds
How this dad raised an empowered trans daughter
Gilas out to prove Korea win not a fluke; Tab fires back at ‘lucky shot’ remark
Minor’s death in Laguna drug raid prompts probe; 10 cops held
MOST READ
Underdog Dasmariñas vows to fight to the death vs Inoue
The opposition’s dilemma
Rajko Toroman praises, warns Gilas Pilipinas
How this dad raised an empowered trans daughter
Don't miss out on the latest news and information.