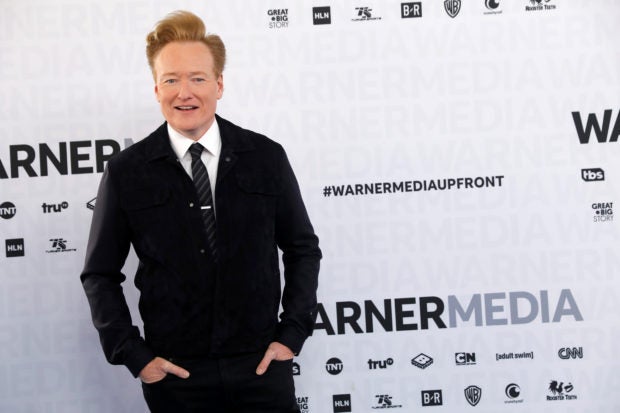 Late-night talk show host Conan O’Brien will host his long-running nightly TBS “Conan” talkshow for the last time on June 24, WarnerMedia said on Monday, ahead of his shift to a new show on HBO Max.

The final weeks of the TBS show will feature a line-up of special guests, culminating in an extended hour-long finale recapping his 11-year run.

“The plan is to re-emerge on HBO Max sometime in the near future with I think what will be my fourth iteration of a program,” O’Brien said at the start of “Conan” on Monday.

Known for his clever comedy, often self-deprecating and awkward, O’Brien is the current longest serving nightly late-night talk show host in the United States, having started his career in 1993 when NBC tapped him to take over from David Letterman as host of the Late Night franchise. He has won four Emmy Awards and six Writers Guild Awards. JB