How Pido’s ‘connections’ cushion the blow of lockdown restrictions 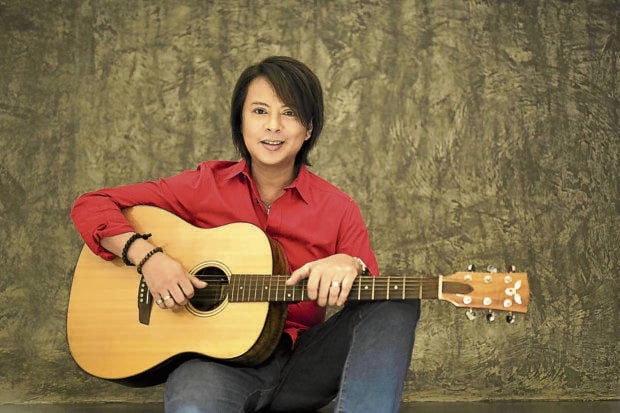 After 10 years, musician Pido Lalimarmo, who’s best known for the hit 1990s ballad “Misty Glass Window,” has finally gotten back to writing songs—something he had to put off because of his busy live-music grind.

But now, with more time in his hands because of the pandemic, he has never been more prolific. And one of the songs to come out from his sessions is “Invisible Cages,” his upcoming single under his label, Glass Onion Entertainment.

“It is the first song I have written in a decade. The pandemic had me writing again, because there was not much else to do. I was able to come up with a couple of tracks, which was rare, because I usually write seasonally, or one at a time,” he told the Inquirer in a recent Zoom interview.

“I hope to keep going. I can’t promise anything, but I want to test or challenge myself to write more songs, not only for myself, but also for other artists,” added Pido, who has played for such bands and artists as Side A, Artstart, South Border and Stephen Bishop. He also has his own band called Pido with Take One.

“I feel great because it has been so long. There’s nothing really good about the pandemic per se. But it did compel me to do the things I couldn’t do prior to that,” he added.

“Invisible Cages,” which will be featured in a future solo album, was described by the seasoned singer-guitarist as “low-key” and with “full-sounding” instrumentation. “It was inspired and done during the lockdown. It shows my reaction or how I responded to the lockdown … the hassles. But it’s not preaching or trying to be inspirational. It’s a straightforward telling of my emotions,” he explained.

Pido had his hands full before COVID-19 shuttered the live music industry: He had his regular gigs, solo and with his band; he had a number of side projects to tend to. Things couldn’t be more different now.

“But the first few months were especially hard. We didn’t expect the lockdown to last this long, so there was anxiety and paranoia. No money was coming in … There’s this mental battle about trying to look for ways to earn, but there were a lot of restrictions,” he said.

Mercifully, the advent of online shows provided some cushion. He has been doing a series of virtual gigs, like “Home Sessions.” He reunited with the founding members of Side A for a special benefit concert called “Calesa Side A Redux.” And last May 1, he teamed up with Paolo Santos for a concert called “In Retrospect.”

“We thank technology for that. Otherwise, we would have been in a worse state,” he said

And while performing online can never replace the feeling of being onstage before an eager crowd, it sure beats having nothing. “You don’t get the feel of the venue and the immediate reactions. But you just have to do your job and do your best.

It’s also in these difficult times that he fully realized the importance of the connections he has made with the different bands he was part of.

“They’re all part of my musical journey. It never felt like a job. Each band marks an episode in this journey. I learned so much. I had a lot of good memories. The good thing about having different collaborators is that you get to test your skill, you don’t get tired … Life is too short to tie yourself into one group,” he said. “And it was good to get in touch with them now because it fuels you.”

“Misty Glass Window,” which has been covered by the likes of Regine Velasquez, Kyla and Erik Santos, is a “defining” aspect of Pido’s career. “I’m happy and proud that the song is still gaining new listeners. And it’s flattering when other artists revive the song,” he related.

Pido could only wish that his new compositions achieve similar success. But at the end of the day, longevity and passion are still most important. “You just have to ride the tide, survive and have fun,” he said. “That’s my motto—whatever you do, enjoy it,” he said. INQ