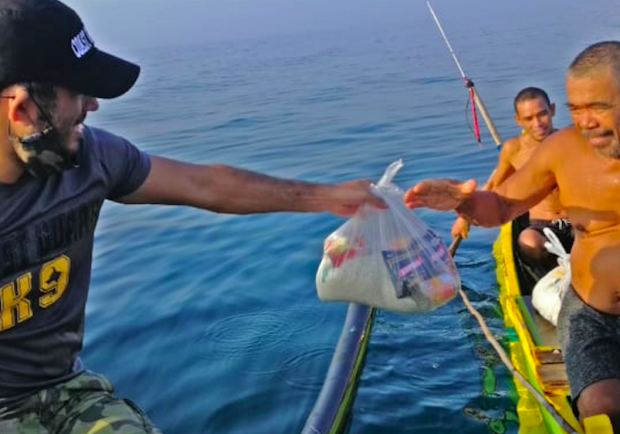 The coast guard handed out 100 food packs to local fishermen as part of its project “Bayanihan sa Karagatan.” Anderson helped distribute some of the relief goods, as seen in the agency’s Facebook page, also today.

(According to LCDR Anderson PCGA, [Anderson] participated in “Bayanihan sa Karagatan” to support the hardworking fishermen who help maintain enough food supplies for Botolan, even amid the pandemic.)

This outing comes after Anderson and his girlfriend, actress Julia Barretto, were seen fishing in the West Philippine Sea this month, presumed to be off the coast of Zambales. They also earlier volunteered with the coast guard by handing out relief goods to 300 Aeta families, for the actor’s 32nd birthday.

Anderson has been an auxiliary officer for the coast guard since 2016. JB

Read Next
Dimples Romana opens first overseas restaurant in Singapore
EDITORS' PICK
Acer starts the year off strong with the Aspire Vero National Geographic Edition
Over 3 Million worth of prizes to be won at Smart Padala’s SENDali Manalo Promo!
Gear up and get ready to play with Yamaha Mio Gear
Being a celebrity isn’t wholly an ‘advantage’ in the election, says Sotto
Gov’t eyeing COVID-19 tests in pharmacies
Octogenarian jailed for ‘stealing mangoes’ freed after people chip in for bail
MOST READ
Imelda Marcos trends on Twitter after octogenarian jailed for allegedly stealing mangoes
Help pours in for octogenarian jailed for ‘stealing’ mangoes in Pangasinan
Natural immunity more potent than vaccines during US Delta wave—study
SSS: Members on home quarantine due to COVID-19 can apply for sickness benefit
Don't miss out on the latest news and information.