Bimby Aquino on his sexual orientation: ‘I’m straight, I like women’ 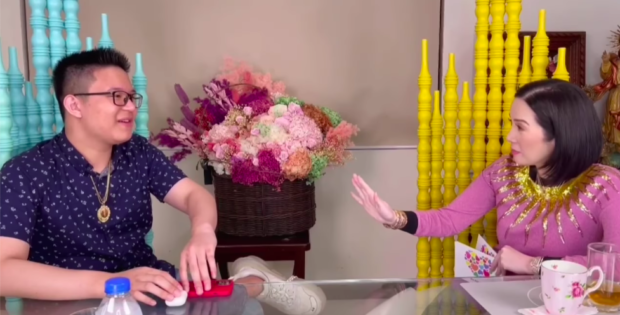 Kris Aquino’s youngest son Bimby set the record straight about his sexual orientation, amid continued speculations that he is gay.

“How do you feel, honestly, when you read those comments that say you’re gay?” Kris asked her son in a video on her Facebook page last Friday, April 23.

“I just feel like ‘If you think I’m gay, alright dude.’ But you do realize that the gay community sa (in the) Philippines is a strong community,” he said.

“I’m 14 in a few minutes. It did not go through my mind because I know what I am. I’m straight. I’m straight as [an] arrow,” he added. Bimby recently had his birthday and was greeted by his father, basketball star James Yap.

This is Bimb’s Story. Ang Kwento nya, ang katotohanan ng buhay nya, ang mga pangarap nya, ang mga natutunan nya… Naging BUO ako dahil pinili akong maging nanay ni kuya josh at ni Bimb. Kahit sinong magulang mauunawaan kung bakit hindi ako sumusuko sa kahit anong pagsubok dahil kailangan pa nila ako at ramdam na ramdam ko ang pagmamahal nila… Hindi pa huli ang lahat- i still pray a good man will come into our lives so my 2 will know what having a father who will accept them and just be there for them and show them that a nuclear FAMILY- a simple, regular, away from the limelight one is possible. They deserve to experience that. All in God’s time… #family #faith

Aquino asked her son for a second time but he firmly said he is straight. She also assured him that she will accept him no matter what his sexual orientation is.

“I’ll set the record straight. I’m straight. I like women. I don’t like boys,” Bimby reiterated. He also addressed the homophobia directed at him, noting that other people are allowed to have their own opinion about him.

Kris called out homophobia directed at her son last month, when some netizens bashed Bimby for having picked up on her mannerisms, as he appeared in one of her vlogs. She has since taken the blame for the bashing on her sons.

Kris also said that her conversation with Bimby will be the last one they’ll do for a while, as she will be limiting her sons’ public appearances. JB

James Yap on son Bimby’s 14th birthday: ‘I love you no matter what’