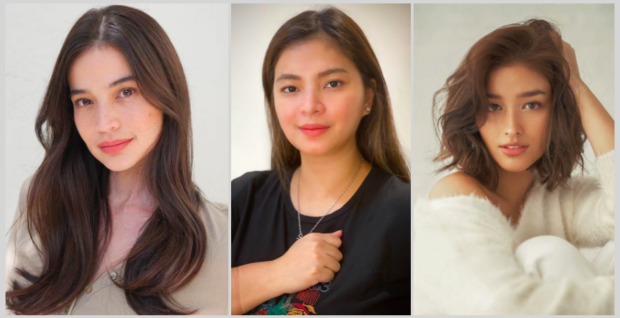 Angel Locsin received support from fellow celebrities amid some criticisms she got from detractors after a senior citizen passed out and died at a community pantry that she hosted.

Locsin set up a community pantry in Quezon City to mark her birthday last Friday, April 23. But one of the people waiting in line, 67-year-old Rolando Dela Cruz, collapsed and was declared dead on arrival that morning.

Locsin issued an apology and took responsibility for Dela Cruz’s death through her Instagram page on the same day.

“Humihingi po ako ng tawad sa pamilya. At habang buhay po ako hihingi ng patawad sa kanila,” she said. (I ask for forgiveness from the family. And I will forever ask for their forgiveness.)

Several celebrities comforted Locsin, noting that the actress had good intentions despite the tragedy.

“You’ve always had nothing but sincere and good intentions every time you have helped those in need. Sending you a big hug Mars (friend). We are all saddened [by] what happened,” Anne Curtis told Locsin. 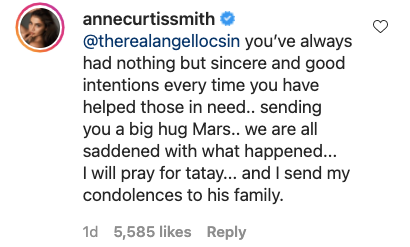 Meanwhile, Liza Soberano said Locsin should not blame herself for the death of the senior citizen.

Soberano later clarified that she did not mean Locsin should not feel saddened by the man’s death, but that the actress should not be blamed for it.

“It’s only right and natural for ate Angel to be sorry about the life that was lost. It’s just unfair to me that her intentions were twisted and she’s being blamed for the death that she never intended to happen,” she stated in a Twitter post yesterday, April 24.

It’s just unfair to me that her intentions were twisted and she’s being blamed for the death that she never intended to happen. Sorry if the family affected by this for offended by my comment but this was not for you but the people blaming her.

Aside from fellow celebrities, foreign affairs secretary Teodoro Locsin Jr. came to Angel’s defense following the elderly man’s death. He said no forgiveness was needed because the actress still tried to provide assistance to those in need.

The Quezon City government stated that it will shoulder burial expenses for Dela Cruz and appealed to organizers to coordinate relief efforts with barangay officials or the local government if necessary. JB