The actress talks about the women she looks up to, her stint as a soldier and the struggle for equal pay with her male costars
By: Rito P. Asilo - Entertainment Editor
Philippine Daily Inquirer / 12:05 AM April 25, 2021 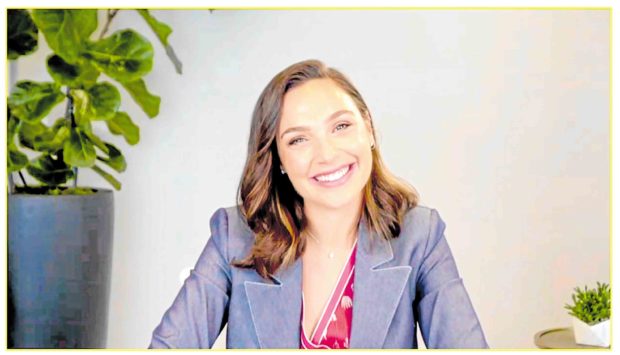 Who needs a magic lasso, an invisible plane and those superfriends from the Justice League when you have Gal Gadot around?

“The Wonder Woman” star was nothing short of mesmerizing—electrifying, even—when I, along with other journalists from around the world, spoke to her in a roundtable discussion last April 13 about “IMPACT with Gal Gadot,” the women-driven series of short-form documentaries the actress is producing and hosting for National Geographic (NatGeo) Channel and its social media platforms. Actually, it was my second time to virtually “meet” gorgeous Gal—I also attended the Television Critics Association (TCA) tour last February, also for “IMPACT”—but I still felt tingly all over when the 35-year-old former model, soldier and beauty queen (she was Miss Israel 2004) asked NatGeo’s junket technicians to enlarge my panel on Zoom to facilitate a “more personal” interaction. Here’s a woman who wears her heart on her sleeve, devoid of movie-star pretenses and disarmingly unaffected by her popularity, power and influence.

In fact, even in rare instances when she found herself at a loss for words, Gal was candid enough to say, “God, my brain doesn’t work with this pregnancy.” (She’s “in the family way,” her third child with husband Yaron Varsano, with whom she has two daughters, aged 10 and 4.)

Needless to say, Gal knocked everyone’s socks off with her warmth and easygoing charm. What a gal, indeed!

Gal refers to the sextet as her “Women of Wonder” because, as she explained, they “seek to improve the lives of the people around them, despite living in areas marred by violence, poverty, trauma, discrimination, oppression and natural disasters.” 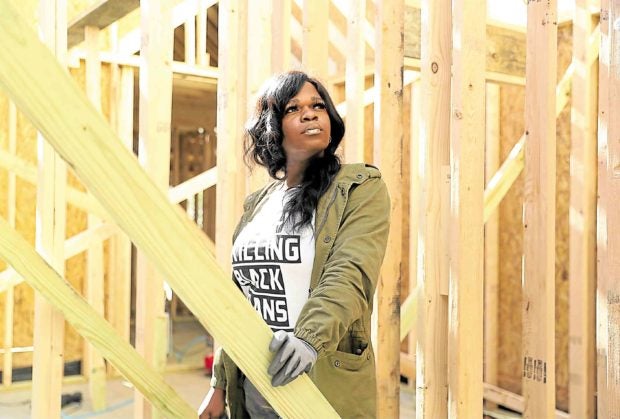 Yes, the challenges in her life may not have been as “daunting” as those mentioned above—but that’s precisely why Gal wants to “pay it forward.”

“I feel grateful for the life that I have, and for not having to deal with such big issues—and that’s part of the reason I am passionate about helping others in ways that I can,” Gal said at the TCA tour. “I had a healthy upbringing. I guess my biggest obstacle is about overcoming my own fears. But after doing ‘Wonder Woman,’ I wanted to do something good with the big reach that I have.

“I wanted to use my platform to shed light on the stories of these incredible women and maybe ignite something in others by creating a movement of people that just wants to do good to the world. I feel very lucky to have the opportunity to do this.

“There are endless stories about the great things that women can do, but the stories in this series are extraordinary. This isn’t about me. All these women come from difficult circumstances, and yet they dare to dream, change, speak up and make a change in their communities. These are inspiring acts of selflessness that lead to a ripple effect—it’s purely about the community that benefits from their actions.

“As Wonder Woman, I go to the set, get my costume and dress up, pick up my sword, and then I fight. But all that is just make-believe! The women in ‘IMPACT’ are the real heroes because they’re the ones on the ground, sweating it out and doing all they can to make the world a better place.” 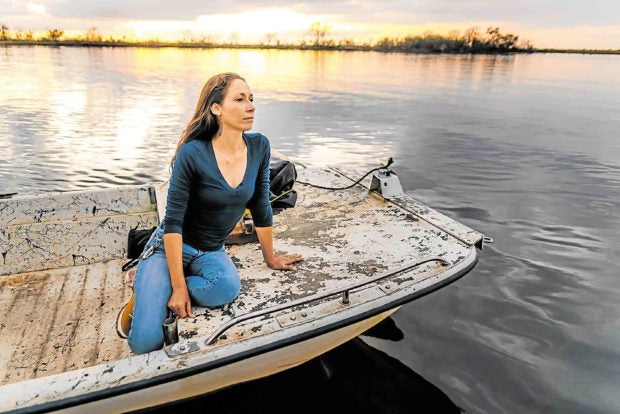 After sitting through two sets of screeners, I was just as swept off my feet as Gal was by the compelling tales of her so-called Women of Wonder—particularly by the story of Kelsey, who lost her twin sister Audrey (a health-care worker) to COVID-19 recently and transgender leader Kayla, who’s building houses for homeless transgenders.

When I asked Gal what, in her case, has been her biggest struggle as a woman, I didn’t expect the actress to say something potentially controversial—but with so much charm and candor.

“My biggest struggle as a woman, I would say, would be the equal pay with my male costars,” Gal disclosed. “But, I must say that I love my costars so much (laughs).”

Our Q&A with wonder Gal:

How did the show come about?It all started when we saw the documentary that [executive producer and codirector] Ryan Pallota did—about the young dancer (Tuany Nascimento) from the favelas (slums) of Brazil and the impact she has on her community. We said, “This is perfect! Let’s build an entire concept around it, and tell female-driven stories that can inspire other people to do good.” 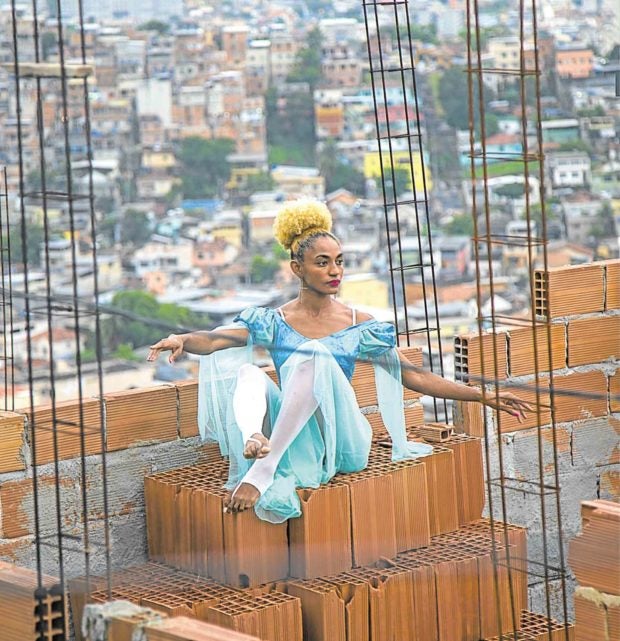 I feel like we’re living in such a dark era, where people keep playing the blame game. There’s so much finger-pointing because people aren’t taking responsibility for their actions. People are always angry. But this show brings something refreshing for me because, suddenly, I’m surrounded by people and stories that are driven by goodwill.

Who are the women who had an impact on you?

There are so many. It starts with the best role model one can have—so for me, it’s my mom and my grandma. My mother is a teacher. She raised me and my sister to be confident, to love ourselves and to dream and dare.

But growing up, I was obsessed with poet Maya Angelou. I was inspired by Madonna, for being a trailblazer. She broke so many glass ceilings. She’s someone who doesn’t care what others think about her. Then, there’s former US first ladies Hillary Clinton and Michelle Obama, as well as German chancellor Angela Merkel.

There’s ongoing criticism on the internet about your past in the military. Surely, you’ve heard of this, especially in your work as Wonder Woman. How do you overcome these talks and move forward with your activism and humanitarian projects?

Much of it comes from ignorance, and people not understanding what most people do in the Israeli army—or what I did during my service. But the thing that works best for me is trying to mute all the noise and just do good. 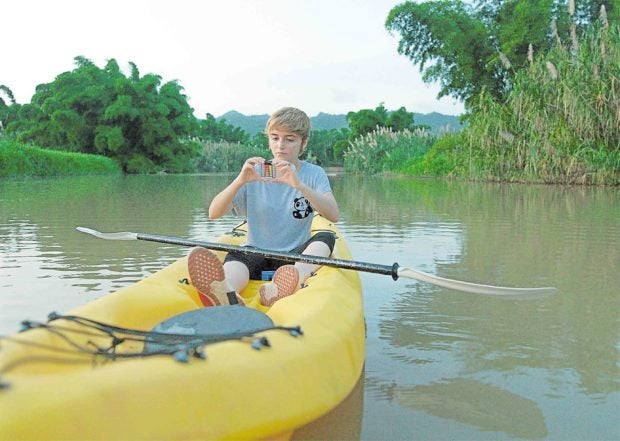 In everything I do, I implement the values I believe in and send this narrative out to the world. Twitter and all these social media platforms can be very dark and full of hate and negativity. I read it and go, “Wow, they obviously have no idea!” Being an Israeli, going to the army is mandatory. Everybody does it. And by the way, it’s everyone’s dream in Israel that their children won’t have to serve in the army because, then, there’ll be peace in the Middle East. But it is what it is, so I just try to spread as much kindness as I can and talk about the things I believe in.

We live in very stressful times. What do you think is the biggest superpower a woman can have today?

First of all, we can have children—that’s something men will never be able to do (laughs)! But I don’t like talks that divide men and women. I just love people for being people, regardless of gender. I have a great father, a wonderful husband, an amazing mother, sister and friends. When we talk about this whole gender-equality thing, we should always include the men because they’re as much a part of this world as women are. But this is where proper education should come in.

That’s why I’m so happy with “Wonder Woman” because, now, small girls can watch this movie, be inspired by her, and think that they can also become someone as powerful as Wonder Woman. But it’s also important for little boys to see that a strong woman can do amazing things, or feats that they can admire. We’re all equal—and we’re all in this together. We need to work toward a place where we can all feel good about ourselves. INQ“

National Geographic Presents: IMPACT with Gal Gadot” premieres tomorrow on NatGeo’s YouTube channel. The weekly documentary short series will first be released digitally, then culminate in a feature-length special set to premiere on National Geographic Channel on June 24, before airing globally in 142 countries and 43 languages.