Diego Luna joins HBO’s ‘The Last of Us’ cast as Joel’s brother, Tommy 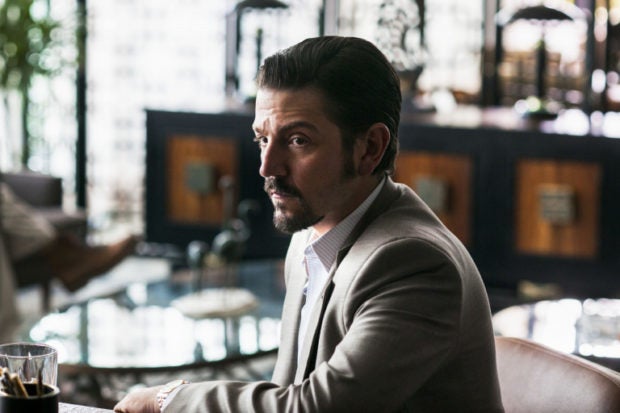 Diego Luna will be starring alongside Pedro Pascal in the live-action adaptation of the critically acclaimed PlayStation exclusive title “The Last of Us.”

Luna will be playing Tommy Miller, the brother of Pascal’s Joel Miller in the upcoming series on HBO, the actor announced via Twitter earlier today, April 16.

“Proud to join Craig Mazin, @Neil_Druckmann, Carolyn Strauss and the folks at @HBO on The Last of Us,'” Luna posted. He is also set to star alongside “Game of Thrones” star Bella Ramsey, who will be playing Ellie.

“I have so much love for the work done by @PedroPascal1 and @BellaRamsey and I’m excited to go on this adventure with them as Tommy,” the “Rogue One: A Star Wars Story” actor added.

Quoting a line from the video game, Luna ended his tweet with “Endure and survive.” The actor’s post also contains a report from Deadline, which first broke the news to fans.

Proud to join Craig Mazin, @Neil_Druckmann, Carolyn Strauss and the folks at @HBO on The Last of Us. I have so much love for the work done by @PedroPascal1 and @BellaRamsey and I’m excited to go on this adventure with them as Tommy. “Endure and Survive”. #TheLastofUs #HBO https://t.co/F10V3JkoPD

“Welcome @IamGabrielLuna! We’re so excited to see you bring Tommy to life on The Last of Us @HBO series!” Naughty Dog posted, quoting another report on the casting from Variety.

Welcome @IamGabrielLuna! We're so excited to see you bring Tommy to life on The Last of Us @HBO series! 🎉 https://t.co/GU1BnR0Jn8

Aside from starring in “Rogue One,” Luna is also known for his role as Robbie Reyes a.k.a. the Ghost Rider in the Marvel series “Agents of S.H.E.I.L.D.” He also starred as the drug cartel founder Félix Gallardo in “Narcos: Mexico.”

Kantemir Balagov will direct the pilot episode of the upcoming HBO show, which is a co-production with Sony Pictures Television, PlayStation Productions, Word Games, The Mighty Mint and Naughty Dog, according to Deadline.

In the post-apocalyptic story of “The Last of Us,” Joel is tasked with smuggling 14-year-old Ellie across the United States in hopes of helping the Fireflies, a group trying to find a cure for the zombie-like infection that ravaged the world.

The game’s world also faces a mutated strain of the cordyceps fungus that has infected almost all of humanity, turning them into flesh-eating monsters. The sheer devastation brought by the infection caused modern civilization to fall, forcing survivors to form groups, camps or live as nomads across the world.

Tommy founded one such settlement with his wife, Maria, in Jackson County, Wyoming, where they cross paths with Joel and Ellie.

The critically acclaimed title has racked up a number of awards since its release around eight years ago. These include several Best Game awards, Game of the Year awards, as well as awards for Best Performance, among others.

The game was initially released for PlayStation 3 in 2013 and remastered for the PlayStation 4 around a year later. Its sequel, “The Last of Us II,” was, meanwhile, released only last year.  /ra