Pedro Pascal, Bella Ramsey to play Joel, Ellie in 'The Last of Us' series | Inquirer Entertainment 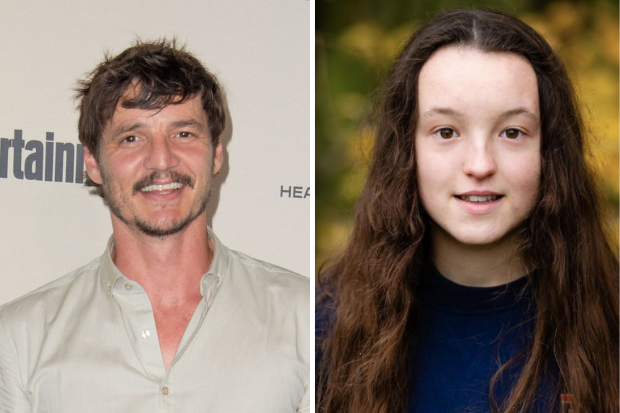 Pedro Pascal (left) will be Joel Miller, while Bella Ramsey will play Ellie in “The Last of Us.” Images: AFP/Valerie Macon, Instagram/@bellaramsey/ruthjoyphotography

“The Mandalorian” star Pedro Pascal will be teaming up with “Game of Thrones” breakout star Bella Ramsey for the highly anticipated live-action series adaptation of “The Last of Us.”

Pascal, who currently plays the titular role of the Disney show, will be taking on the role of another lone wolf in the form of Joel Miller in the upcoming HBO series.

Ramsey, who is most famous for her role as the fierce Lyanna Mormont in “Game of Thrones,” will be taking on the role of Ellie.

While both actors appeared in “Game of Thrones,” they did not really cross paths. Lyanna Mormont first appeared in the show in season 6, while Pascal’s character, Oberyn Martell, died in season 4.

Neil Druckmann, the creative director of the original game, confirmed the news via his Twitter account earlier today after reports of the casting were published.

“We’re absolutely thrilled to have Bella join the TLoU family!” he posted.

“Aaaaand there’s the other half. Stoked to have Pedro aboard our show!” Druckmann shared in another tweet.

Aaaaand there’s the other half. Stoked to have Pedro aboard our show! https://t.co/Etsjvfb2Wi

Druckmann will be co-writing the script and is serving as the show’s executive producer alongside Naughty Dog co-president Evan Wells. The creator of the award-winning series “Chernobyl,” Craig Mazin, will, meanwhile, serve as the director.

In the post-apocalyptic game, Joel is tasked to smuggle 14-year-old Ellie across the United States in hopes of helping the Fireflies, a group trying to find a cure for the zombie-like infection that ravaged the world.

In “The Last of Us,” a mutated strain of the cordyceps fungus has infected almost all of humanity, turning them into flesh-eating monsters. The sheer devastation brought by the infection caused modern civilization to fall, forcing survivors to form groups, camps or live as nomads across the world.

Portrait of Ellie and Joel from “The Last of Us” (Image: Facebook/@naughtydog)

The critically acclaimed title, developed by Naughty Dog, has racked up a number of awards since its release around eight years ago. These include several best game awards, Game of the Year awards, as well as awards for best performance, among others.

Thegame was initially released for PlayStation 3 in 2013 and remastered for the PlayStation 4 around a year later. Its sequel, “The Last of Us II,” was, meanwhile, released only last year.  /ra