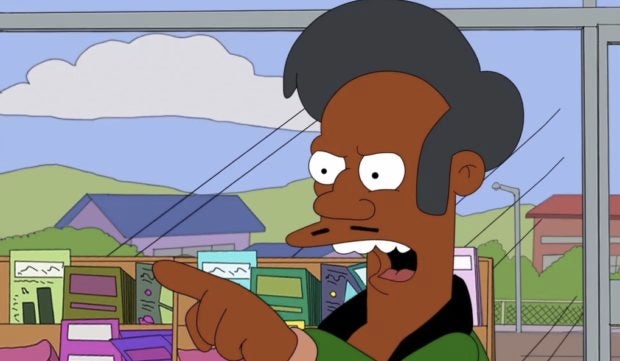 LOS ANGELES — Hank Azaria has issued an apology for voicing Kwik-E-Mart owner Apu on “The Simpsons,” a controversial role he played for 30 years despite Apu being Indian.

“I apologize for my part in creating that and participating in that,” Azaria said. “Part of me feels I need to go round to every single Indian person in this country and apologize.”

Azaria, who began voicing the convenience store owner in 1990, spoke about the recent controversies surrounding his character on Dax Shepherd’s “Armchair Expert” podcast. In January 2020, he stepped down from voicing Apu on “The Simpsons.” The voice actor insists the character was created with good intentions but said there were real negative consequences to the portrayal.

“I really didn’t know any better,” Azaria said. “I didn’t think about it. I was unaware of how much relative advantage I had received in this country as a white kid from Queens.”

Azaria said Peter Seller’s performance in “The Party” inspired Apu’s voice on “The Simpsons.” Seller, the white actor who portrayed the gawky Hrundi V. Bakshi in the film, wore brownface and perpetuated Indian stereotypes. Looking back, Azaria said this was “a great example of white privilege relative advantage.”

“At the time, Indian people were very upset with that portrayal back in 1966,” Azaria said. “I couldn’t be possibly passing along structural racism more perfectly, at least in a show business context, by taking something that was already upsetting and going, ‘Oh, this is wonderful!”‘

Indian comic Hari Kondabolu outlined the negative stereotypes and racial microaggressions that Apu’s character represents in his documentary “The Problem With Apu,” which was released on truTV in 2017.

Kondabolu brought in various Indian talents from Hollywood to share their personal stories of how white people bullied them by using Apu’s character. Many people used Apu’s ubiquitous line “Thank you, come again” as the punchline for their harmful and racist gestures.

Shortly after the film’s release, “The Simpsons” writers addressed the controversies surrounding Apu. In the episode “No Good Read Goes Unpunished,” Marge purchases an old fairytale book from her childhood to read to Lisa as a bedtime story.

While reading the story, Marge began to realize how culturally offensive the book actually is. Toward the end of the episode, Lisa looks directly into the camera, saying: “Something that started decades ago and was applauded and inoffensive is now politically incorrect. What can you do?” She then looks over at a framed picture of Apu, which has the line “Don’t have a cow!” written on it.

Since stepping down from the role, Azaria said he has “read spoke to people who knew a lot about racism, spoke to lots of Indian people and went to seminars.”

While he still voices characters on “The Simpsons,” he is now a major proponent for casting actors of color to voice characters of color. Azaria said he slowly came to realize that Apu was the only representation of Indian people in American pop culture for 20 years.

“If that were the only representation of my people in American pop culture,” he said, “I don’t think I would’ve been crazy about that.” JB

‘Gundam’ to get live-action adaptation under ‘Kong’ director