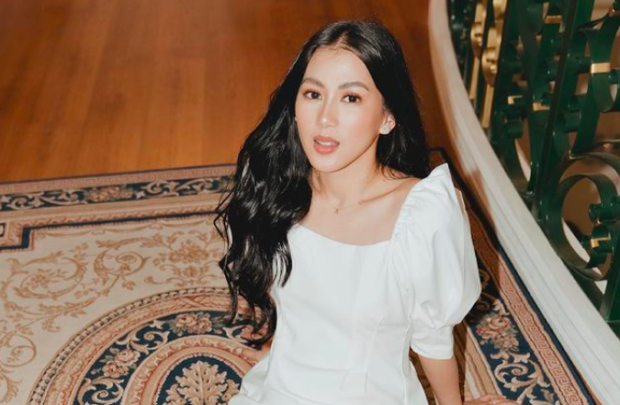 Alex Gonzaga got candid when she revealed that she had a minimally invasive thread lift and lip procedure with celebrity doctor Vicki Belo.

The doctor to the stars prodded Gonzaga to make the admission on her YouTube vlog last April 8, claiming that the video will get millions of views if Gonzaga made the revelation.

“Nagpa-dede ako. Charing,” Gonzaga quipped. But she eventually admitted that had something changed on her face. “Nagpa-thread lift ako saka lips, okay? Don’t judge me.”

She also added that when she had the procedure, the changes were minimal because Belo discouraged her to change a lot with her lips.

“Very slight lang kasi ayaw ni doktora. Pero gusto ko talaga ‘yung parang patusok,” she revealed. ([The changes were] very slight because doctor Belo did not want [it to be too much.] But I really wanted it to be pointy.)

Apart from admitting the procedures she underwent, Gonzaga also talked about her married life with her husband, Lipa City councilor Mikee Morada.

“Parang na-inspire niya akong maging mabuting tao. Parang dati ‘yong iba (Before, with others), they bring out the worst in me. Si Mikee, he brings out the best in me,” she said.

She added that her husband taught her to be a “good girlfriend” by making compromises, something that she did not have to deal with in her past relationships.

Gonzaga announced her intimate wedding to Morada earlier this year, but she said that she still plans to have a grand ceremony. Weeks after fans speculated that she is pregnant, she said she does not plan to have a child anytime soon. JB

Read Next
How did ‘Game of Thrones’ become such a ‘phenomenon’?
EDITORS' PICK
Concepcion: Consider vaccine passes once herd immunity reached in NCR Plus
Patients evacuated as fire hits PGH
Tired of your Wi-Fi signal problems at home? Here’s a solution!
Must-know scams to avoid when buying cars
Average new COVID-19 cases daily in NCR down 30%
POVA x Mobile Legends Bang Bang: A partnership that’s built to win
MOST READ
Patients evacuated as fire hits PGH
Janet Jackson’s Rhythm Nation jacket sells for more than $81,000
Mikey Garcia ‘not getting hopes up’ as Pacquiao fight yet finalized
Only China to blame for PH loss of Panatag, says ex-DFA chief
Don't miss out on the latest news and information.