James Reid not taking path of least resistance with his music

James Reid has always let his music do the talking—and explaining—for him. The official music video of his latest single “Soda,” as smooth and stylish as it is catchy, was released last March 20, featuring a sci-fi story set on an alternate Earth in the Year 3038.

But in the Black Saturday edition of ANC’s chat show “LSS: The Martin Nievera Show” last weekend, which revisited portions of some of the Concert King’s favorite episodes (and featured guests like Iza Calzado, Jay R and Nadine Lustre), James explained why, instead of conveniently taking the path of least resistance, he is instead pursuing the sort of R&B-hybrid sound we’ve been hearing from him these days.

“With Careless (the record label he put up with his partners), I’m really just going back to the kind of music that I first fell in love with growing up,” James said in the interview. “And they’re not necessarily the sounds that are more popular now. My music has been changing a lot—it started mainly with R&B, then it became more like R&B pop and soul. Now, I’m playing around with a bit of funk.” 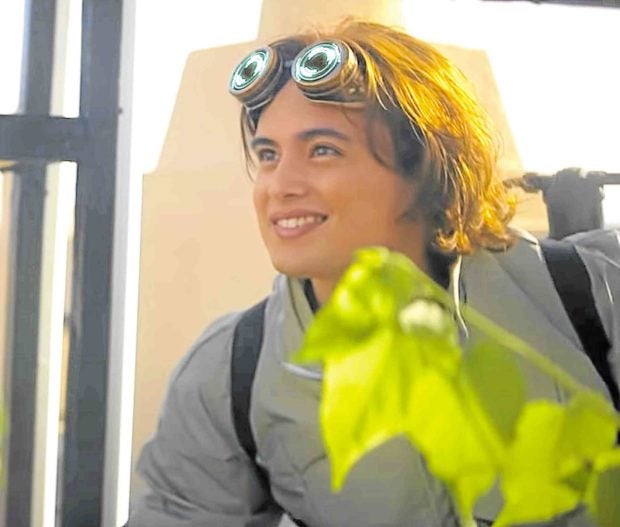 Reid in the music video of “Soda”

It’s this evolving musicality that is served well by having a music label of his own, James said: “I wanted to take a different direction with my music than from my acting career. Acting is very different from making music. I wanted more creative freedom [because] music is extremely personal.”

The singer-actor said this has given him and his creative process more elbow room.

“It’s made me just want to focus on the things that I know I love, instead of what I think other people will love,” James explained. “It’s definitely given me a deeper understanding of music production, and how it works. So, I’ve been focusing on that. And I don’t just get to do it for myself. Now, I can also do that for other artists.” INQ