While we didn’t have high expectations for JP Habac’s “Dito at Doon” because of its featherlight premise, we knew that the rom-com about “another lockdown romance” has three things going for it: First, it is produced by TBA, the indie-churning maverick studio that has, time and again, demonstrated its ability to shake up tired formula by putting a fascinating spin and perspective on cookie-cutter themes.

It also doesn’t hurt that the film is helmed by the insightful guy behind “I’m Drunk, I Love You” and “Sakaling Maging Tayo.” We even patiently sat through the director’s BL (boys’ love) “micro” series “Meet Me Outside,” Habac’s disarming foray into a category that has of late succumbed to the genre’s formulaic, “you’ve seen one, you’ve seen them all” contrivances.

But the movie’s biggest attraction is its female lead star, Janine Gutierrez, who has cleverly utilized her indefatigable candor (“Wag magreklamo? Hanggang kailan?”) to deliver portrayals that strongly resonate with viewers—from the bittersweet “Elise” to the gut-punching “Babae at Baril,” for which she won an Urian.

The rom-com couldn’t have come at a more appropriate time, released just one day before the déjà vu-channeling ECQ (enhanced community quarantine) lockdown. But it doesn’t take long before the prescient film proves how it can fill the tedium of regurgitated formula with tension and improv-driven chemistry between its unlikely lead actors.

These characters convey the seemingly disposable nature of life in the COVID era, mirroring the Filipino people’s shifting moods while the country is thrust deeper into a never-­ending cycle of uncertainty and hopelessness. 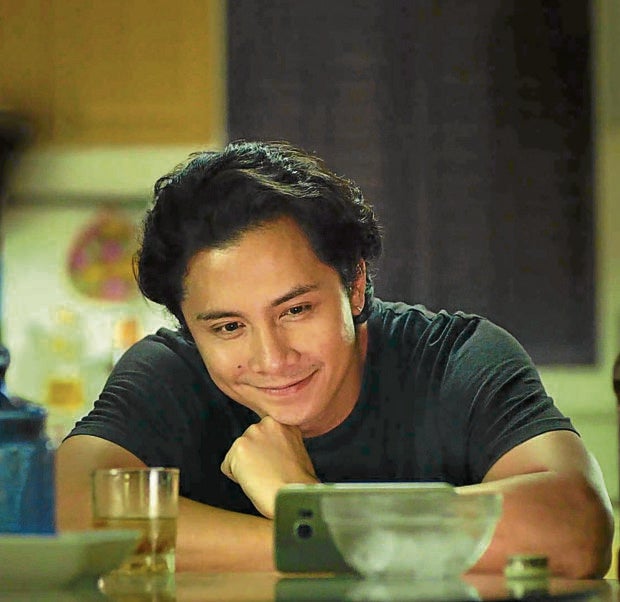 Only child Len is stuck in the apathetic bubble of her upper middle-class upbringing—a constant source of friction between her and her 55-year-old front-liner mother Aileen (Lotlot de Leon, who’s a joy to watch), an overworked nurse who often finds herself giving her free time up to help ease the country’s overwhelmed health-care system.

Ironically, Len’s relationship with Caloy begins after they bicker online over conflicting opinions about the government’s inept response to the pandemic. Five or six years ago, Caloy’s dreams of working as an overseas Filipino worker (OFW) were dashed after a calamitous run-in with an illegal recruiter.

Disheartened by the increasingly dwindling opportunities and resources in Manila, Carlo’s inability to fly back to his hometown in Cebu during the unceasing series of lockdowns to finally be with his mother Minda (Shyr Valdez) and two siblings is another low blow he’s trying to come to terms with—immediate concerns that quickly run roughshod over his promising romance with Len.

Does love win out in the end, as they do in those Star Cinema movies? It always does but, in this case, not in the way you think it would.

The movie has a premise that could have quickly gone south. But Habac spins his timely romantic yarn by framing it with the pertinent issues of the world without a heavy hand. This way, he keeps viewers rallying behind its star-crossed couple. Besides, there’s nothing mundane about the everyday struggles of people held hostage by a virus and a country just trying to keep its head above water.

Unlike directors with less-than-nifty storytelling skills, Habac astutely incorporates the production’s relevant themes by immersing his characters in them—like, when Len starts getting anxious upon hearing her exhausted mom cough at home after her long shift at the hospital, or when Carlo’s “kilig” is outweighed by his loneliness and palpable longing for his family.

Don’t get us wrong. The production is aided by breezy pacing, a theme song made memorable by Ben&Ben’s soul-stirring musicality, and inventive staging, particularly those involving Len and Carlo’s virtual one-on-one scenes.

Moreover, it also has a lot more situational fun—thanks to the “kwela” couple played by Victor Anastacio and Yesh Burce—and comedic froth than the aforementioned doom and gloom suggests. 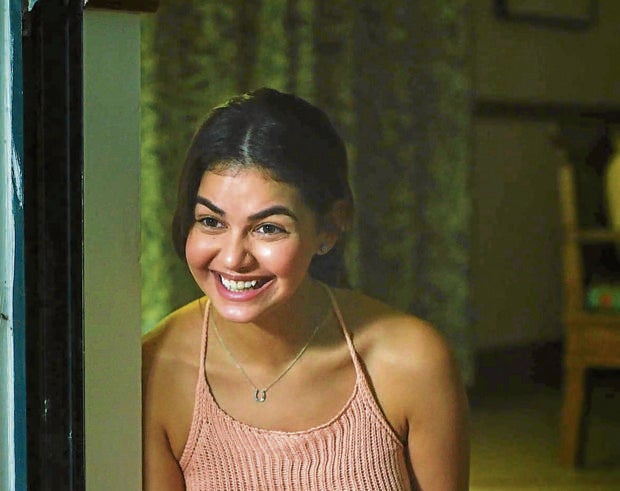 For instance, there’s a genuinely hilarious sequence that shows Len jumping the line at the grocery and getting her just deserts from the irate customer in front of her, etc.

To be honest, we were initially surprised by the unconventional pairing of Janine and JC. But while it isn’t the sort of partnership that would set a marquee ablaze, it nonetheless manages to defy the laws of onscreen chemistry with a tandem that banks on the former’s appropriate casting meshing well with the latter’s Everyman relatability.

Based on the tricky “tweetum” scenes Janine and JC are able to pull off, you’ll soon realize that theirs is a tandem that keeps its nose to the grindstone—and it shows.

With no teleserye-like shouting matches and slapping scenes, the film proves that less is more. While commanding the screen with her lovely and doe-eyed presence, Janine increasingly blurs the fine line between character development and personal conviction, and imbues her “woke” musings with an all-too-human, compassionate glow.

In fact, it’s a testament to the film’s thematic pertinence that you end up leaving the screening transfixed as much by its romantic elements as by the issues that keep you musing about the fleeting nature of life and the indispensability of love and family in an increasingly dangerous and cruel world. INQ