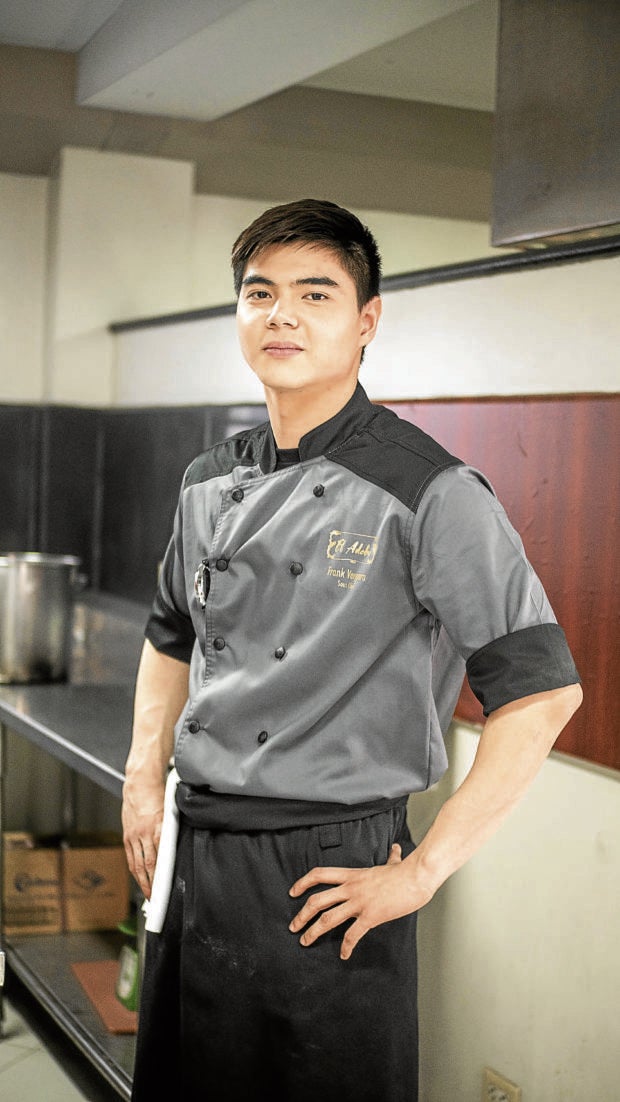 Like many former child stars, Paul Salas had a difficult time making the transition from youth-oriented projects to heavier roles—so much so that it had him thinking about quitting show biz.

He was 16, he recalled, and was excited about landing a more serious role in a soap opera. However, he found himself unable to deliver in an important scene.

“We spent almost the whole day trying, but I still couldn’t do it. So, the director told me that we would do it again the next day. I felt so down that time. I was chosen for the project, but I couldn’t do my job properly. I started overthinking,” Paul related in a recent virtual conference for the GTV (formerly GMA News TV) series “The Lost Recipe,” which ends today.

“Switching from children’s roles to something more mature was hard,” added the former “StarStruck Kids” finalist. “And there was a point then when I thought of giving up.”

But after a little reflecting, he realized that the pressure simply got into him, because he was overwhelmed and badly wanted to prove his mettle as an actor.

“Overthinking can be a hindrance; the more you do it, the more you’re unable to do your task. I tried to relax, compose myself. I reminded myself why I entered show biz in the first place: Because this is what I have always loved to do since Day 1,” he said. “I felt so much lighter after that. You just have to go for it.”

Now at 22, Paul can say that he has finally adjusted and continues to improve. He’s particularly happy with the projects he has been getting as of late, which had him playing a variety of characters—from a soldier in “Descendants of the Sun” to a chef in “The Lost Recipe.”

“Thank God, I have been given opportunities to do different things,” said Paul, whose character Frank is in a love triangle with Apple (Mikee Quintos) and Harvey (Kelvin Miranda). “We were able to show the pressures chefs face. It’s hard because their success can be dependent on reviews. We don’t see what happens in the kitchen while we wait for our food … And I’m happy we were able to show that we can do drama without villains.”

This project is special for Paul because he got to hone his skills in romantic comedies, which is one of his favorite genres. “I love Pinoy rom-coms. I watch a lot of them and I have managed to pick up pointers on how the leading men act,” related Paul, who also drew inspiration from his uncle Dingdong Dantes’ past films.

“My character here has a similarity to a role he has played in the past,” he told the Inquirer. “So I was able to get some tips from there. But of course, at the end of the day, it’s still about the emotions I give to my character. Ako pa rin ang magtitimpla … I’m happy my character was appreciated by viewers. That’s an achievement for me.”

“My character always puts in the effort without waiting for anything in return, may it be from a love interest or his family. And I hope that’s something the viewers can take with them even after the show ends,” the Kapuso talent added.

Doing “The Lost Recipe” also helped Paul fulfill another longtime dream—recording his own song. “I typically sing and play the guitar at home. Being able to record a song is unforgettable … a milestone” said Paul, who sang “Tama Ba o May Tama Na?,” one of the show’s theme songs. “I was so nervous during recording because I have never thought I would be in this position.”

Given a chance, Paul said performing is something he could consider pursuing more seriously.

“I do what I love to do. If this is something they want to explore, I believe there’s always a room for improvement. I can train more if I want to make that push,” he said. INQ