What to do with DJ Mo | Inquirer Entertainment
Close
menu
search

What to do with DJ Mo 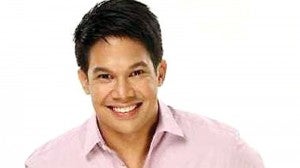 MO Twister and friends have apologized.

The suspension (two weeks without pay) was handed down on Wednesday, May 9—only hours after the hashtag (a Twitter term for categorizing messages) on Charice was posted while the DJs were at work on the show “Good Times with Mo,” its anchor, Mo, airing on podcast from New York.

The hashtag, which turned out to be a prank, apparently infuriated the United States-based Filipino pop star, who promptly expressed her displeasure, likewise on Twitter: “Too bad. Remember, you interviewed me? I thought you were nice. Anyway, I should talk to you FACE TO FACE.” This was punctuated with a smiley, but the last one sounded like a warning: “I hope you have a good lawyer.” This was reported widely on television, but she has since deleted her messages.

Ogie Alcasid reportedly promised to help Charice as president of the Organisasyon ng Pilipinong Mangaawit “if she approaches us.”

In a text message sent to Inquirer Entertainment, Alcasid pointed out: “It is really unfortunate that Twitter… can be misused and abused. I foresee our lawmakers enacting new laws so this can be controlled.”

Angeli Pangilinan-Valenciano, wife and manager of Gary V, added: “Twitter is media and just like radio, TV and print, it can be abused. Responsible use of this powerful tool should be encouraged. The strength of Twitter is also its weakness. There is an absence of legislation on Twitter decorum. It is poison for minors! Mo is a dear friend, but I do not condone malice of any sort. I was relieved when he apologized.”

Although the three jocks indeed apologized to Charice, still via Twitter, a number of users have taken Mo to task. One said Mo should be “suspended permanently,” and an informal poll 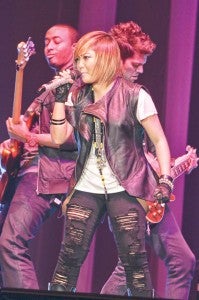 CHARICE did not find the hashtag prank funny at all. GEOFFREY YUSOONCHO

on whether Mo should be banned from Philippine radio yielded the following results: 84 percent yes; 8 percent no; 8 percent don’t care.

This is not the first time that Mo is getting flak for his devil-may-care attitude as a show-biz personality and broadcaster. He has incurred the ire of people for his reckless treatment of his romantic relationship with Rhian Ramos—the reason he has retreated from the public eye.

He has described the hashtag incident as “a dumb and cruel joke… an attempt to be funny at her (Charice) expense… It’s with deep regret that we have come to learn that.”

Charice, who has declined to comment further on the issue, arrives Monday in Manila to prepare for her stint as one of the judges on ABS-CBN’s “The X Factor Philippines,” a reality talent competition based on the original United Kingdom show created by Simon Cowell.