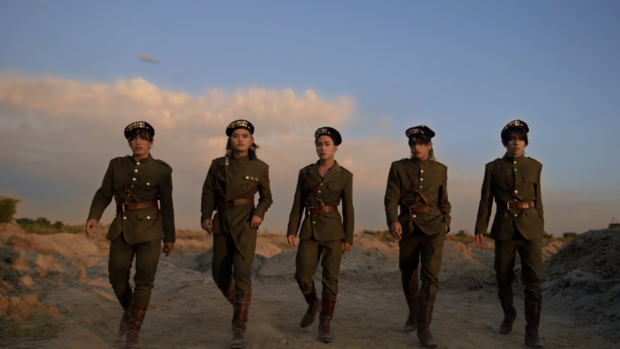 P-pop band SB19 is set to give their fans a glimpse of their journey into fulfilling their dreams through the docuseries “What: The Making Film.”

SB19 is seen preparing, recording and rehearsing their dance routines in the docuseries’ teaser released on their YouTube channel yesterday, March 29. The band also showed some behind-the-scenes footage of their music video, photoshoots and emotional moments in between rehearsals.

After the release of their song “What?”, SB19 promised fans that the song and the accompanying docuseries will let fans in on their identity as individuals and as a group. For them, the song signifies them “raising their flag” and being proud as they introduce their “true selves.”

SB19 took the top spot on Twitter’s worldwide trends list with “#SB19WHATMVOutNow” when they released the music video for “What?” on March 9. It marks their comeback since they first released their album “Get in the Zone” in last July. The music video has garnered over six million views, as of writing.

“What: The Making Film” will be released in five parts and can be watched on SB19’s official YouTube channel every Friday, starting April 2. JB