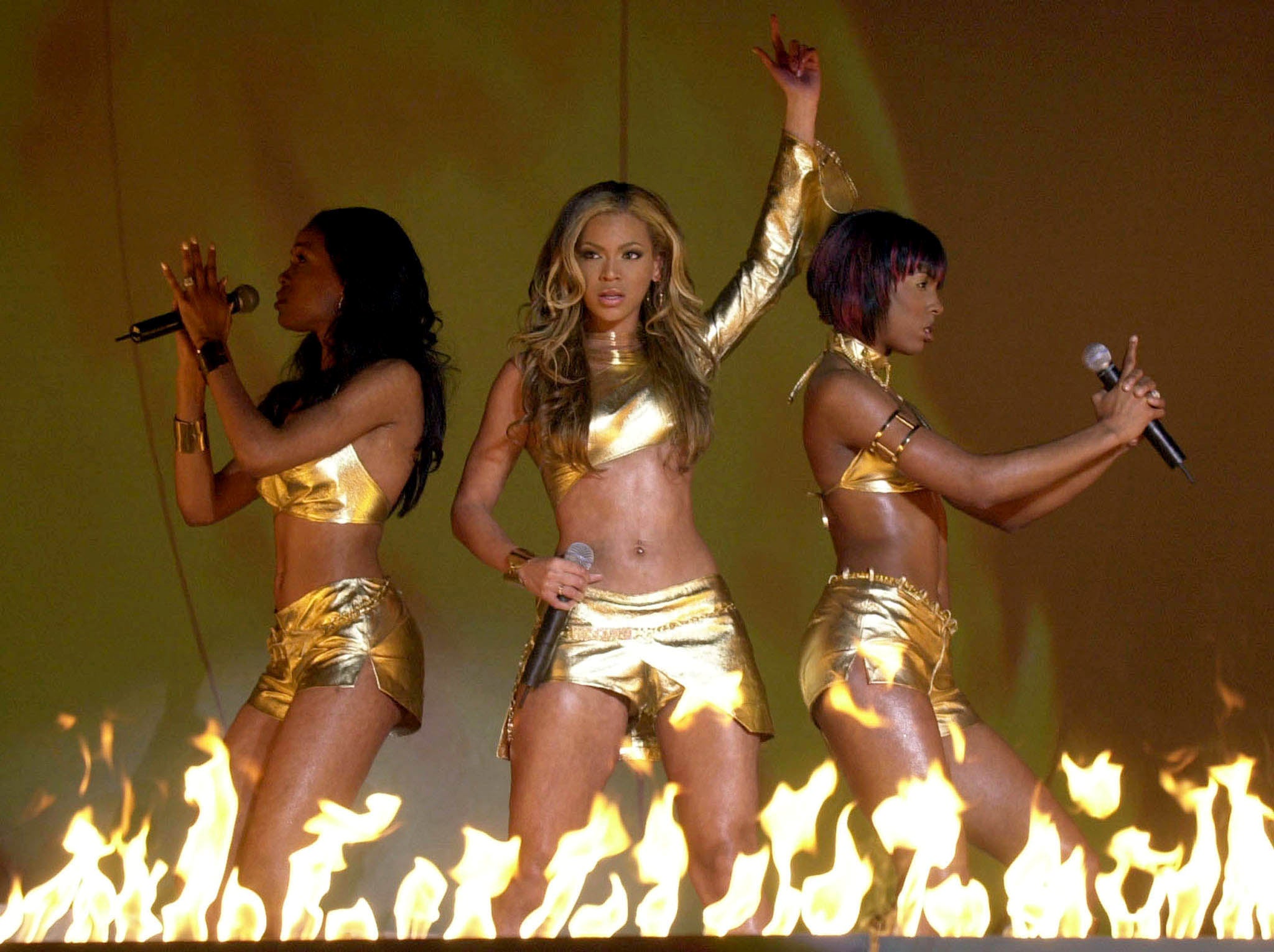 Destiny’s Child (L-R) Michelle Williams, Beyonce Knowles and Kelly Rowland perform during the Brit Awards at the Earls Court arena in London February 26, 2001. The Brit Awards are the British music industry’s equivalent of the Grammys, the biggest and most revered music awards ceremony of the year. WAW/AA/SV / file photo

LOS ANGELES  – Stage costumes worn by pop group Destiny’s Child at the height of their fame are hitting the auction block in June, along with gowns belonging to Lady Gaga, Whitney Houston and Cher.

Julien’s Auctions said on Monday that it was selling more than 100 lots of costumes owned and used by Destiny’s Child members Beyonce, Kelly Rowland and Michelle Williams during the late 1990s and early 2000’s.

The outfits include the coordinating gold leather costumes worn by the three “Survivor” singers during a VH1 television tribute to Diana Ross in 2000, and the trio of futuristic metallic red and silver leather jumpsuits the women wore in their “Independent Women Part 1” music video that was the theme song for the 2000 movie “Charlie’s Angels.”

“These three outfits are so iconic and represent such an important song,” said Martin Nolan, executive director of Julien’s Auctions.

The dozens of costumes, most of which were designed by Beyonce’s mother Tina Knowles Lawson, are expected to fetch between $600 and $10,000 each at the three-day auction in Beverly Hills on June 11-13.

Julien’s said the outfits were donated by the families of the Destiny’s Child singers after spending years in storage. A portion of the proceeds will benefit MusiCares, the charitable arm of the Recording Academy that has helped musicians who are struggling because of the coronavirus pandemic.

Destiny’s Child, one of the most influential female groups of early 2000s, went through several lineups and officially split in 2006. Beyonce went on to forge a huge solo career.

Other items up for sale in June include an Atelier Versace gold gossamer gown worn by the late Whitney Houston for a performance in Paris in July 1998 (estimated at $20,000 – $30,000), and the net bodysuit and motorcycle jacket outfit worn by Cher in the 1989 music video for “If I Could Turn Back Time” that last sold at auction five years ago for $60,000.