Corey Reynolds and Levi Fiehler on aliens, lockdown blues and their advice to their characters | Inquirer Entertainment
Close
menu
search

Corey Reynolds and Levi Fiehler on aliens, lockdown blues and their advice to their characters 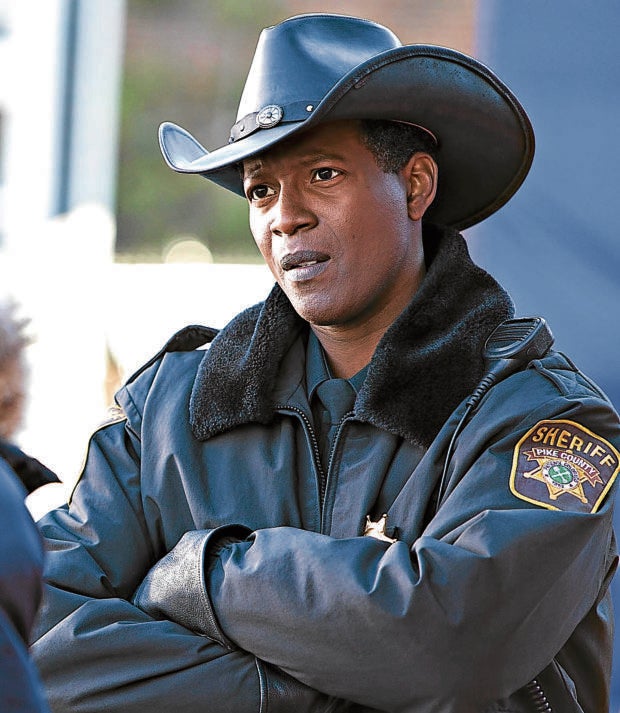 Our favorite new show this season “Resident Alien,” which wraps up its 10-episode pilot season at 10:40 p.m. on Fox this Thursday, is getting a new lease on life—and we’re stoked about it. But we aren’t the only one who’s been swept off our feet with its fresh, irreverent humor and old-school allure.

Other than its 93-percent approval rating on Rotten Tomatoes, the show has also been a ratings darling for SyFy and the NBCU networks—in fact, in terms of viewership, it is the most-watched new cable drama in the last year.

The series, about an alien (Alan Tudyk) who crash lands on Earth and pretends he’s human after his mission to blow all of humankind to smithereens fails, also owes its unforced charm and viewability to its company of adorable actors.

For Corey, who originated the role of Seaweed in the Broadway adaptation of “Hairspray,” the show’s success has been long, hard-earned and bittersweet. “We shot its pilot when Brett Kavanaugh was being confirmed to the Supreme Court (in October 2018), then we went back up to Canada.

“Then, I remember we had just finished the table read for the 10th and final episode, and they came in and said, “Alright, we’re done [because of the shutdown], everybody—go home and pack your bags. We don’t know when we’re coming back.

“But we had one more episode to film, and we needed some pickup scenes from stuff earlier in the season. So, when we did finally get the OK to come back, we had to quarantine for two weeks!

“And when I say quarantine, it means we could not walk out the front door of the apartment they were putting us up for two weeks, our groceries from a list were dropped off by the production staff, we had to wait for them to leave, then put on a mat to just open the door!

“For two weeks, my Xbox got a f*ck of a workout during that time because there really wasn’t anything else to do. But we all saw it as just another hurdle for this little show that could—we knew we had something special.” Doing character-driven shows like “Resident Alien” also allowed the actors to do some introspection.

Asked what he learned from his character, Corey said, “Truth be told, there’s a lot of Sheriff Mike in me (laughs). I’m not abusive the way that he is. But I do share his level of suspicion about things—that’s where our crossover lies. But I would never belittle Elizabeth Bowen, who plays my deputy Liv Baker, the way Sheriff Mike does.”

“For me, the big thing that I get from Ben that I relate to is that he’s a people pleaser,” Levi said. “He wants to make everyone happy, but this proves to be difficult to do when you’re in a place of political power as the mayor of the town. You obviously can’t make everyone happy, and I definitely relate to that. Even when I’m on set, I’m constantly looking over other actors and saying, ‘Is this OK?’”

Cory, however, sees Levi’s “people-pleasing” ways in a more flattering light. “Dude, you’re a f*cking genius! Levi has this ‘understated awesomeness’ that makes him even more awesome. It’s almost sickening to see someone so talented not realize how gifted he is.” Aww, guys! Since it took them a lot of time to develop and warm up to their respective characters, we asked Levi and Corey what advice they’d give to Mayor Ben and Sheriff Mike if they could meet them.

Levi, on the other hand, said that he’d probably not enjoy meeting Ben at all. “I’d probably not like Ben. I’d say to him, ‘You are annoying! We both need to go to therapy, because we’re neurotic, insecure weirdos (laughs).”

Given their relative success in the field of acting, do Levi and Corey ever feel like an alien?

“Sometimes, I feel that way when I’m guesting in other shows,” Corey admitted. “I’m not going to say what program it is, but I recently guested in one during COVID, which made me feel even more of an alien. When you’re the new person coming in just for a day, you definitely feel like an alien asshole (laughs).”

Levi likens his own experience to a school dance. “It’s like going to a high school prom. I’ve always felt the social anxiety and wondered, ‘Why am I the only one who’s having a hard time with this (laughs)?’” 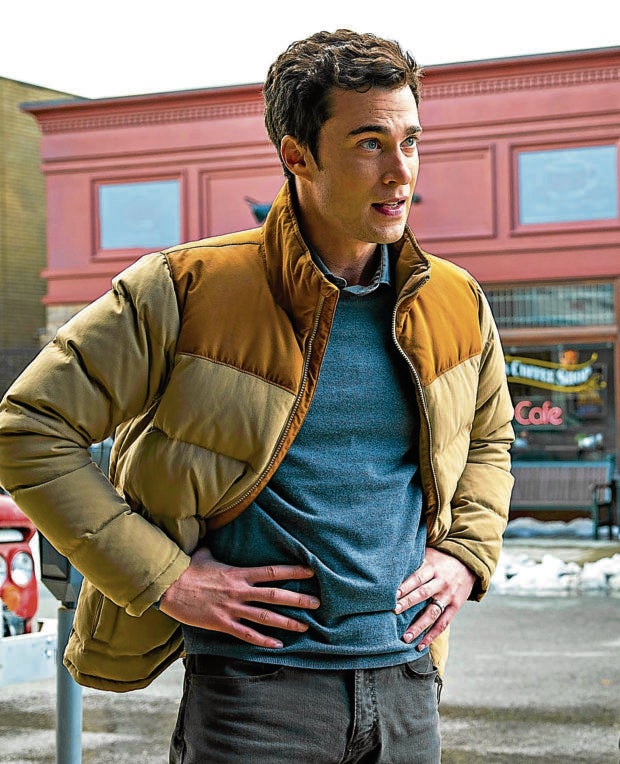 Noting how physical the show sometimes gets, the duo mused about the stamina and energy required for some of the scenes.

“The physicality of the show makes the job more fun,” Corey said. “I mean, I come from theater. I was on Broadway, in a show called ‘Hairspray’—for which I was nominated for a Tony but did not win—but the physical component of this show comes naturally. It’s a lot of fun for me.”

“I’m the complete opposite,” Levi interjected. “When I first saw the pilot, there’s a scene where I’m just walking away from Alan, and I looked like Herman Munster (of ‘The Munsters’) going down the street. So, yes, the physical stuff is hard for me. We have some scenes later in the season where we had to do some choreography—and I don’t think I’ve ever gotten it. I think they had to edit around all that because it didn’t look good at all!”

Corey added, “Yeah, when we get to Season 2, they’ll likely have less physical stuff for you to do (laughs). You’ll probably be sitting—or we can put Mayor Ben in a wheelchair!”

The show has a rich lineup of fascinating characters. If they could get a shot at playing another character in it, who would they rather play?

“I would love to be Harry for an episode!” enthused Corey. “One of the best parts about working with Alan is seeing just how clever and gifted and talented and funny he is. He created these mannerisms for Harry that were just funny as f*ck! Sometimes, it’s hard to keep it together—and that can be very distracting when you’re in a scene with him.”

In Levi’s case, he said he’d like to play D’Arcy, portrayed by Alice Wetterland.

“For the pilot episode, D’Arcy was written as a very bubbly and flashy character. But the way Alice plays her, she’s so deadpan and sarcastic. I just love that kind of comedy, and I think Alice nails it! I see her scenes, and I’m like, ‘Oh my god, I would love to do an Alice impression—as a tribute!” INQ“

Read Next
What Rosanna Roces and newfound friend Sharon Cuneta have in common
EDITORS' PICK
OPINION: Mischief Reef – where it all started
POVA x Mobile Legends Bang Bang: A partnership that’s built to win
Infants bundled off; no one hurt in PGH fire
Tired of your Wi-Fi signal problems at home? Here’s a solution!
Fire-damaged PGH calls for donations
CPA Australia and their designation: Advance your career
MOST READ
Leonen impeachment case moves forward in House
Hot, humid weather for PH on Monday — Pagasa
Longest recession since Marcos era
Long working hours are a killer, WHO study shows
Don't miss out on the latest news and information.