After 10 years, Ryan Reynolds finally weighs in on ‘Green Lantern’

Just before “Zack Snyder’s Justice League” created quite a stir for HBO Max and HBO Go last Thursday, there were speculations that, other than the Martian Manhunter (Harry Lennix), the DC superhero “sightings” the studio teased prerelease would also involve Hal Jordan, played by Ryan Reynolds in the critical and commercial bomb “Green Lantern” 10 years ago. 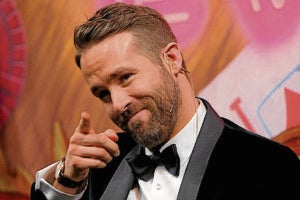 Ryan claimed he had never seen the film and has since found success with his portrayal of Marvel’s wisecracking Deadpool.In interviews to promote @SnyderCut, Zack admitted that he did toy with the idea of bringing Ryan back as a Green Lantern, although not as Hal Jordan—an idea too lofty to pull off given his limited time to finish the film. Although isn’t Ryan a little too gorgeous to play Guy Gardner, too mature to play Kyle Rayner, or too “contemporary” to play Alan Scott?

Trending Last Thursday, when the #SnyderCut broke the internet and became the Philippines’ No. 1 trending topic because of its initially problematic rollout on HBO Go, Ryan tweeted that he “finally did something I’ve never done: Actually watch Green Lantern.”

Ryan’s verdict? “Hundreds of incredible crew and cast members did amazing work,” he weighed in, noting that his wife Blake Lively was also in it. “And while it’s not perfect, it ain’t a tragedy. Next time, I won’t wait a decade to watch.”

FEATURED STORIES
ENTERTAINMENT
Dave Bautista on his Filipino grandfather, living with regret and being around superheroes and zombies
ENTERTAINMENT
John Lloyd Cruz makes official showbiz comeback under Maja Salvador’s talent agency
ENTERTAINMENT
LOOK: James Reid is high up on a billboard at New York’s Times Square
Read Next
Nicole Scherzinger’s love advice: Work on yourself
EDITORS' PICK
Tired of your Wi-Fi signal problems at home? Here’s a solution!
POVA x Mobile Legends Bang Bang: A partnership that’s built to win
Infants bundled off; no one hurt in PGH fire
OPINION: Mischief Reef – where it all started
Must-know scams to avoid when buying cars
Fire-damaged PGH calls for donations
MOST READ
Leonen impeachment case moves forward in House
Hot, humid weather for PH on Monday — Pagasa
Mischief Reef – where it all started
Woman believed to be dead wakes up minutes before her cremation
Don't miss out on the latest news and information.