Julia Barretto to Gerald Anderson: 'Thank you for sharing your world to me' | Inquirer Entertainment

Julia Barretto to Gerald Anderson: ‘Thank you for sharing your world to me’ 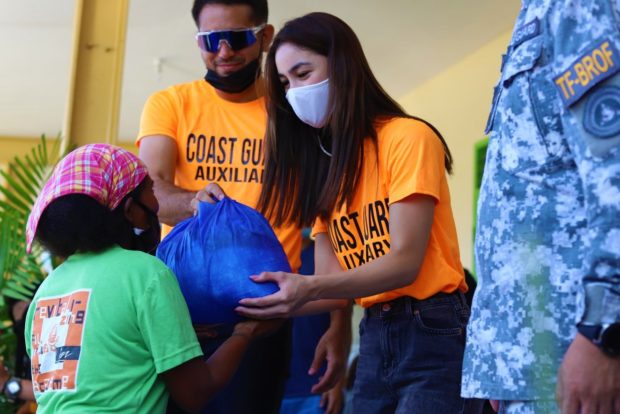 Julia Barretto (R) and Gerald Anderson give relief goods to a member of the Aeta community. Image: Facebook/@coastguardph

Julia Barretto is becoming more open about her relationship with Gerald Anderson, as she sent out a short message for him, expressing her gratitude for the actor.

“Thank you for sharing your world to me,” Barretto stated in her Instagram Story yesterday, March 17. Her message was accompanied by a photo of herself with Anderson, distributing donations to 300 Aeta families during his 32nd birthday celebration.

This event was their first public appearance together since confirming their relationship. 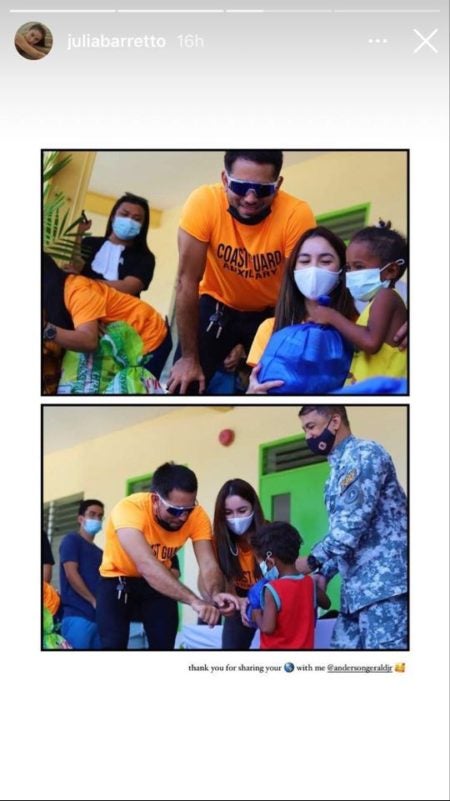 “Doing our little part,” the actor responded to Barretto’s message in an Instagram story on the same day. 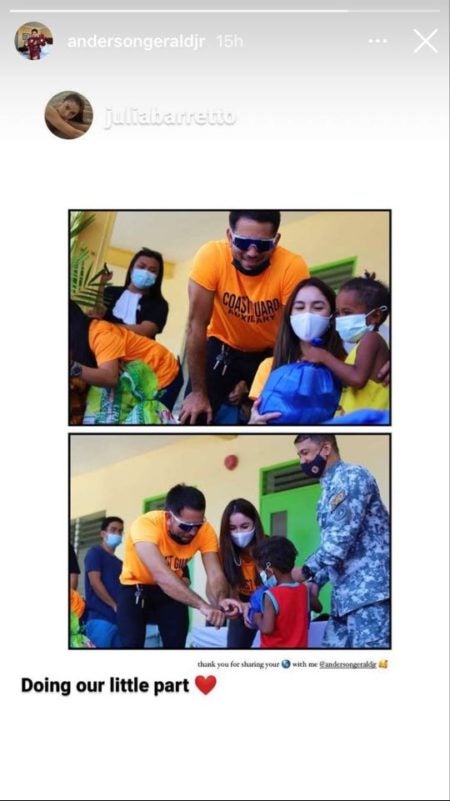 Barretto’s message to Anderson is one of the first few times that the young actress opened up to fans and followers about their relationship. In her first public display of affection, she greeted Anderson on his 32nd birthday with a photo of them together, showing him kissing her on the cheek.

Anderson confirmed his relationship with Barretto in an exclusive interview with Boy Abunda released on March 5. He also denied ghosting his ex-girlfriend, actress Bea Alonzo. JB