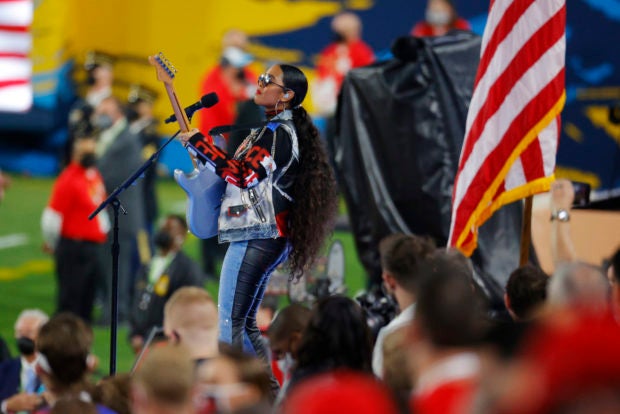 LOS ANGELES — The writers of “I Can’t Breathe” by R&B artist H.E.R won the song of the year Grammy on Sunday in a stripped-down ceremony aimed at moving past the devastating effects of the coronavirus pandemic on the music industry.

The song of the year award recognizes writers rather than performers and was written to mark the Black Lives Matter protests in the United States last summer.

“That fight we had in us, the summer of 2020, keep that same energy,” H.E.R said, while accepting the award.

She later took the stage with Cardi B for a performance of their raunchy summer hit single “WAP.”

Styles, wearing a feather boa over a bare chest, and Eilish, sporting her trademark green hair, kicked off the socially-distanced ceremony, playing in a room empty apart from a handful of their peers.

Hosted by Trevor Noah, the hybrid ceremony was packed with pre-recorded and live performances by the likes of Lipa, Swift, DaBaby, Black Pumas and Mickey Guyton.

It took place both indoors and outdoors in Downtown Los Angeles but mostly without the elaborate sets and special effects that traditionally mark the highest honors in the music business.

“We’re hoping that this is all about what 2021 can be, full of joy, new beginnings and coming together. Never forgetting what happened in 2020, but full of hope for what is to come,” Noah said.

Live music, touring and festivals were crushed in 2020 by the pandemic but some of Sunday’s awards were announced at small venues in cities like Nashville.

“Thank you to the Grammys for putting this together and letting us, at least, kind of be together,” said Miranda Lambert winner of best country album for “Wildcard.”

Earlier on Sunday, BTS lost in the best pop duo or group performance against Lady Gaga and Ariana Grande for their single “Rain on Me.”

The seven-member band from South Korea had been hoping to be the first K-Pop act to win a Grammy after a breakthrough year in the United States for the genre. They’re set to perform their hit English-language single “Dynamite” from South Korea later on the show. 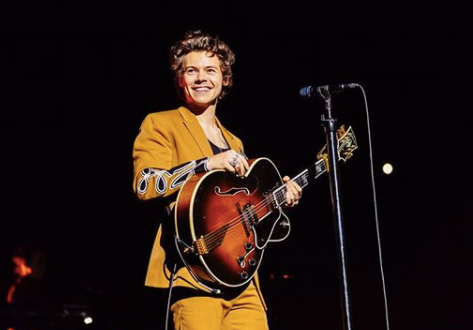 The top prizes album and record the year are expected to be announced towards the end of the three and 1/2 hour telecast.

Lipa’s “Future Nostalgia” and Swift’s surprise lockdown album “Folklore” are seen as the top contenders for album of the year.

Kanye West took the Grammy for his gospel album “Jesus is King,” while Beyonce also won best music video for “Brown Skin Girl,” which she shared with her nine-year-old daughter Blue Ivy. Eilish, 19, who dominated last year’s Grammys, won for her theme song to the upcoming James Bond film “No Time to Die.”

The winners are chosen by some 11,000 voting members of the Recording Academy. JB