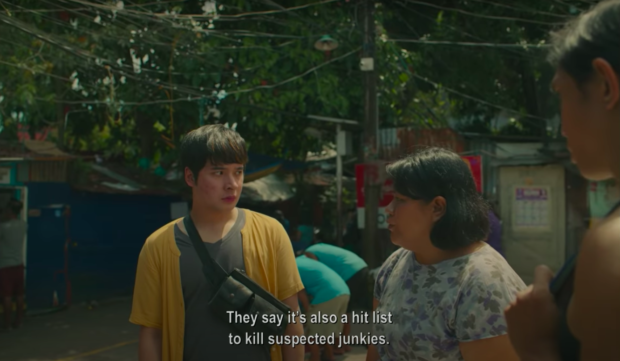 The latest film from acclaimed writer-director Jun Robles Lana gives a different look into the country’s ongoing drug war, seemingly from the lens of one who doesn’t understand his own role in it.

The trailer for “Big Night!,” which was released yesterday, March 13 on YouTube, follows Christian Bables as Dharna, a gay beautician who just discovered that he is part of a watchlist.

He is told not to worry if he has done nothing wrong, but Dharna cannot help but fear for his life. Oplan Tokhang has taken thousands of lives since its launch in 2016 under the Duterte administration.

Dharna tries to get to the bottom of things, enlisting the help of community members to clear his name. The cast includes esteemed actors Eugene Domingo, Ricky Davao, Gina Alajar, John Arcilla and Janice De Belen.

The film started shooting in January 2020 and wrapped up in mid-2020, according to Lana on his social media accounts.

“Like most of us, Dharna chooses to remain silent in the face of so much social injustice. That way he thinks he’s safe,” Lana said of Dharna’s character last July.

Lana, who wrote and directed “Big Night!,” quipped on Twitter last March 5: “I would have called this film ‘Pigs Of Manila.’ But I was told it might ruffle some feathers. So I went with ‘Big Night.’ Of course I don’t want to offend pigs.”

The award-winning filmmaker is known and regarded for his movies that carry strong social statements, such as the predicament of HIV patients in the country with “Kalel, 15,” and martial law rule with “Barber’s Tales” and “Anino sa Likod ng Buwan.”

“Big Night!” is set for release “as soon as possible.” JB