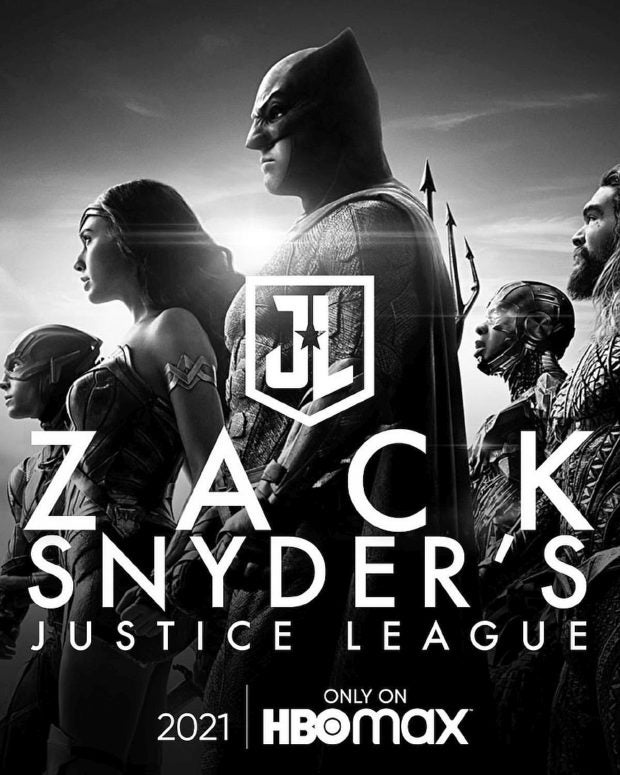 The highly anticipated “Snyder Cut” of the 2017 film “Justice League” was accidentally streamed over a week ahead of its premiere on HBO Max.

Subscribers of the said streaming service discovered the apparent glitch when they were trying to watch the new “Tom & Jerry” movie, but were given the DC Extended Universe (DCEU) film instead, as per The Hollywood Reporter yesterday, March 8.

“Zack Snyder’s Justice League was temporarily available on HBO Max and the error was addressed within minutes,” HBO Max has since said in a statement.

The said glitch was first publicly announced on Twitter by one Doug Bass, who confirmed to the American magazine that he was trying to watch “Tom & Jerry” when the DCEU film played.

“I just wanted to put on Tom & Jerry for background noise while I worked, and instead I watched an hour of an amazing movie,” Bass was quoted as saying.

When Bass restarted the film, however, “Tom & Jerry” correctly streamed as the error was fixed. Several other users including The Hollywood Reporter staff also encountered the same glitch when trying to watch the said movie.

Those who posted screenshots of the film on Twitter have since received takedown notifications from the social media platform on behalf of Warner Bros. to avoid spoilers for the film.

Officially titled “Zack Snyder’s Justice League,” the DCEU film is supposed to air on March 18 on HBO Max; it will run for around four hours.

It will retell the story of the DCEU’s heroes – namely Superman, Batman, Wonder Woman, Cyborg, Aquaman and The Flash – coming together to thwart the threat of Darkseid’s minion, Steppenwolf, and his Parademons on earth.

The Snyder cut will be airing as a four-episode event under HBO Max, the magazine reported back in October 2020.

The 2017 “Justice League,” which had been heavily criticized among superhero fans and moviegoers, was initially directed by Snyder before Joss Whedon took over.

Snyder had to let go of the project back then due to his daughter’s death. Warner Bros. recruited Whedon to take his place. Reshooting and continuing production, he left some of Snyder’s unfinished scenes out of the final cut. Ian Biong. /ra