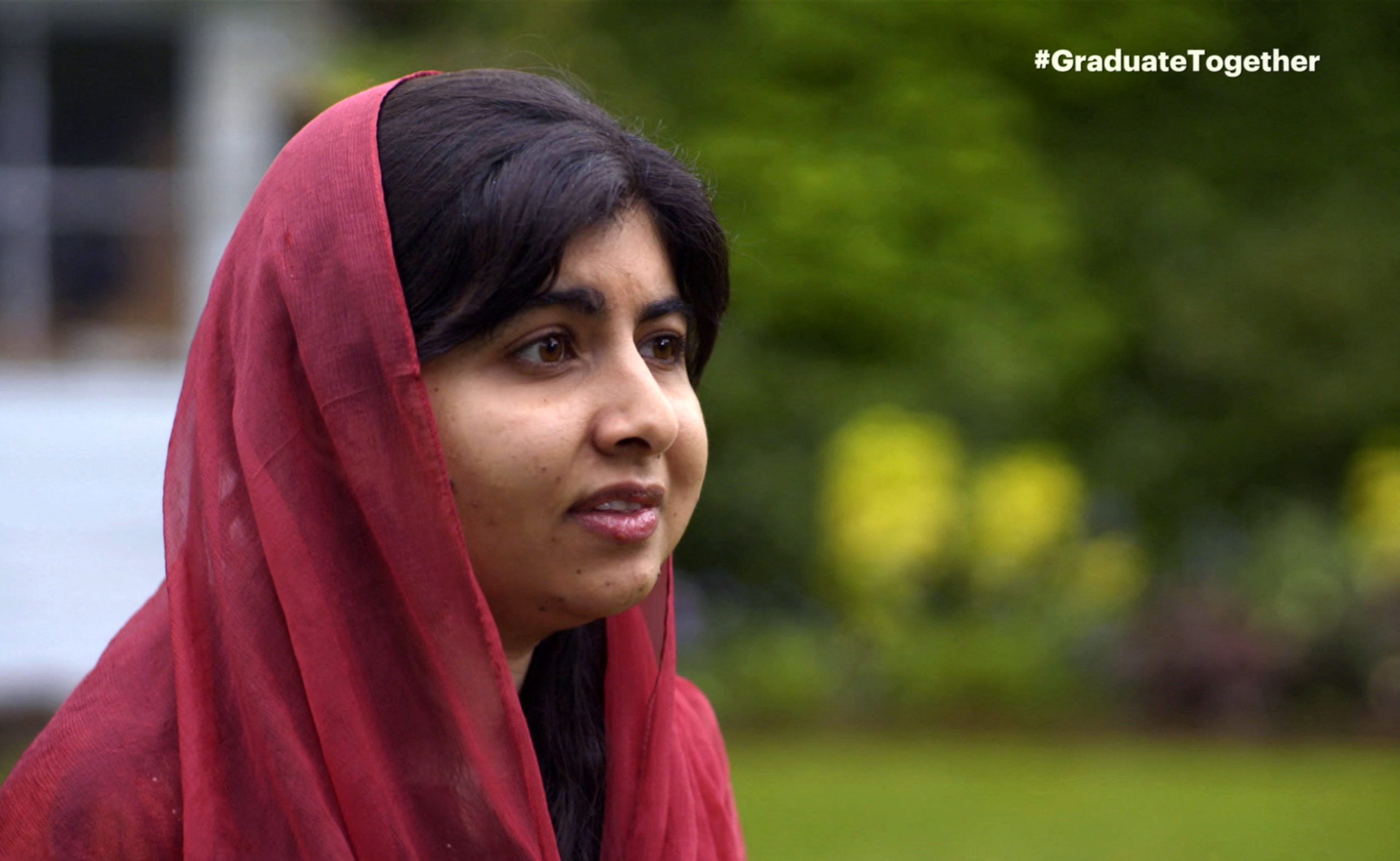 UNSPECIFIED – MAY 16: In this screengrab, Malala Yousafzai speaks during Graduate Together: America Honors the High School Class of 2020 on May 16, 2020. Getty Images/Getty Images for EIF & XQ/AFP (Photo by GETTY IMAGES / GETTY IMAGES NORTH AMERICA / Getty Images via AFP)

Islamabad, Pakistan — Pakistani activist Malala Yousafzai, who won the Nobel Peace Prize as a teenager after surviving a Taliban assassination attempt, has signed a deal with Apple TV+ that will see her produce dramas and documentaries that focus on women and children.

The multi-year partnership would “draw on her ability to inspire people around the world,” the company said in a statement, adding that content would also include animation and children’s series.

“I’m grateful for the opportunity to support women, young people, writers, and artists in reflecting the world as they see it,” the 23-year-old was quoted as saying.

Yousafzai earned the wrath of the Taliban as a 10-year-old in rural northwest Pakistan when she began campaigning for education rights for girls.

At the time, the Pakistani Taliban had gained a significant foothold in the Swat Valley, imposing a fundamentalist version of Islam on areas they controlled — banning education for girls and employment for women.

Yousafzai drew international attention with a series of blogs and articles she wrote about everyday life and hopes for a better future, but her fame incensed the Taliban, whose leadership ordered her murder.

In October 2012, a Taliban assassin shot the then-15-year-old as she rode home on a bus from school. The bullet struck near her left eye, went through her neck and lodged in her shoulder.

She recovered after months of treatment at home and abroad before co-writing a best-selling memoir titled “I am Malala,” which drew even more international attention.

Yousafzai was awarded the Nobel Peace Prize as a 17-year-old in 2014, sharing the award with Kailash Satyarthi, a children’s rights activist from India.

She graduated from Britain’s Oxford University last year and has since created a digital publication for girls and women, and formed her own TV production company.

“I believe in the power of stories to bring families together, forge friendships, build movements, and inspire children to dream,” she was quoted as saying in Monday’s statement.