Sharon Cuneta’s message to her younger self, advice to loyal fans 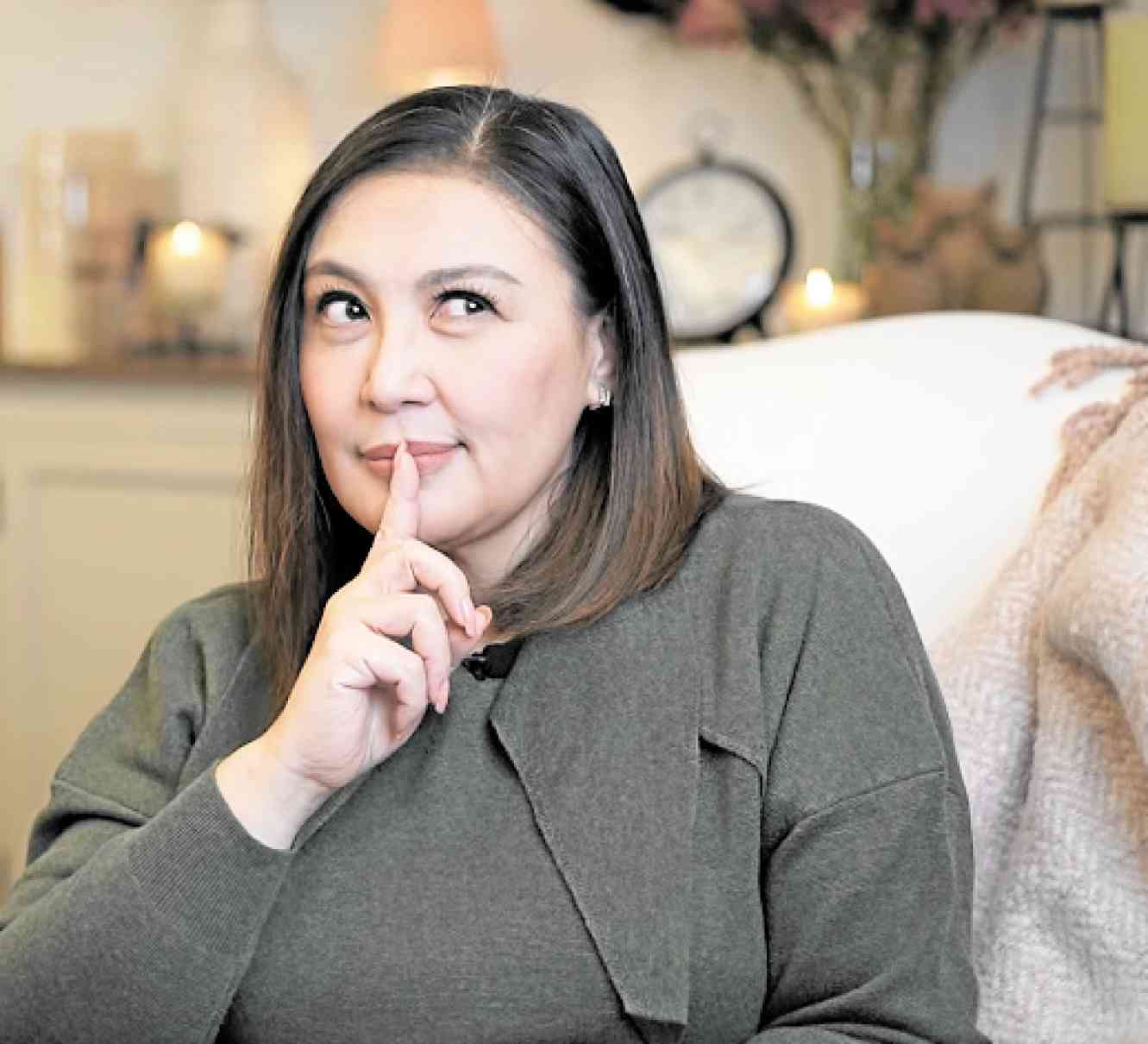 Marry later,” said singer-actress Sharon Cuneta when asked what two-word message would she send her younger self if she could.

Sharon was first married to actor Gabby Concepcion, father of her eldest daughter KC, from 1984 to 1987. She was only 18 then.

“It’s hard to call it a mistake because it gave me a child, but I wouldn’t have married so early,” Sharon said in a Q&A session on “The Sharon Cuneta Show” that was recently uploaded on the Megastar’s Facebook account and YouTube channel.

“I would’ve enjoyed my single-blessedness first for a long time. I would’ve traveled more. I don’t know if I would’ve had the chance to study abroad like the original plan was. I was supposed to go to finishing school in Switzerland but that didn’t push through because I started my movie career and I enjoy it. It made me happy and it turned out to be my calling,” recalled Sharon.

“Although I was very happy when I found out that I was pregnant with KC; because we were secretly married and I was tired of hiding from my parents,” she explained. “I wouldn’t have hurried.”

Sharon got married again, in 1996, to Francis Pangilinan, a lawyer and currently a senator. They have two daughters, Frankie and Miel, and an adopted son named Miguel.

As to how she is able to remain positive, especially now that the whole world is battling a pandemic, Sharon said: “When I was in my 20s, up to now, I still do this. I actually make a list of things I am grateful for.”

She explained: “If you start out with gratefulness in the morning, it makes a big difference in your life. It really, really does. So what you do is list down in one column all your blessings and things that you’re thankful for—even if it’s just a good cup of coffee or a good breakfast that you had. Then, on the other side, you list down all your concerns.”

The actress then pointed out that, “Not everything that’s upsetting you or making you worry is a problem. You have to learn how to differentiate between a problem and an inconvenience.”

She cited an example. “When you woke up, you thought, ‘Oh my! I have work today. I have to go to the office and traffic will surely be heavy again. Those are inconveniences—maybe because you have to wake up early for work or traffic is heavy. These are not problems.

“Real problems are things you have to deal with like bills to pay but you don’t know where to get the money from, especially during these times of Covid-19,” Sharon pointed out. “That’s not an unusual problem anymore. There are more and more people going through tough times so it’s best that you start out by being grateful.”

Problems always have corresponding solutions, Sharon pointed out. “Sometimes, it just takes a long while and a lot of patience to resolve. That happened to me before,” she recalled. “For seven years, I had a substantial debt. After those years, I discovered that I had a property that doubled or tripled in value, and had I sold it earlier, I wouldn’t have earned as much from it. That was such a big help for me in paying some of my debt. I still have some, but it’s a lot smaller than before.”

“So problems are like that,” she stressed. “If you choose to stay positive, even when life is hard, there are things that will surely make you happy.”

This has been scientifically proven, Sharon said. “If you listen to happy music, there’s something that happens inside your brain and it changes your mood. It’s similar to when you force yourself to smile even if you don’t feel like it. Doing it changes something in you,” Sharon carried on. “Sometimes, it’s the mind that tells your whole body what to feel—or if you listen to something, that’s another sense that tells your other sense to follow. You become happy.”

As for her advice to her loyal supporters, the Sharonians, she said: “Focus on the good things happening in your life. It’s tempting to pity yourself. I get into that; I know I have to snap out of it. I cry because I want to let it out, and then, I immediately make myself busy.”

Sharon further said: “If you don’t know how to start, just start. For example, I feel overwhelmed because there’s so much cleaning that’s needed to be done at home, I just start. Just do something. You’ll be surprised when you realize that you’ve already finished your chore. I read that somewhere and it worked for me. There’s nothing like starting off by being really thankful.”